1
Race of the Writers. FIRST EDITION
posted by Riku114
(So this is the first edition of two Race of Writers that Ive done as a group before. We were still figuring a few things out back then XD Anyways, Wanta suggested me posting things here.)


Race of the Writers. Is an artikel game series that serves as an exercise for RP-ers. In this game, 3 of meer writers participate where one person calls out a 1-3 word phrase in which the others have to write to with the 2 minuten they are given. The phrase must be implemented inside the writing though tense and minor changes to it does not matter.

Wanta: So one dag I went out and travelled to the New York City. I had heard alot there about it being incredibly busy, but oddly enough I was drawn to a small koop that was supposed to sell appel, apple Pies. I was curious and I tried the door. It was locked and I was going to leave, but a very pretty woman spoke up and offered to let me in. She introduced herself as the owner and we had quite the chat. So from that point on I know it not as the busy busy city, but as the Big Red appel, apple with incredible pies.

Wanta: Raven. Such a majestic creature. Except for Phil. From birth, Phil has always been a bit odd. From going straight for the nose dive after learning to fly to building his nest above the lion exhibit

Kitty: Silence. That was all she coukd hear as she stood alone in that wide open field. Behind ber stood the lonely and dilapidated house she had finally keft behind after sobmany years. Befire her spread a great field of what was seemingky nithing.

Riku: The Great Escape occured 5000 years geleden between the Gods. Thermis and Aphalin have always been enemies from the start of time though they were also fairly good rivals. Thermis has always liked to trap Aphalin inside small little cages locked away in the largest of dungeons and have him escape for Aphalin was the god of escaping and he was the god of capturing. One dag though after a large fight, Thermis decided to trap Aphalin inside somethign he would never

Kitty: "Hurry" The yiung boy stared down inti the vast bkack expanse beneath him with wide and worried eyes until a seconde call reached hus ears - "I'm fine don't worry!" To his relief, anither face appeared directly below his right foot - the face of a yiung gi. "See? I'm fine. We'll make it iyt fir sure." With a nod, the biy turned hisvfac

Wanta: My little sister was crying for weeks after I smashed her baby doll into a gazillion little pieces, and now I'm the one crying as she is chasing me down an alley with a gun. I'm not exactly what you'd call a law abiding member of society and she's not exactly what you'd call the most tolerant little sister about that. I am so busted and my cop sister is gonna be the one to do so, and it's all because of some stupid little broken baby doll...things really do come back to bite u in the end.

Riku: The young girl looked over her broken baby doll as a slow tear dripped down her eye. That doll was her favoriete of dolls and it was made of a beautiful ivory porcielin that covered the entire skin of the doll. Now the doll was chipped and for some reason, the once happy smile seemed to break into a tearful frown. The girl's tears dripped on the doll and something odd happened. The doll's frown vanished and changed into a smirk as it looked over at the girl. In an eerie and creepy voice in spoke "Dont worry hunny. I love you. I will ALWAYS love you."

Kitty: Laugh. That was all sbe could do, was throw back her head and kaugh as if she had gone insane,,and perhaps she had. The Black tinted rose in her right had skowly crumpled against her trembling fingers as she clenched ir, bright red liquid streamed down ber face. Of course. This wasn't so scary anymire,,was it? It was a game. a big, haooy, game, and these people were playpieces. Still laughing,,the girl slowlybrose to her feet and surveyed her work as thiugh proud of it. Her mother's head was

Wanta: "Black Stained Rose". That was her stage name I thought as I looked at the cover of the little pamphlet they handed me when I entered the theatre. I wonder why I was here. I was told that something spectacular was going to happen and that my ticket and zitplaats, stoel was already paid for. they were good seats too. Up high in the balcony in my own little area with a perfect view of not only the stage, but the audience itself. It seems someone wanted me to witness everything that happened in the room when whatever it was went down. I looked at the stage as the lights went

Kitty: "Momma!" The little chold pointed in excitement at the man standing on the straat corner. Her mother sighed,,sounding exasperated. She'd had a long and diffcult dag kr work, so it was no surprise that stopping for her daughter's every whim was wearing her down. "What is it now, Isa!" *accidently geplaatst here*

Riku: dough, my best friend is actually a pizza. Yes. Thats right. My friend is a real life living pizza monster. The story is a long one but I dont mind telling u it. u see, it all began one day. I was making a regular pizza for the regular customer, thowing the dugh in the air like any other day, toping it like any other day, but behind my back, my friend put some qeird ingredient in it. I believe it was a human brain and blood allowing it to come to life. When I put it in the oven, the fou

Wanta: The Kingdom of Gems is a very populair childrens book that was published over 50 years ago. this particular childrens book was written door the infamous CJ Harriet. CJ wrote over two hundred boeken in her career, but none were ever quite as populair as the Kingdom of Gems. Everyone always asked and wondered where she got her inspiration for that particular book.

Riku: The Kingdom of Gems, that is the kingdom I reside in. u would call me Jade, a beautiful gem and the prince, yes prince, of this kingdom. It was common that the Prince would be married off to another Kingdom to create allies, but if u personally asked me, I didnt want to. u see, here in my Kingdom, my one royal guard that had followed me around sicne I was young had to have become my..... my..... well my crush. She was beautiful and had long ruby hair better than one could ever imagine and like her hair, her name was Ruby. I wasnt sure if she had ever felt anything for me either and since my kingdom demanded it, I turned away from her and went off into the carriage to hea

Wanta: 8. the most symmetrical number there is, and as such, the most perfect number. Just look at it. It's two evenly sized circles right on top, boven of each other. No matter which way u divide it, each side is perfectly even. It is balanced. It is perfect. not at all like the number 7. 7 is a terrible number, but I like 8...no. I love 8. If I could, I would have everything come in 8's. 8 eyes, 8 legs. Spiders have 8 legs and 8 eyes. Spiders might have meer of a hold on what true perfection is than any other creature, of maybe not. Maybe th

Kitty: I like 8. It's really quite a fascinating number. Indeed, I adore it enough that I make sure to keep it somewhere beer ne wherever I go. I have sports shirts with the number on the back, A symbol of it tattooed on ny wrist, I onky work in groups of eight, I have exactly eight of everything in my room. Eight is so calming, i can't quite explain the sensation. It's . . . perfect. Is it because it's so even and symmetrical? Is it because so many wonderful things wonderful and unique happened when I was that age. I cannit tell.

Riku: A Red SUV, hell, I dont know what I Red SUV is. Well I always knew it was red but what did SUV stand for. I looked over my sholder too look around. Ah. SUV must stand for something awesome. u see. Many things can be made from the Letters S U and V. For example, S could stand for something horrible like scornful of scumbag of something great like special and sparkles. Regardless, I really didnt care about the Red SUV for myself but rather for my friend who zei he really wanted one. Taking a look down the hall I saw a r

Kitty: I glanced uo from the window directky to ny right, interruoted from my homework door a slight rumbking sound. As I peered out into dim light u often see during the evening I was quite surprised to see a red SUV slowly cruise down the road. Funny . . . hardly anyone ever cane down this road, ny house was so out of the way and isolated that gardky anyone coukd even discover it without extremely detailed directions. I honestky preferred it that way. Feeling quite
wantadog likes this 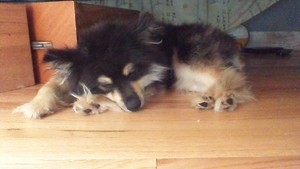 1
Pomer
added by ShadowFan100
5
Uaan
posted by Riku114
After taking a good long look over at the arguments and rioting that was going on yesterday as well as holding a bit of a conversation with Zeppie, I have to say something about this whole Uaan scenario. But before I say anything else I would like to address two things. Firstly, I am just as guilty as all of this as anyone else and in no way do I think I am better nor do I really have a place to even call anyone bad, so if I do (which I don’t think I will but in case) I take it back right now. Secondly, I still do not agree with Yumi at all. Just putting that last one out there. Oh I lied....
continue reading... 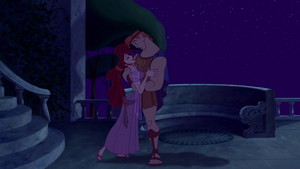 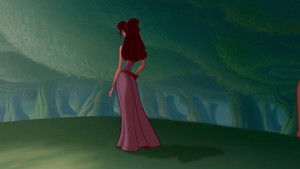 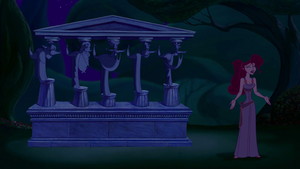 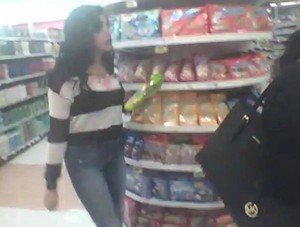 1
My best friend at Food City
added by Bratz4life

2
Cat and Dog
added by tanyya 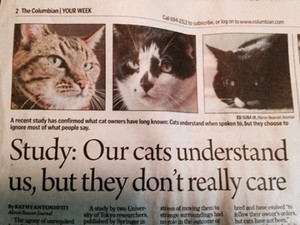 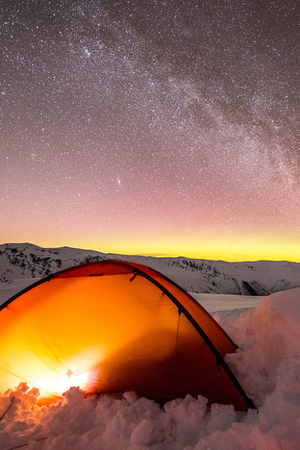 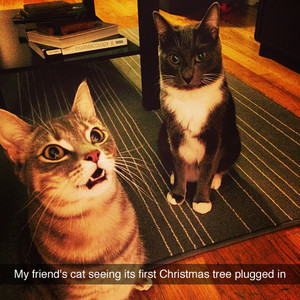 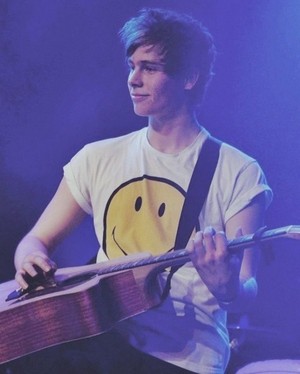 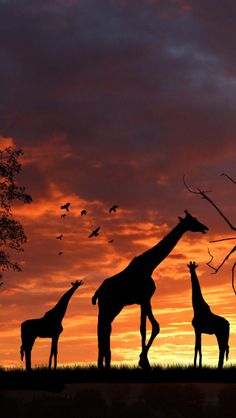 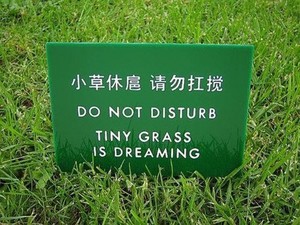