6
Why Spuffy Became So populair On Buffy the Vampire Slayer?
posted by adwbuffy 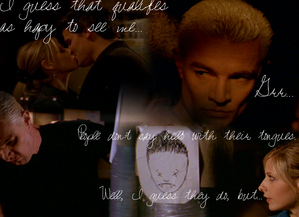 Ok, I've been noticing a lot now, most of the Buffy fans are both Spuffy & Bangel fans. I think the reason is that it was something different that came on the show. A slayer fallen in love with two vampires Angel & Spike.

When Buffy the Vampire Slayer first came on air. All the fans were interested with the relationship with Angel & Buffy. It was something about learning the meaning of "First True Love". All the fans would talk about Why Angel left Buffy?..We find this answer in Season 3, and Season 7 in Chosen..That still doesn't satifsy all the fans now. After the break-ups with Parker,Riley and Angel it was Spike's turn.. 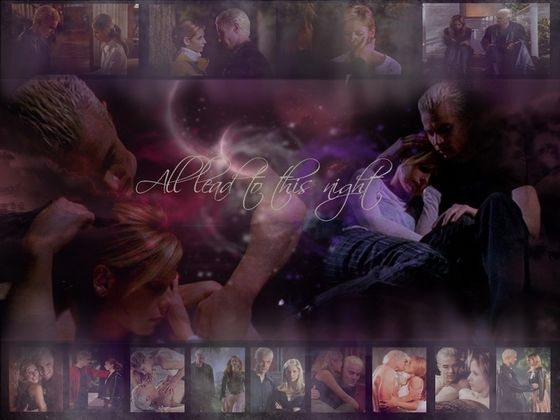 The relationship with Buffy & Spike was about love/hate. When they first met they were mortal enemies until Season 5. The most caring season about "TRUST". This season was about trust,Buffy starting to trust Spike to protect Dawn from Glory.After all the wars with Glory and leaving Dawn with Spike. Buffy discovered that Spike is love with her. She was so disgusted about that, she denied all the comotions with hate over Spike. She made a promise to him to protect Dawn while she is gone.

Season 6, is the darkest season ever on the show. With the relationship between Spike & Buffy, was in heat,when Buffy was brought to life, all of her vrienden don't understand what Buffy was going through until one person know the meaning about torment. "SPIKE", he zei to her that knows about Torment and how it feels. Buffy was in the moment about feeling alive again like to feel again. She had the most addictive relationship with Spike, something so not controling that Buffy never tasted before in her life. She wants meer of Spike, but she can't control it until her ex came door to open her eyes what she was and Spike was.The relationship with Buffy & Spike was over. Spike stills wants her, he raped, and got a soul for her.

THE BEGINNING OF TRUE LOVE

This is the season that all fans love with the relationship with Buffy & Spike.Its about compassion,denial,relying on each other,connections,and true love. When Buffy was in the war with "The First". She wants help because she thinks that theres no weapon to defeat The First. Buffy figures that Spike is the strongest warrior shes got on her team. However Giles and Willow wants Buffy to answer there vraag "Do u still love Spike?" another vraag that everyone wants to answer until the series final. u got your answer from the help of Angel. Pushing Buffy she does. The war was ended until Spike sacrifice himself to save the world for Buffy and everyone else.

Overal the relationship with Buffy and Spike was something different and something meer on the toon that gots everyone talking..
lovedeath26, x-missmckena-x and 4 others like this
SpikesGirl DAng, they were so PERFECT for each other. Opposites attract!
nmcil NICE - good exposition of the couple and the characters -
x-missmckena-x of course im completly disagree i think youve just romantisied it way too much! basically spike had nothing going for him buffy had everything he idolised her in a way then he stalked her and she took pity on him, and she kept using him and taking pity on him! you only see any kind of caring in parts of season 7 but shes always quick to jump to him being in the wrong, in a way she trusts him because she knows hes storong powerful and cant hurt humnas but with herself she doesnt trust him!
april_showers Interesting, I think you've hit the nail on the head in that a lot of people found it engrossing to watch their interaction progress, and I think you're honest in saying that the season 6 relationship was definitely not good, but that in season 7 they started to develop something healthy because Buffy began to trust him. However,x-missmckena-x makes a good point in saying that for much of season 7 Buffy still does not trust Spike - she needs him in the battle for his strength, but she doesn't trust him - she always jumps to the conclusion that he has done something wrong and does not believe for a moment that he is not killing again when the First is controlling him. However, she does trust him by the end, but I don't agree at all that Buffy loved Spike and not Angel (in your other essay you said that she told Spike that she loved him and not Angel, when Spike was punching his cartoon of Angel...what does she say exactly? I don't remember this at all, and I'm sure I would have because it would have made me scream at the TV in anger haha). Either way, I think the point is that Spike is the guy in her life at that time, but Angel is the one she wants if she's ever ready for a long-term relationship. He is the one she wants to spend her life with if she's ever ready for that, which says a lot. As does the fact that she refuses to let Angel wear the amulet because "I can't risk you", but she allows Spike to wear it, despite knowing that it could well be dangerous and could kill him. However, despite that lengthy ramble, I enjoyed reading your articles, they're interesting and tap into some of the important aspects of both relationships. Thanks!
23
Why A Soul Does Not Equal Emotions
posted by NikaDawson
Alright, well, this soapbox isn't very good, cause it got written in a hurry, but it's basically my thoughts on souls in the Buffyverse.

“We can love u know. Quite well, if not wisely.”

So zei door Drusilla to Buffy in Crush. Those words break down everything the council ever taught Buffy, that demons couldn’t love. The soul vs. soulless theory is that a demon can’t feel emotions, but, if that is true, than how could he feel hate? Anger, greed, lust. Those are all emotions. So is love.

“The saddest thing in the world is loving someone who use to love you.”

It is only with Angel...
continue reading... 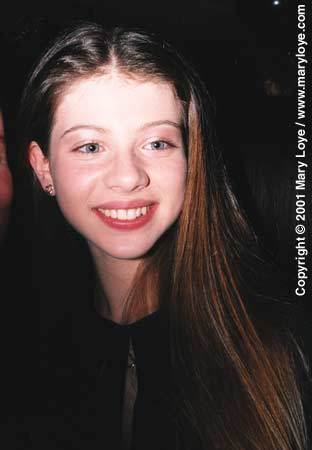 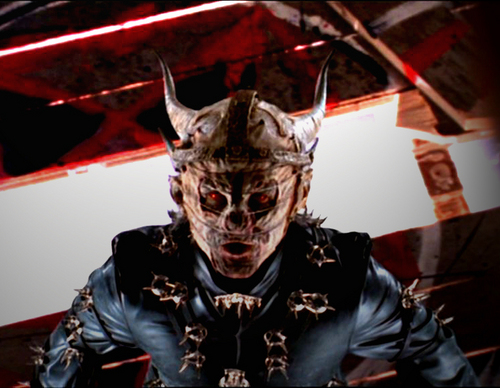 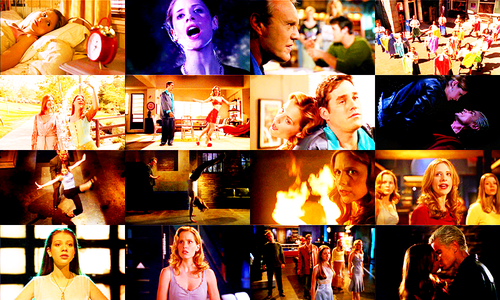 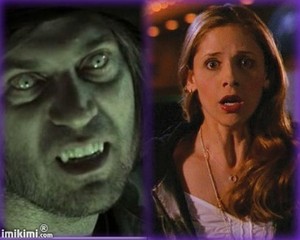 Vamp and Slayer
added by FanFic_Girl_26 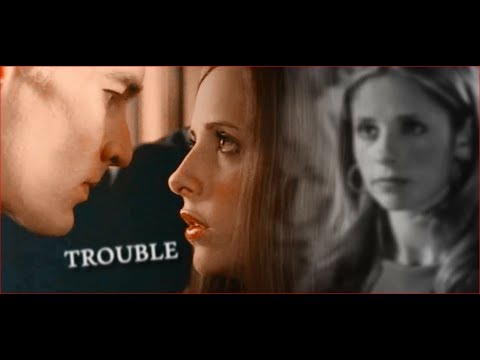 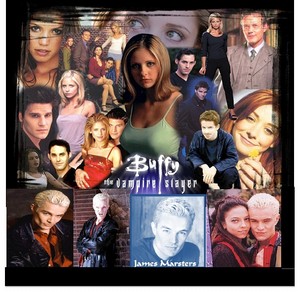 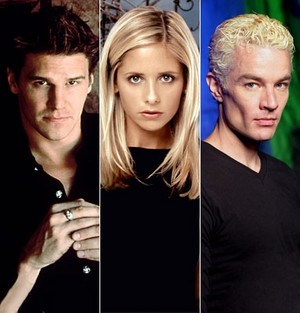 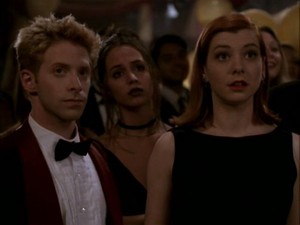 Oz and Willow
added by RoseLovesJack 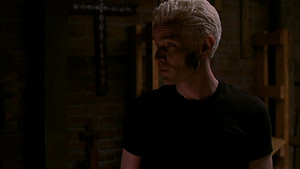 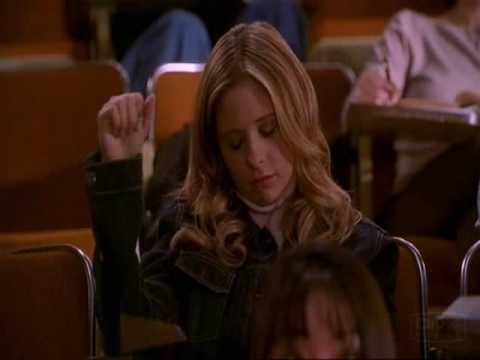 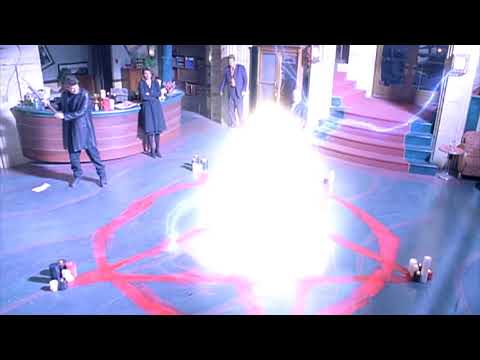 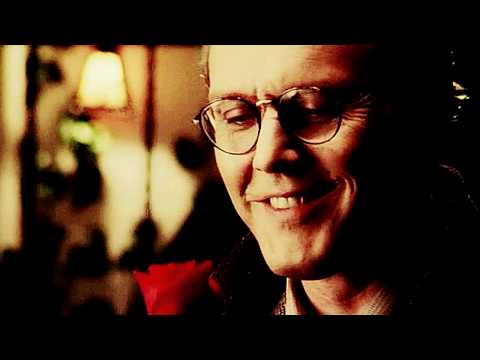 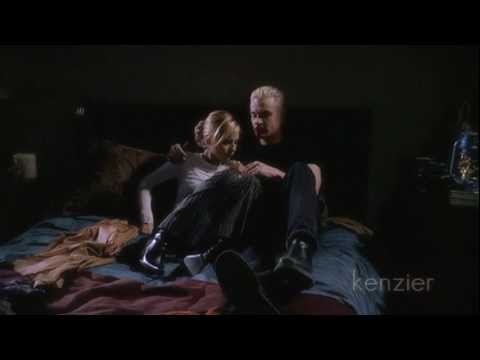 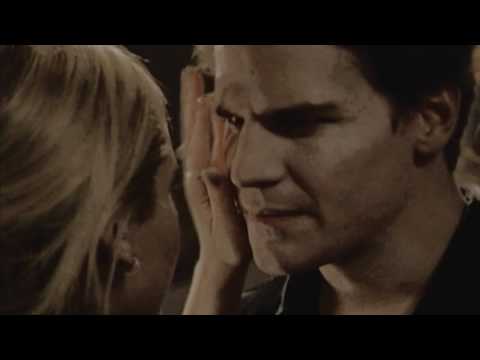