3
Dopple Crossed chapter 14 part 4
posted by HaleyDewit
The volgende morning
Grumpy and irritated Klaus entered Ric’s loft. Even with Tyler dating Veronica, Caroline was still clinging onto her ex-boyfriend. He should’ve never turned Tyler. He should’ve just killed him.
“Nik”
Klaus reluctantly looked up at Rebekah who came off the stairs.
“We need to talk” she zei with her hands on her hips. She waited for Klaus to say something back, but he just raised his eyebrows. “You have to tell Stefan what happened in the past. We are losing him, Klaus. Katherine is weaving her web around him and we need to get him out before it’s too late”
“Yeah, alright, fine” Klaus gave in annoyed. Rebekah blinked surprised. “Really? Just like that?”
“Yeah, just like that” Klaus replied. “Like I even care”
“Okay” Rebekah zei slowly. She clapped her hands. “Well, then I’ll give him a call and tell him to get his pretty ezel here ASAP”
“I can take the compulsion away over the phone. He doesn’t have to be here” Klaus reminded his little sister.
“Even better” Rebekah zei gleaming. She quickly dialed Stefan’s number and didn’t give Stefan a chance to say something. “Stefan?” Rebekah zei breathless. “Nik has to tell u something really important”
“Is he finally going to confess his undying love for me?” Stefan asked sarcastically.
“Haha, very funny” Rebekah zei and she handed the phone to Klaus.
Klaus told Stefan what happened in the twenties. How they had met each other, how they became friends, how he and Rebekah had had something.
Without awaiting a response Klaus hung up and gave the phone back to Rebekah.
RedHood591, paupaug and 1 other like this 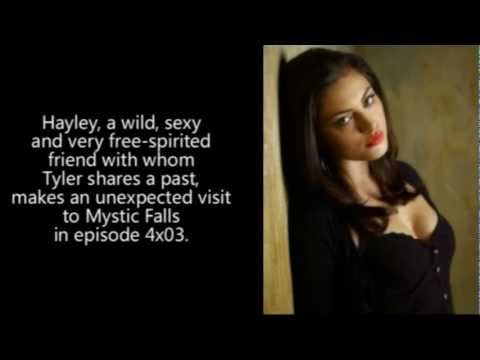 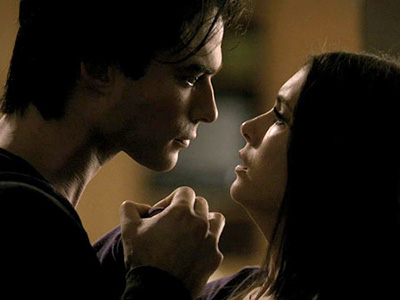 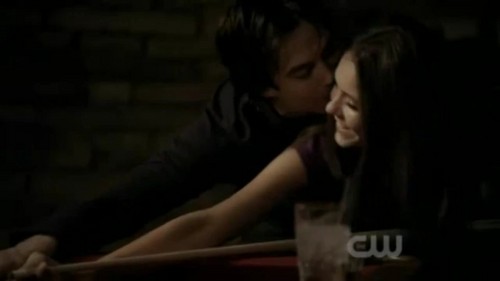 Damon is gonna use the dagger on Klaus in the season finale so he'll die. (end of season 2)
Then season 3 will start with Elena is the douche looking at the picture od her and Damon at the Miss Mystic falls as tears stream down her face.
Obviously, Stefan will comfort her but it won't do any good, she'll push him away. Then she'll go to see Damon's body and i'm hoping her speech will be along these lines.

Elena:(as the tears stream down her face) Hi as she runs her fingers across his face. I'm running out of plans,...
continue reading...

2
Damon and Elena
added by vanszerelem 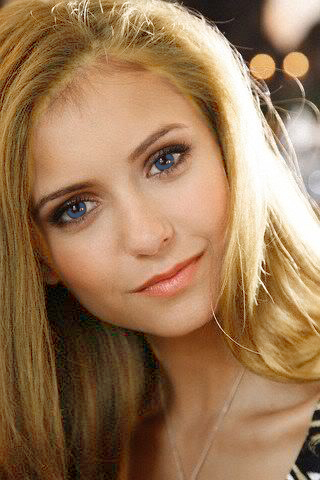 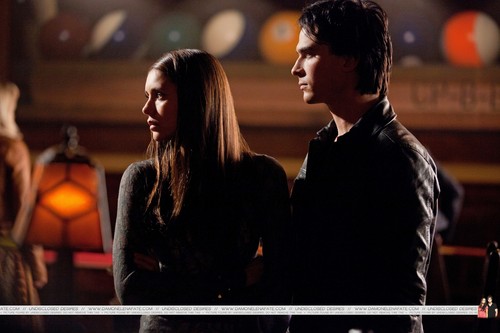 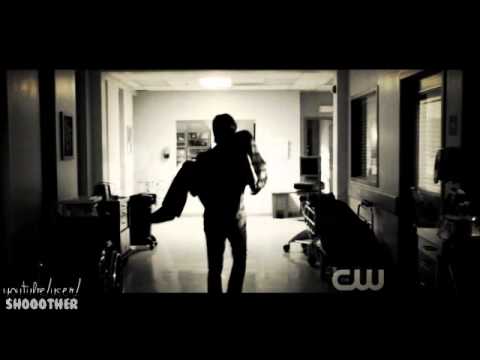 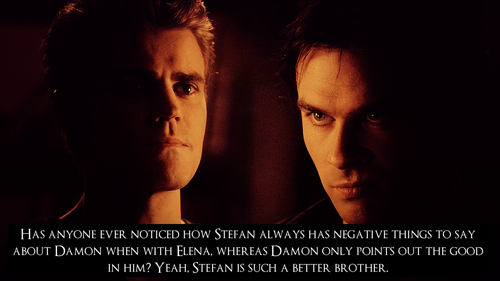 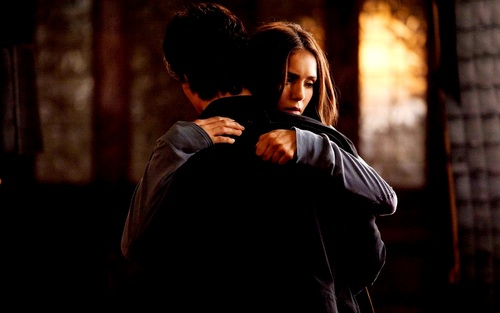 14
Damon and Elena ❤
added by flowerdrop
Source: Made door me - flowerdrop 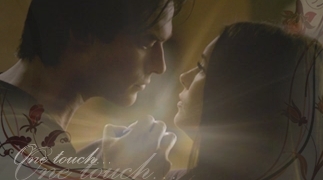