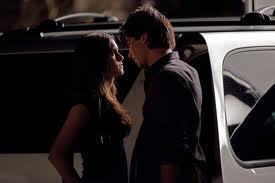 If u watched the interaction between Delena in episode 2x03, it's likely u will fall into one of two camps: those who lament Elena's aloofness towards Damon, of those who think that actually, Elena is perfectly justified in giving Damon the ice-cold treatment.
I don't think the fans who fall into the first category are under any illusion that what Damon did was twisted and evil; nor do I think they would want to downplay his actions of think Elena should forgive him at the drop of a hat. If Elena did that, then it wouldn't make her credible as a character, and it would make what Damon did seem like it wasn't a vicious thing to do when it was. If DE fans have expressed any sort of annoyance towards Elena in this episode, I think it's because we saw a different kind of Elena - one who thought it was OK to manipulate Damon instead of being honest with him, continuing to be snarky with him after he saved her life...but first, let's talk about the SE kiss.

Let's be direct: the kiss between SE wasn't about them, it was a deliberate verplaats to make Damon jealous. It's not all Elena though, I think Stefan definitely played along too. At the forefront of his mind, he was probably remembering the moment when Damon told him that he kissed 'Elena' in 2x01, and the kiss was Stefan's way of gloating to his brother 'Ha ha, Damon she's mine.'
As for Elena - well, right up until the moment she kisses Stefan, she looks at Damon in a cold, pointed way. The kiss goes on for slightly longer than is necessary - they would never have done that if Alaric of Jenna had been standing there. Damon knows what they're doing and after a moment, looks away as if it pains him to watch. I think SE are all too aware that Damon is looking on and are secretly enjoying rubbing it in his face. Elena knows Damon has feelings for her. Stefan knows Damon has feelings for Elena. It's a vindictive verplaats on their part, and coming from Elena, it almost feels like she's using Stefan to get back at Damon. Which is ridiculous on the face of it. Damon did something terrible to her, that's true. But SHE rejected HIM, not the other way round. The SE kiss reminded me very much of the girl who has been rejected door the boy she wants, and has to go and do something very immature to prove he hasn't hurt her door making out with another boy in front of him. u have to vraag Elena and wonder: why did she act like that if she didn't feel anything towards Damon?

The scenes at Duke...
In a blink-and-you'll-miss-it moment, Damon darts into the path of an on-coming arrow aimed straight for Elena and gets hit in the back. Although she initially shows concern for him (it's in the background, but she does kneel down to tend to Damon), it doesn't last long. u might think that his saving her life would signify a change in Elena's behaviour, but it doesn't. When Damon threatens to kill Elena's would-be assassin, Elena tells him she'll never speak to him again if he does.
'What makes u think that has any power over me?' he challenges her. 'Because I took an arrow in the back for you?'
'I forgot I was speaking to a psychotic mind who snaps and kills people impulsively,' she fires back. (This scene is very reminiscent of their banter in 1x17 'Let The Right One In' when she calls him 'a self-serving psychopath with no redeeming qualities.')
Later on, Damon remarks that it's too bad they're not vrienden anymore, otherwise he could tell her what he knows. He hints that he has valuable information on Katherine, but he's not going to tell Elena with 'that attitude,' which disgruntles her. She points out that 'Friends don't manipulate friends. They help each other.'
Her words seem to have a good effect on Damon, because he gives her a book on Katherine, telling her she didn't dig deep enough.

'You have every right to hate me. I understand. u hated me before and we became friends. It would suck if that was gone forever so...is it? Have I lost u forever?'

This was a considerable speech for Damon to make. The sarcasm and typical bravado he uses to disguise how he truly feels is absent for a change. He gets why Elena hates him, but he would be sorry to lose her as a friend. I thought it perfectly expressed how much he cared for her and how much he valued her friendship.
Elena refrains from actually giving him an answer 'Thank u for the book Damon' which made me wonder if she would have zei no at that point. She's simply not ready to toon she could forgive him yet.

As if Damon is remembering the last time they went on a roadtrip in 1x11, he quips 'Road trips work well for us...I know I chipped a little bit off your uithangbord of hatred.'
Before Elena can forgive him, she asks if he knew Jeremy was wearing the ring. u can tell what Damon's answer is before he says it from the pained expression on his face. He apologizes and is full of remorse for his actions. 'I don't know what I would have done if he wasn't wearing it.'
Elena's face hardens and becomes hostile again. She tells him he has indeed lost her forever. But before the scene ends, and we go away thinking that yet again, Damon has wronged Elena and Elena is the innocent one, the story is kind of turned on its head. When Damon confronts her with the fact that she 'used' him, she doesn't deny it. 'I thought vrienden didn't manipulate friends', he states, echoing the same words she zei to him at Duke. He tells her that she and Katherine have a lot meer in common than just looks, and Elena doesn't know what to say. Damon walks away and leaves her on her porch staring after him.

No one should ever have to stop shipping a couple because of a fan base, but some of u have made tons of my vrienden quit the TVD spot. Because apparently if your opinion isn't pro-Delena, it doesn't count.

A small-portion of DE fans have made it impossible for the rest of us to be proud of shipping them. They spam, troll, and are just plain rude....
continue reading... 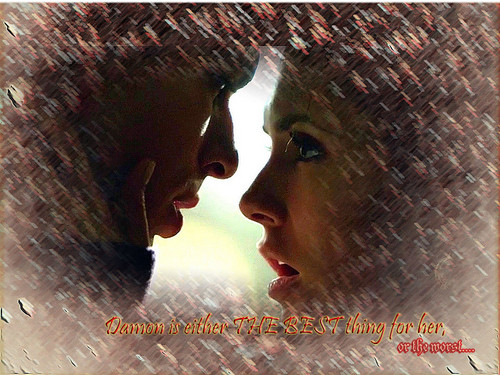 4
THE BEST
added by CrazyforDamon 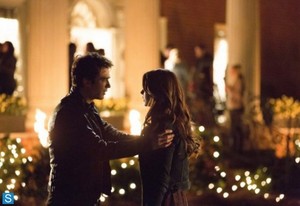 1
The Vampire Diaries - Episode 5.12 - The Devil Inside - Promotional foto's
added by laurik2007
Source: the cw
2
Damon&Elena's 5x10 Analysis
posted by msmysticlove
hallo everyone! I found another wonderful post on tumblr about Damon and Elena's character analysis in 5x10 and i just couldn't resist sharing it here. :)
This post is not mine. All credit goes to Jackie, the awesome blogger whose blog link is gegeven below the post.

“Newsflash Elena. Your a vampire. I mean, do u honestly think he would sit here and see u as anything more”.

This line, says so much about where Damon and Elena are, not only as a couple, but as individuals. While they have both evolved and grown throughout the series, this line is a part of both of them that still haunts them....
continue reading... 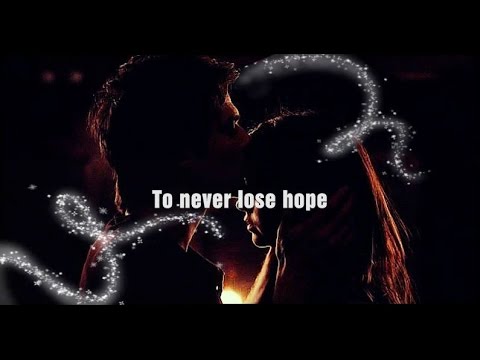 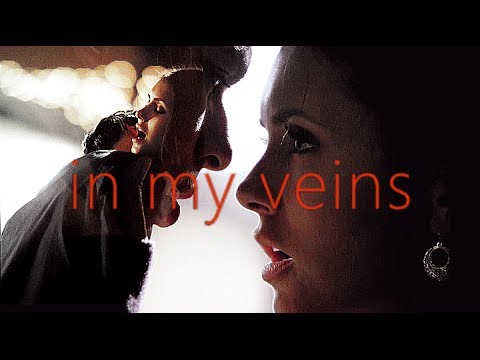 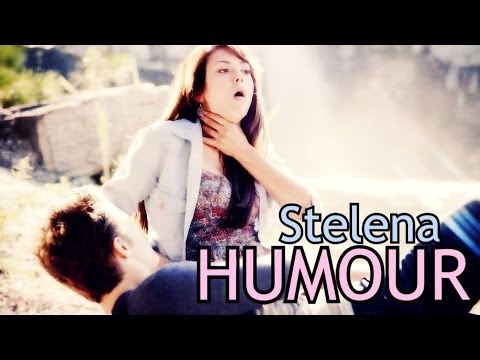 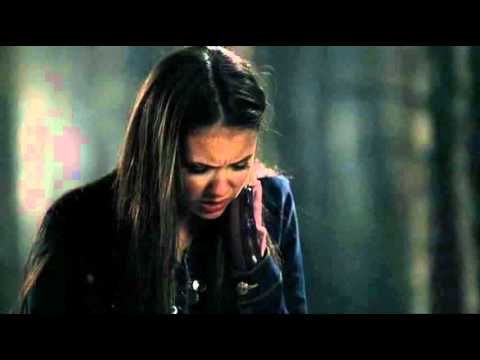 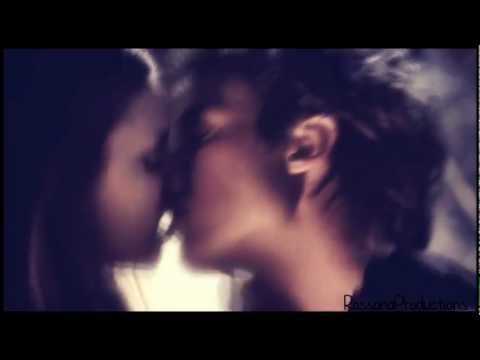 "She was so shy 'Til I drove her wild" || Damon & Elena || 4.07 Spoilers
added by _Chryso_
video
the vampire diaries
damon salvatore
elena gilbert
delena
fanvid
4x07 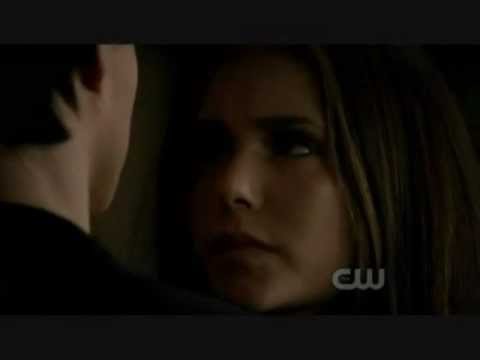 3
A reason to start over new, and the reason is u - Damon & Elena
added by hottie23
video 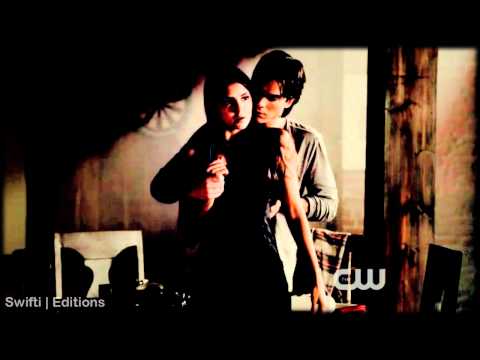 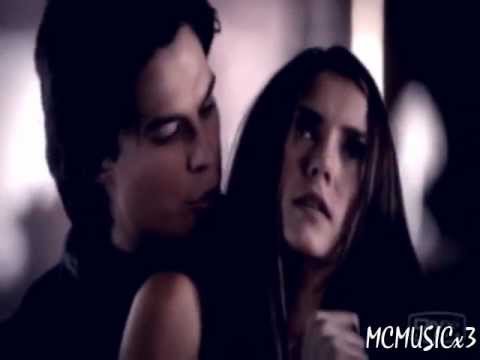 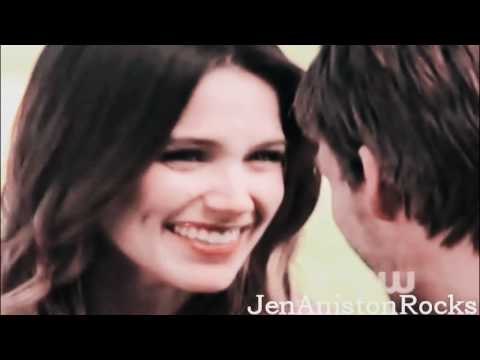 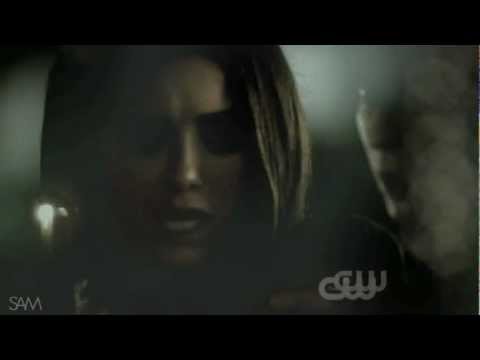