4
House md/ER fanfiction Episode 1: All isn't lost
posted by x5mp1xp1nx22x
so this is the first rendition of my first ever fanfiction

Moments were a scarce feature in the winter. Mostly, the time passed quickly. Days moved through time with a definite purpose and overwhelming guilt. Snow blanketed over streets and railways and bus stop benches, heaven had never been so beautiful. But this was Chicago, and winter had its kryptonite.
Along the alleyway the snow pilled in dirt ridden clumps and around the multiple tracks of ambulance tires. Footprints delved into the softness every few inches, yet the snow seemed…unharmed. Moving in and...
continue reading...
3
ER Cast Revisited
posted by Solsikke

Julianna Margulies as nurse Carol Hathaway, left, was one of the original cast members of "ER." She went on to win six Emmy's for every jaar she was on the show, populair for her steamy relationship with Dr. Doug Ross, played door George Clooney, as a center point of the show's plot.
Since leaving the show, Marguiles has been in smaller projects on stage and television, including the "Vagina Monologues" and as a guest on three episodes of "The Sopranos." A rep for Margulies confirmed to "Entertaiment Tonight" on Jan. 22 that Margulies is preparing to film scenes for the show's final season.

Episode 3: ...currently still in my head lol XD
4
Season 4, Episode 15: Exodus
posted by Solsikke
The ER have to be evacuated because of benzene is spread all over the floors. Corday help out in a dramatic rescue, when a man is trapped under a building! Doug and Carol are trapped in the elevator with a sick little girl.
Oh, what a fantastic episode!! Lots of drama from beginning to end!
The idea was great, it was so dramatic when the ER had to be evacuated!!

We can see how the chemical workers comes into the ER and spread benzene all over the floors.. u can feel the panic when they undestand whats about to happen, and the drama have just began!!
Weaver is felled door the poisen, and now Carter...
continue reading...
2
ER Cast Revisited
posted by Solsikke 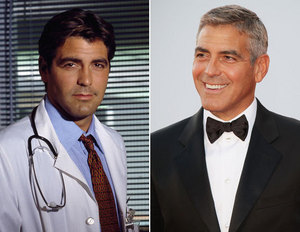 George Clooney got his start on the NBC toon "ER" as Dr. Doug Ross, pictured left. Since then, Clooney, pictured right at the "Burn After Reading" premiere at the Venice Film Festival, has been voted one of People magazine's Most Beautiful People, and has gone on to ster in such Hollywood blockbuster hits as "Michael Clayton" and "Ocean's Twelve." Viewed as an international sex symbol, Clooney was the seconde man to appear on Vogue's cover, after Richard Gere.
On January 21, People magazine reported that Clooney's character Dr. Ross will return to the toon in its final season. Sources told E! News that Clooney has already shot an upcoming episode of the toon -- including scenes with actress Susan Sarandon, who will appear on the show, according to E! News.

Credit: i.abcnews.com
4
I LOVED THE FINAL EPISODE!
posted by Starwarschick18 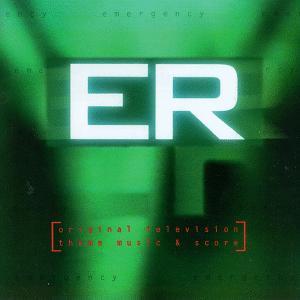 I started watching ER around season 13. I never really got a chance 2 watch the golden age episodes form the 1990s.

I was only a kid during that time. I finally got the chance to 2 watch those episodes when they were on reruns on the TNT channel.

When I finally watched them I was totally & completely in love with the series! I watched the toon religiously form then on.

I really started to feel that the characters were real and when they went through hard times so did I. When they were happy so was I. 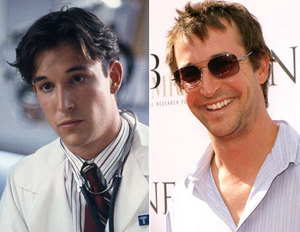 Noah Wyle, who played Dr. John Carter on the series "ER," is one of the few original cast members that still makes guest appearances on the show. He received five Emmy nominations for his role, as well as three Golden Globe nominations. According to guinness World Records, Wyle became the holder of a "Highest paid TV drama actor per episode" record during the 2003-2004 season, earning approximately $400,000 per episode.
Since leaving "ER," the Hollywood native has appeared in such films as "Donnie Darko," "White Oleander" and "Enough." Wylie has also became an advocate for people without health insurance in the United States.

Credit: i.abcnews.com
7
One hour, one show, one goodbye.
posted by x5mp1xp1nx22x

The writers werent kidding when they zei all good things must end.

Corney, i know. Lyrics to a song door The Academy Is...but they wont stop resounding my my head tonight.

I stand here today not as a fan, but as a friend, a friend who has lost something that most people cant even begin to dream about. Most will tell you, "hey, its just a show." but they forgot...its the small things that make our lives what they are. Years from now, ill look back, and remember...

my mom is smiling, the lights are out, the sound fills the room like im right there, the lights flicker in and out as scenes change....
continue reading...
14
Maura Tierney Backs Final Season
posted by iluvspike4eva
ER ster Maura Tierney has spoke out in support of the decision to bring the toon to a close.

It was confirmed at the start of the maand that the long-running medical drama will return for one meer season. After 15 years on the air, the show's final episode will go out in February 2009.

"I think it's a great thing for the cast and the crew," Maura told WENN. "And I think it is a great thing that [creator] John Wells and all the rest of the writers know that's it's ending and have time to prepare for it and finish it in a way that's thoughtful."

Tierney also admitted that she is at odds with producers over the ultimate fate of her character Dr. Abby Lockhart.

"I want them to kill me," she revealed. "And they won't. They refused to kill Abby."
4
CARTER'S GONNA BE OK: I'M SO HAPPY!!!!!
posted by Starwarschick18
Wow, when I watched ER this past Thursday I was extremely worried for Carter. At the start of the episode he seemed really worn out and tired. Gates asked him if he was okay and he zei yes.

Through as the episode went on I could tell door his body language that he was totally lying. John wasn't himself at all, he kept forgetting simple procedures and he was asking for tools that was right in front of him.

When everyone in the trauma room starting fighting my eyes were glued not to the people fighting but to Carter.

As soon as their was a break in the argument John collapsed!


Episode 3: Over and Again

Buzzzzzzz...Buzzzzzzz... Wilson felt a vibration is his suits’ pants pocket. His hand slid over the top, boven of the pants and griped the phone, silencing the vibrating sound.
“Dr. Wilson!” A stern voice called again, “Dr. Wilson, we WILL continue without u if u have other, meer important business to attend to.”

Wilson shot his head from his pocket to the podium and upon a grey haired judge whose eyes were distinctly burning through his own. He stumbled to find words to put with the fact that he DID NOT want to go to jail. His...
continue reading...
3
Episode 5: Responses (House md/ ER fanfic)
posted by x5mp1xp1nx22x
as always, please give CONSTRUCTIVE critisism. let me know things u like, dislike about my writting

and as this is a continuation, please read the afore episodes :D

Monitors drone out the sound of soft breathing. It was a steady beeping that bounced knowingly off the think walls. A knock from the door startled a man lying aboard a hospital gurney, causing the beeping to increase mildly. “Carter?” Sleepily, Carter rubbed his eyes with his left hand, leaving the other...
continue reading...
3
Episode 4: The Truth in Tricks (House md/ ER fanfic)
posted by x5mp1xp1nx22x
welcome back, this is episode 4 of my House/ER fan fic, and it is in my opinion, VERY chilling.
This episode has ALL HUDDY in it, so that should make many of u happy.

It IS a story though, and therefore is a CONTINUATION of a certin story line. so PLEASE, read the first three episodes before reading this.

Episode 4: The Truth in Tricks

Cuddy stood, eyes fixed on the broken cane. Her eyes began to swell as her mind motioned to her body. walk forward….walk She didn’t move. Behind her, Archie and Chase...
continue reading...
1
One hour, one show, one goodbye.
posted by x5mp1xp1nx22x

The writers werent kidding when they zei all good things must end.

Corney, i know. Lyrics to a song door The Academy Is...but they wont stop resounding my my head tonight.

I stand here today not as a fan, but as a friend, a friend who has lost something that most people cant even begin to dream about. Most will tell you, "hey, its just a show." but they forgot...its the small things that make our lives what they are. Years from now, ill look back, and remember...

my mom is smiling, the lights are out, the sound fills the room like im right there, the lights flicker in and out as scenes change....
continue reading...
3
WHAT'S CARTER GONNA DO NOW?!
posted by Starwarschick18
Anyone watched last nights episode of ER? Well then u know that John Carter returned!

I was so excited and Carter seemed really happy 2 be back and everyone who knew him was 2!
Dr.Banfeld even gave him a spot as an attending.

However throughout the whole episode I couldn't shake the feeling that something was wrong with him. That he was keeping a secret from everyone.

At the end of the episode I got the horrible answer.

We see the dialysis room.

u see Carter hooked up to one, with a vacant expression on his face.

Now here's my question, how long will Carter be able to keep this secret from everyone?

I am super worried for him. I don't want Carter to die!

IF ANYONE ELSE FEELS THE SAME WAY PLEASE POST YOUR commentaren BELOW!!