favoriete Quote from this scene:

Great meeting u too, Elena

Elena: I’m sorry for barging in. The door was… open.
Damon: u must be Elena. I’m Damon, Stefan’s brother.
Elena: He didn’t tell me he had a brother.
Damon: Well, Stefan’s not one to brag. Please. Come. I’m sure Stefan will be along any second.
Elena(enters the house): Wow. This is your living room?
Damon: Living room, parlor, Sotheby’s auction. It’s a little too kitchy for my taste. (looks at Elena) I can see why my brother’s so smitten. It’s about time. For a while there I never thought he’d get over the last one....
continue reading...
The Right One
posted by HaleyDewit
u fell in love with the wrong one
She weasled her way into your life
Pretending to be everything u want
You met her on Tinder during dark times
‘Cause God forbid u would just wait it out
But u didn’t, and so u fell in love with the wrong one

You fell in love with a fame-digging one
She wants to be a writer
But she waits...
continue reading...
1
This is Me
posted by HaleyDewit
My name is Ellen. I’m 23 years young. I live in Belgium. I learned about Fanpop when I was looking for link pictures. That’s how I stumbled upon the link spot. I have to admit I wasn’t the nicest person in the beginning. I really hate spelling and grammar errors and so I might’ve gegeven them the impression that I thought they were stupid, though I never used those specific words.

I checked the forum topics and one of them was particularly appealing to me. The Storytime forum. fans of Charmed had to create a story. I read what they had so far and noticed the story wasn’t really going...
continue reading...
1
The Host Chapter 15 The Setup (6/10)
posted by HaleyDewit 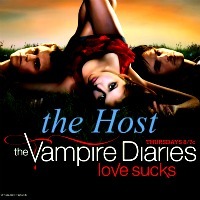 “I tried, Bonnie, but like I zei it didn’t work”
Caroline and Bonnie were sitting on Caroline’s bed, a large bag of candy between them. “Well, then u didn’t try hard enough” Bonnie snapped. “Why did u have to bring Elena with u anyway?”
“I’m sorry?” Caroline said, getting up from the bed. 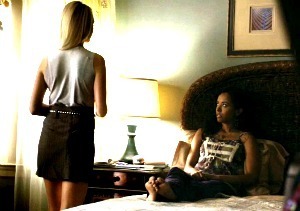 Rosanne ontmoette de wereldberoemde Brit tijdens de opnames busje, van 'Harry Potter and The Deathly Hallows Part One'. Ze werkte er als productie-assistente. De filmbonzen waren bezorgd om Radcliffes imago en vroegen het stel om hun relatie geheim te houden tot de release busje, van de laatste Potter-film. Zo gezegd, zo gedaan. En Daniel Radcliffe lijkt het ook serieus te menen, want hij zou plannen hebben om op één knie te gaan. "Ze zijn gek op elkaar. Dan wil met haar trouwen", zei een vriend busje, van het stel in The Sun. (Belga / LEE)
2
Doppel Crossed chapter 6 Loss and Gain (10/10)(The Vampire Diaries)
posted by HaleyDewit
“Goodnight!” Derek zei as he entered his new bedroom.
Damon and Elena were standing with their backs to each other, getting undressed. Elena slowly rotated her head and peaked over her shoulder. Damon had taken of his overhemd, shirt and Elena swallowed. She’d never get used to that body. She shook her head and looked eyes front again. As she took out her top, boven Damon slowly looked over his shoulder. She had laid her hair over her shoulder and he noticed she was wearing a dark purple bra. Damon imagined how he walked to her. He slowly went with his hand over her back and opened her bra. His fingers...
continue reading...
2
Doppel Crossed chapter 5 The Intruder (6/10)(The Vampire Diaries)
posted by HaleyDewit
Elena, Caroline and some other people were standing door their lockers, getting ready to go home.
“How come Bonnie didn’t show?” Elena asked, acting careless. Caroline focused on her boeken she was putting in her locker and avoided Elena’s stare. “I think she’s not ready for it yet” she zei uneasy.
“She’s not ready for it yet? Okay, that’s…completely understandable, gegeven the things she’s been through” Elena replied sarcastic.
Caroline averted her head and looked at her best friend with a sad expression. “She’s not ready to face u guys. She’s not ready to see...
continue reading...
2
Doppel Crossed chapter 4 Breaking Glass (2/10)(The Vampire Diaries)
posted by HaleyDewit
Elena was lying on the bed her eyes wide open. Alaric had called her to get up, but she wanted to stay in bed. All day. Maybe listen to some sad songs.
“Elena, get your ezel out of bed, you’ve got mail” Alaric shouted outside her room.
“It’s Sunday, I deserve one dag of feeling miserable” Elena muttered. The latch went down and Alaric entered the room. He walked to the bed and sank down.
“I know you’re hurt” he started. “But u can’t let him have this kind of power over you. u can’t stop living, because he’s a jerk”
Elena wiped her eyes and sobbed. “You’re...
continue reading...
2
Doppel Crossed chapter 3 Cry For Help (8/10)(The Vampire Diaries)
posted by HaleyDewit
Elena walked into Damon’s room, where Damon was lying on the bed. He looked up. “You still angry with me?”
Elena shook her head. “No” she sighed. “I should’ve known better. u still angry with me?” Damon frowned. “I wasn’t angry. Why would I be angry?”
“Because I was so stupid to think you’d want to have a conversation with the one that betrayed you” Elena zei sad.
“Oh, well, I’ll have to get over it sometime” Damon shrugged. He looked at Elena. “And you’re not stupid” He lifted up his head and kissed her. Elena stuck her hand behind his neck and pulled...
continue reading...
You Might Also Like...

just_bella
2
Doppel Crossed chapter 2 Getting to Know u (2/10)(The Vampire Diaries)
posted by HaleyDewit
Elena’s fingers touched the carpet and her eyes opened slowly. Damon’s heavy body was lying on her light one and she tried to push him off, in which she failed miserably. There was chocolate on Damon’s chin and Elena couldn’t help but kiss it off. Her lips went up higher and kissed his. Damon groaned sleepy and cuddled up against her bosom. “Damon?” Elena gently pushed his shoulder. “Damon, I need to get up. I need to get to school” “Mm” Damon disapproved. “Call Ric” As he mumbled Elena could feel his lips soft on her breasts. “I can’t risk getting late on my third...
continue reading...
2
Doppel Crossed chapter 1 The Anniversary (3/10)(The Vampire Diaries)
posted by HaleyDewit
The door of the Boarding House opened and Elena entered. She looked around, but didn’t see anyone.
“I’m hooooome” she called.
“I’m heeeeeere” Damon called back. Elena threw her schoolbag on the ground and ran to the bathroom. She opened the door and saw Damon lying in the tub. She bent on her knees, lay her hands on his cheeks and kissed him passionately. Damon went with his fingers through her hair and pulled her closer.
“I missed you” Elena sighed between two kisses.
“I missed u too” Damon zei soft. Elena slowly pulled away. “Can u tell me why you’re in bath right...
continue reading...
2
Doppel Crossed chapter 1 The Anniversary (1/10)(The Vampire Diaries)
posted by HaleyDewit
seconde dag of school

Come on, Elena, only twenty minuten left. u will go through this torture. That’s what Elena kept repeating in herself, while checking her watch every five minutes. She felt like Alaric was dragging his class out, but maybe that was because she couldn’t wait to go home pagina to meet a certain someone. Not that she couldn’t live without him for a little while, but their relationship was still early on and they hadn’t seen each other since breakfast.
She jumped up when someone tapped her arm and looked aside. Caroline passed her a note. She opened it and read: ‘Seen Bonnie?’...
continue reading...
4
Desire
posted by HaleyDewit
I know I'm a mess
And u know it's because of you
I wish I could cause
You the pain u put me through
It's like I burn out
I should stop playin this game
I could shout it out
'Cause it will never be the same

I hope u are down
And if you're not I'll make it true
It takes so long to forget
And it's all because of you
It's like I burn out
I should stop playing this game
I could shout it...
continue reading...
1
Tom Felton: "Trouwen en kinderen krijgen? Nee, bedankt"
posted by HaleyDewit
Tom Felton, de kleine blonde schurk uit de Harry Potter-saga, zal niet zo snel voor het altaar terechtkomen, en ook kinderen ziet hij niet onmiddellijk zitten.

And I’m not saying I’ve found love
I’m not saying I won’t hurt
Again
But I can’t be worse than where I’ve been
I’m not saying I won’t screw up
But on...
continue reading...
1
Love Struck
posted by HaleyDewit
When u read this
I’ll be gone
Though I never zei I love you
I wrote it in many love songs
All I ever wanted was to be with you
But I guess it was asked too much
Now all I want to do is run away
‘Cause I’ve had enough

I wanna let go
But my hands are tied on you
I wanna walk away
But my feet refuse to move
I’m love struck, u got me completely
And now we’ll never know what might have been

Don’t feel sorry
I’m the one to blame
I shouldn’t have been so damn gutless
And told u straight away
But I guess it’s not very convenient
When you’re living miles apart
Though I know physical distance
Doesn’t...
continue reading...
4
Someone u don't know
posted by HaleyDewit
Meet me like a stranger
Meet me like an unknown
Meet me like a weirdo
Treat me like someone u don't know
But don't say u are my friend
'Cause I know exactly how it ends

See me as a class mate
See me as a silly girl
See me as a zero
Treat me like someone u don't know
But don't...
continue reading...
1
What Happened in Colorado chapter 16 Three's a Crowd (10/10)(Supernatural)
posted by HaleyDewit
Zoey opened her front door. She had to pick up some stuff she had left behind. Now that the divorce was completed she didn’t have to come here anymore. Except this one time.
“Gerard? Are u home?” she called.
Gerard didn’t answer. Maybe he was sleeping. Zoey walked upstairs when she heard a crack. Apparently Gerard wasn’t sleeping.
“I’ll be as quick as possible. I’m out before u know it” Zoey promised, even though Gerard didn’t come out. She walked into the spare room, where Gerard had stored her stuff in one box. She picked up the box and walked out of the room. She walked...
continue reading...
Passengers (review)
posted by HaleyDewit

I give this movie a three out of five stars. I thought a lot of scenes were dull and long-winded, and whenever there was some action, it didn’t last long. Add on that certain aspects of the plot were quite predictable. I did love Jennifer Lawrence’s acting, though. I had only seen her in The Hunger Games and unlike many others I wasn’t blown away with her performance, so this was a pleasant surprise. Michael Sheen’s acting didn’t differ much from his role in Twilight, so it begs the vraag if he played so stiff, because he was playing a robot, of because he’s just… stiff. Any Michael Sheen fans reading this, feel free to point me to a movie where this actor really shines. This was also the first time I experienced Chris Pratt’s acting, which was very good, very natural.
So, if you’re looking for an action-packed thrill, this probably isn’t for you.
If you’re looking for something romantic, you’re covered.
More Cards
1234567891011