PJO is better! Right on newbie!

i'm a fan of percy jackson 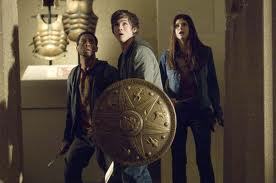 is pj abreviation of percy jackson

een jaar geleden LifesGoodx3 said…
Well at least you're not saying Twilight is better cause Percy Jackson is cool.

een jaar geleden GemonkDruid said…
@Best: I am? How? I said HP was better than T, I never said that it was better than Percy Jackson. In fact, I repeatedly stated that PJO was my fav book series ever.

een jaar geleden GemonkDruid said…
And I can't help that PJO is my fav. It's in my genes. ;)

een jaar geleden harrypotterbest said…
In your genes?
The newbie said PJ is better than Harry POtter as well, and you agreed with him/her.
Oh well. :( Some people have different opinions :)
(I think it's one of the few non-HP pictures I have) 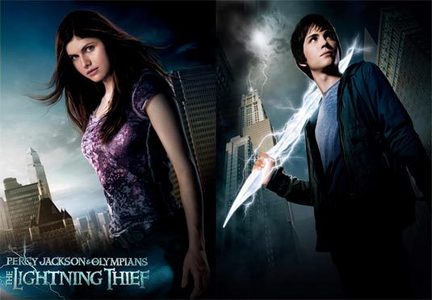 een jaar geleden harrypotterbest said…
Yes. It was good, but nothing like the book. Oh well.

een jaar geleden LifesGoodx3 said…
Did it? :( Cause I just finished the first PJ book and I was planning on watching the movie tonight.

een jaar geleden GemonkDruid said…
Yes. It sucked. In fact, I wrote a review on FF about it. People liked it. They said I was witty. :)

een jaar geleden FredWRules said…
haven't we already pretty much had this conversation before?

een jaar geleden FredWRules said…
you're just gonna ignore me then. ok. I see how it is.

oh, and Chiron's not the only centaur, and Charon doesn't wear suits. and Kronos isn't the one who has the lightning bolt stolen. and Ares isn't in it. and Poseidon talks into Percy's mind. and they're 16.

‘You have an owl,’ he said, handing me a white envelope, smiling.
‘Thanks Severus,’ I called to his retreating figure. Turning to Lucius, I said ‘What’s so important that it can’t wait for us to get back to the castle?’
He shrugged. ‘Open it,’ he said eagerly.
I smirked at him. ‘You know, I could decide not to show you,’ I taunted.
Lucius pretended to be shocked. ‘You wouldn’t,’ he said, placing a hand on his heart.
‘Just watch what I can do,’ I taunted, waving the envelope. He grabbed me and spun me closer, but we were interrupted – again. ‘Hi Andy,’ I sighed, turning around to face her. ‘What is it?’
‘Er… it seems like the wrong time to interrupt, but did you get mum’s letter?’
‘The letter was from mum?’ I exclaimed. Andromeda rolled her eyes. I glanced more carefully at the letter. Sure enough, it had the Black family crest and motto on it. ‘What does she have to say?’ I wondered aloud. Now much more curious, I started to open it, but Andy interrupted.
‘Er, perhaps not here,’ she muttered, grabbing my hand and leading me to a distance where Lucius could see but not hear us.
‘What?’ I glared at her. ‘Lucius is perfectly trustworthy!’
She let out her breath. ‘I know that, but I don’t think he’s going to like what the letter has to say.’ Andromeda glanced at me with warm, but right now troubled, brown eyes.
I suddenly felt anxious. ‘She doesn’t think I’m still with Amycus, does she?’ Andy simply stared at me. ‘She … she didn’t…’ I could not continue. The possibility was so horrible. ‘She actually – ’
‘Yes. Me and Bella got the letters as well.’ Andy held up her own copy and grimaced.
‘And… and did Carrow?’ Andy nodded. ‘HOW COULD SHE?!?!?!’ I exploded. ‘My whole life is ruined! Ruined!’

een jaar geleden harrypotterbest said…
‘And… and did Carrow?’ Andy nodded. ‘HOW COULD SHE?!?!?!’ I exploded. ‘My whole life is ruined! Ruined!’ Andromeda hushed me.
‘Cissy, read the letter!’ I violently tore it open.
Dear Narcissa,
I have great news! We have talked it over with the Carrows, they say it will work, and … wait for it… you’re going to marry Amycus Carrow! They are such a wonderful family, I know you will be well taken care of and all your wishes will come true. He is a pure-blood with the most charming of manners, how could you not like him? You are going to be engaged in your seventh year; hold tight there! The marriage is planned for two years after your graduation, we need all that time to plan! Everything is going according to plan, oh Narcissa, your third daughter! Now we just need to find a suitor for Andromeda, Bellatrix looks fine with Rodolphus, agreed? Well, now I just am positive we are going to have the most splendid of families! The Blacks and the Carrows! Oh, Amycus is such a charmer, most excellent in his skills as well, 9 OWLs, did you know?
Oh, I simply cannot wait for the marriage! Amycus Carrow! This is splendid, Narcissa, simply splendid!
You loving mother,
Druella Rosier
I looked up from the envelope to find Lucius staring anxiously at me. ‘Nar – Narcissa? Are you alright?’ He glanced at Andromeda.
I wordlessly handed him the paper. He read it in a minute, and then looked back at me, face ashen.
Andromeda spoke up, sounding very urgent. ‘Look, we can prevent this, can’t we? Cissy, you write a letter of explanation to mom, and Lucius… you write to Amycus, explain, I’m sure he’ll understand. I’ll go explain to Bellatrix.’

een jaar geleden LifesGoodx3 said…
Okay so I just finished watching the Percy Jackson movie and my biggest complaint is probably that Ares isn't in it at all.

een jaar geleden harrypotterbest said…
Andromeda spoke up, sounding very urgent. ‘Look, we can prevent this, can’t we? Cissy, you write a letter of explanation to mom, and Lucius… you write to Amycus, explain, I’m sure he’ll understand. I’ll go explain to Bellatrix.’
I hurried off with Lucius beside me. ‘You never told them.’ He spoke so quietly I almost missed it.
‘Told them what?’
‘That we are together.’ He seemed almost disappointed in me.
‘Well, if I did, she would have gone crazy like this.’
‘So you don’t want marriage with me?’
‘I – Lucius, you misunderstood.’ I hopelessly glanced at him.
‘Then explain,’ he said, and his eyes met mine.
‘This all seems rushed. If it were you I wouldn’t have any complaint to being rushed,’ my comment made him smile, ‘but – I never told her because… I’m scared. Scared of what will happen after marriage.’
‘What do you mean?’ His gaze was curious.
‘It –it’s nothing, really. We have more urgent business right now.’ And so our conversation stopped.
Stomping into the common room later, I immediately dictated a Howler, but my owl was gone, so I had to wait. I re-entered the common room, which was empty except for Lucius, whi was deep in thought and did not notice me at first. I crossed the room to put the Howler on my bed – going to send it later. I went down to the common room again. Lucius was in the same position.
‘Hey,’ he said, blushing. That was odd; Lucius was never embarrassed. ‘Theres… something I want to tell you.’
‘Al right,’ I said, wondering why he was so embarrassed. I smiled at him for encouragement.
He took a deep breath, exhaled, then got down on one knee. My eyes widened. No wonder he was so embarrassed.
‘Narcissa Ma – Black, I love you and forever will. Will you marry me?’
I stared at him in shock. I ran to him and hit him on the arm. ‘Lucius, I just told you I said I’m too young!!’
‘Yes, but you said not for me! And you misunderstood. You can arrange the marriage whenever you want. Just… please?’

een jaar geleden harrypotterbest said…
no one posts after me :(

Too late newb! But good reason.

I need help. Imma gonna decorate my shoes, but I have no idea what to draw except for stars or skulls.

een jaar geleden harrypotterbest said…
Hi PF, do u like my ff?

een jaar geleden harrypotterbest said…
Awesome!!!
Previous
Something to say? Sign in with one of these options:
Log in to Fanpop! Not yet registered? Create a new Fanpop account!