*shakes head as GD and Andie are both spoiled*
Both win, hands down. Even I can't top that.

een jaar geleden mooimafish17 said…
oh noes malloy - will you get them back?

I iz going to sleep also.

it bloody mid-day here (yes i have the day off school, why? - coz im sick *cough*)

een jaar geleden lucius_malloy said…
night :) as for getting my stuff back... I didn't get them yet, but they sent a message around the school so if anyone's found them lying around or something they'll know it's mine.

also, I'm pretty sure I failed my math test.
and I actually did fail my french test (well okay so 7+ isn't exactly fail. but it is in my opinion).
and I dropped an oil jug in home ec this morning.
so it's kinda not really my day.

and does anyone know what gayness and snow have to do with each other? cause I don't. but apparently it's something, since it was snowing today and people were like, 'it's snowing! that's so gay.' -_-

homophobia is so gay!

een jaar geleden lucius_malloy said…
That it is, moo. That it is.

i really want this t-shirt :) 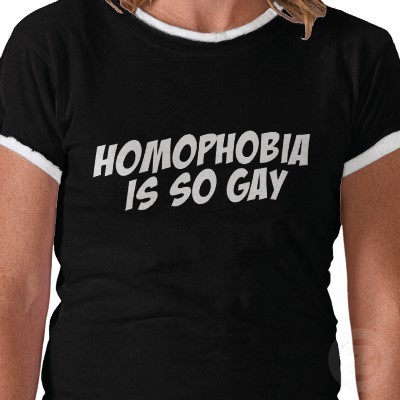 then again, I want a lot of things on a t-shirt...

I used link to get "Well behaved woman don't make history," on a t-shirt! :D

een jaar geleden lucius_malloy said…
You could use zazzle.com to get pretty much anything on a shirt... 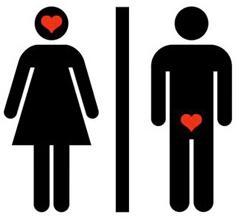 een jaar geleden lucius_malloy said…
I do think it is... I don't, however, think it's a good thing.

een jaar geleden lucius_malloy said…
kay peoples, I'm gonna go to the library now, and just hope I don't get run over or something - Merlin knows it would be in keeping with the day I've had :P

een jaar geleden lucius_malloy said…
hey guys, I'm back - in one piece :D
it's really kinda pathetic how surprised people are when you smile and wish them a good weekend.


‘Narcissa, wake up!’
‘What is it?’ I ask, rolling around and falling of the bed again. I was taking a nap; I was unable to sleep yesterday. ‘Oww,’ I complained, getting up and heading to the shower. Asper is already dressed.
‘Hurry up, Yule Ball in three hours!’
I looked myself in the mirror, then sighed and went to the shower. After two hours of dressing up, I came out of the bathroom to change and apply makeup. I bit my lip as I looked in the mirror. Letting out my breath, I picked up my dress – pale pink with golden lace – and put it on. I straightened my hair, letting it flow behind me. Applying the makeup, I glanced at the clock and saw I only had half an hour before the ball.
Deciding to wait in the common room, I put on my shoes – green heels – and walked out. Turns out no one was in the common room, so I sat in one of the chairs and eyed the ring on my finger. Lucius came down and sat next to me.
‘Hi,’ I said, smiling. He was wearing a black tuxedo, his hair was dashed to the side, and his smile was irresistible.
‘You look gorgeous,’ he said, taking my hand.
‘So do you,’ I said, grinning.
‘Shall we go down?’ asked Lucius politely.
‘Of course.’ Smiling, I got up. Lucius pulled me closer and together we walked to the Great Hall, where the ball was being held. We reached it and sat down on the Slytherin table. Once everyone was settled, Dumbledore got to his feet. There was no food on the plate, but a menu in front of every plate. Dumbledore looked carefully at his, and then said clearly ‘Pork chops!’ And pork chops appeared.
‘How obvious,’ muttered Lucius, who was looking at his menu. I glanced down at mine as well, deciding to order some spaghetti.
After eating, The Weird Sisters arrived, to applause. Lucius and I had already seen them perform live. They struck up a slow romantic tune, and everyone got up to dance.
Lucius and I whirled to the music as Bella and Rodu danced past us. Lucius’s eyes darted to Bella then back to me. ‘Ah, I remember when I used to like Bella,’ he muttered.
‘What?!?!’ I exclaimed. ‘Bella?’
‘Relax Cissy, it was before you came to Hogwarts,’ he said indifferently.
‘So what happened?’ I asked, intrigued.
‘You sure you want to know?’ teased Lucius.
Rolling my eyes, I said ‘Go on,’ and the story began.
‘Well, my first year at Hogwarts. It was really lust, Bella looked so pretty…’ he sighed. ‘But after a few days I found out she was really… er…’ Lucius looked down at me. I grinned.
‘Really crazy?’
‘Somewhat like that. But then you came, and,’ a slow sweet smile spread across his face. ‘You came.’
‘I used to think you hated me,’ I admitted. ‘One of the reasons I dated Carrow.’
‘Explain.’
‘Well, when I came, I fell in love with you, obviously.’ He smiled. ‘But it always seemed as though you hated me...’ I cringed. ‘So then, I decided to try and give up on you, and dated Carrow.’
He chuckled. ‘At first I thought I was crazy, because whenever you smiled at me, my heart would beat so much faster. Later on I realized I was deeply in love with you. It made me feel weak, because whenever you were around, I got nervous. But I soon got the courage to finally get my message through.’ He smiled again. ‘I cannot explain how angry I felt whenever you touched Carrow, or he touched you. I practically wanted to rip his head off!’ He shook his head. ‘The exams were the worst. How was I supposed to concentrate when you were there?’
‘Really?’ I asked breathlessly.
‘Yes,’ he replied as the song changed. ‘How was I supposed to concentrate on the formation of the International Confederation of Wizards when you were sitting right there, radiant as ever, smiling, the most beautiful person I have ever seen?’
‘Oh Lucius,’ I sighed, blushing red.
‘I love you, Narcissa.’
‘I know. I can’t believe you’re graduating so soon. Hogwarts will be so different without you.’ I looked away from him, out into the crowd of dancing couples.
‘Don’t cry Cissy, I’ll be back before you know it!’ He wiped away a tear on my cheek.
‘I know. My first Hogwarts year without you.’ I sighed. ‘What am I going to do?’
‘Hopefully, you’ll study,’ he said firmly.
‘Study?’ I grumbled.
‘Well, it is your NEWT year,’ he said as we swirled around to the music. The song changed again, into something much faster. I motioned towards the tables, and we took a seat. ‘I’ll get some drinks, then?’
‘Sure,’ I nodded. Asper came and took the seat next to me while he was gone.
‘Having a good time?’ she asked me happily.
‘The best,’ I responded, grinning.

im printing newspaper on them, coz im cool init :D

een jaar geleden mooimafish17 said…
its good best - i like their relationship, you made them so normal!

een jaar geleden lucius_malloy said…
a bit late but blue and silver!
or is it copper? heheheheh...


also, I was thinking of starting another fic (but not abandoning Healing) chronicling Lily and James's relationship through a series of drabbles/oneshots told from the points of view of various professors.
what think you?

een jaar geleden LifesGoodx3 said…
Hey guys. Today I presented my Percy Jackson essay(which came out good, thanks to everyone that helped me:). And then we had to do a book talk and talk about if we liked the book or not. Someone in my class read the second PJO and he said it was a "3rd grade reading level" and was an overall terrible book. I was gonna read it, and I wanna know if what he said about it was true or not..

een jaar geleden lucius_malloy said…
No, I didn't think so...

ive never read PJO, should i?

I think I'm going to post me and my friends fanfic on this spot, but the beginning isn't that good because I've been working on it since sixth grade and my writing was diffrent and *gasp* I was a fan of Twilight. Anywho...

lol I was reading this magazine and it always has these confessions at the end, and somebody wrote 'Sometimes, I tilt my head to the side, exposing my neck, just in case there happened to be a hungry vampire nearby'. and another one: 'When I don't know what to do, I ask the posters on my walls, like Bella from Twilight.'
why? Sweet Merlin, why???

1 person from my class talked about Twilight, the other talked about BD. At least the one that read Twilight said she hated it. No one read HP :( So I'm gonna do that next.

we MUST spread the love! 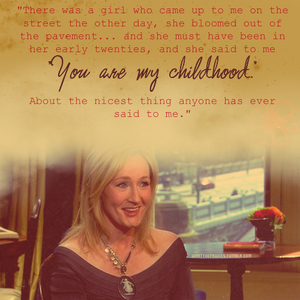 een jaar geleden GemonkDruid said…
PJO rules!!! I like Battle of the Labyrinth the best.

een jaar geleden GemonkDruid said…
I have a performance today. :(

haha, it's a saturday for me.
I can stay on my computer most of the day :D
Previous
Something to say? Sign in with one of these options:
Log in to Fanpop! Not yet registered? Create a new Fanpop account!