een jaar geleden jodarchy said…
maybe she wanted to give yours to you personally, wait did you see her through the day? like did u have an actual face to face conversation?

een jaar geleden AllyAM said…
she was iin my class that afternoon and we were both in drama club...but I guess I was on the other side of the room from her :/
I really over think things alot

een jaar geleden jodarchy said…
so u didnt have a face to face conversation? maybe thats why you didnt get one yet, maybe she wants to give it to u personally, or maybe she ran out of invites and needs to make more, i doubt its that big a deal there is probably a reasonable explanation

Also, I can't wait to harass my boyfriend for the half a month(ish) when I'll be 2 years older than him ^_^ random but true 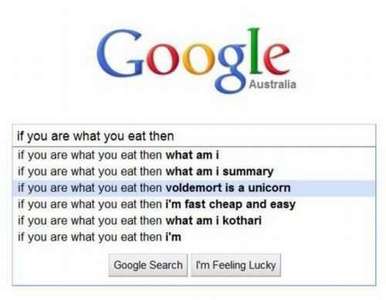 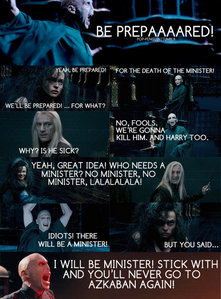 haha yep, I manage to be normal and completely out there at the same time ^_^

we were playing 2 truths and a lie at drama club today, when I went up for my turn our director/teacher advisor for the club told me right away "NOTHING about Harry Potter, Allison." and I said "I wasn't going to do anything about Harry Potter!!!" which was true

een jaar geleden AllyAM said…
Mine were:
1. my dad's cousin is friends with Emril
2. I have a little brother named Waldo who can be really hard to find
3. I once told an anime voice actor I'm a fan of that he smelled like coconut

een jaar geleden jodarchy said…
nice lol, im guessing number 2 lol although i was stuck between one and 2

een jaar geleden AllyAM said…
"Som who is this Sheldon Cooper guy anyway?"
"Oh, he's from the show The Big Bang Theory"
"...you're outta the band"

een jaar geleden AllyAM said…
Yup! :D the guy who sings that Ravenclaw verse (idk their names >.>) is my favorite, cuz he's awkward, and I like awkward, its awkdorable =]

een jaar geleden zanhar1 said…
I do too, what happened?

een jaar geleden AllyAM said…
got them tightened and was assigned a rubber band (only one...how weird is that?) yesterday

een jaar geleden zanhar1 said…
I don't think I need to get those but my friend does they seem painful.

een jaar geleden AllyAM said…
can I just say, Forumspring may be one of the dumbest things ever? xP

een jaar geleden finalfantasy13 said…
I don't know which exact number we're on, and if we're even doing that anymore, but here's more reasons.

1. Twilight scores poorly in the three things that make up a story: the setting, the characters, the plot.

The setting is Forks--boring ordinary school, Bella's house, the Cullen's house,and the Volturi's HQ. I'd rather go to Hogwarts, Hogsmeade, the Forbidden Forest, etc.

The characters...it's hard to care about clumsy Bella who is ALWAYS saved by Edward or Jacob. Victoria, as dangerous as she is said to be, can't even get a scratch on Bella. Edward is too perfect and selfless, and even creepy. A lot of the characters are paper thin even though some have back-stories.

The plot: a 100 or so year old vampire finds a human girl attractive. They fall in love with each other for no real reason. Regular vampires want to eat Bella. Bella gets saved. Edward leaves. Bella has a mental breakdown. She has a boring time with Jacob and puts herself into danger. Edward comes back. Bella wants to be turned into a vampire, and OH it's such a surprise when she finally does get her wish. She magically is fine after her transformation. She's beautiful and has a perfect wedding (without falling down and causing a disaster). Then there's the last battle. Oh wait, there is no battle. Then Edward and Bella move into their new home. The end.

If I was Meyer, I would have created a secret vampire world deep underground where the covens are closely knitted together. I would just ditch the whole ordinary school setting. There's no point in saying: "Bella was bored again and thinking about Edward." We don't want to hear how Bella has an uneventful day at school.

The characters...I'd give Edward a monster load of flaws and make Bella a stronger female character. And have more than just the vampire covens and the Volturi. JK Rowling made bigger organizations than just that: the Ministry of Magic with all of its departments, the Order of the Phoenix, D.A., the Death Eaters, etc

As for the plot. Meyer just made Edward and Bella fall in love too fast. I would have love to have read about some struggle before that even happened. And who cares about how Bella will eventually become a vampire? That should have happened in the first book if you ask me.

This is what I've got so far.

een jaar geleden Gred_and_Forge said…
^ We mainly use this to talk on since we passed the 1000 reasons but you're more than free to join in :]

een jaar geleden SnapeLover1991 said…
i like both hp and twilight but Harry Potter is mire entertaining and there are better characters! seriously?! why could edward OR bella get killed? that would have been enjoyable

een jaar geleden lucius_malloy said…
hoyyyy :)
thanks to anyone who sent me bios -- I'll check them out as soon as I manage to wake up and get to my computer :D

een jaar geleden GemonkDruid said…
What do you have to do again? :S

Y U CHOOSE DOUCHEBAG NAME FOR CRUSH
Previous
Something to say? Sign in with one of these options:
Log in to Fanpop! Not yet registered? Create a new Fanpop account!