een jaar geleden GemonkDruid said…
YES I GOT LOWER THAN HER.

I want to cut my hair this weekend even though people don't want me too :/

een jaar geleden CheekyCheese said…
What are these scores from?

HOW MUCH MONEY DIDJA GET? 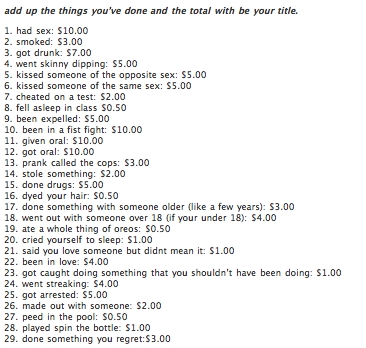 YOU GOT LESS THAT ME D:

een jaar geleden Gred_and_Forge said…
Sorry I was away guys. I'm getting a little tired. Anywho, I'm thinking of cutting my hair like Frankie's from The Saturdays, but I'm not sure if I can pull it off. 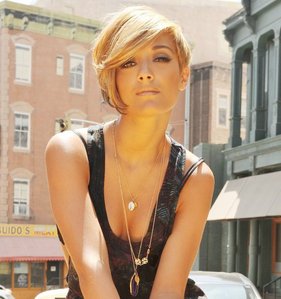 Do any of you remember my Green Day article?

Well, I wrote one for MCR.

Why My Chemical Romance is Not A Suicide Cult

When you hear the words My Chemical Romance, what do you think of? Maybe you think of 4 guys who’ve been there for each other for over a decade. Maybe you think of them as heroes and saviours of lives, like I do. But most people choose to stereotype and think of them as cult leaders, encouraging self-harm, depression, and death, and unfortunately, that consists of several of their excuses as to why they dislike the band. What they don’t know is that that’s not what MCR is all about.

Paint it Black and Take it Back- Appearance Ain't Everything

While those who say that My Chemical Romance is all emo and suicide-y don’t know what the hell they’re talking about, they do have some reason to assume so. Coz let’s face it; the band certainly doesn’t look approachable, or safe, basically totally not warm and fuzzy. People just are afraid of too much black, too much death and sadness. Which in my opinion is just bullshit.

So what if they write songs about not being okay and cemeteries, or about cancer or wars? Does it make their music any less appropriate than catching a grenade for a girl (a la Bruno Mars)? Does mourning your late grandmother make you a worse musician than going on about a ‘baby’ so many times you sound practically pedophilic (I suppose you all know which song this is)?

In my opinion, the fact that My Chemical Romance explore such iffy topics like death, danger, war, and sadness, instead of just going and writing a song about partying, is incredibly bold. Outsiders who don’t know the band well may not think much of it, but seriously, what does an average person experience in their lifetime? More heartbreak, pain, and sorrow, or more partying, games, drinking? I’m betting on the first option.

The difference between those who scorn MCR’s songs and those who love them is that the scorner denies that pain, while the fans instantly click with the songs and sing along with Gerard Way, pouring their heart out while enjoying the music all the same. Now, there’s nothing wrong with wanting to get away from pain and death; however, you can’t run away from your demons forever, and in my opinion, it’s better to face them sooner, get over it, win and get ready for the next round. And be happy that you can sing along to I’m Not Okay while doing so.

But back to their appearance. If you feel apprehensive about how they look, don’t worry. Underneath the make-up and show costumes are a bunch of normal, nice guys.

Now, I’m sure that you’re all familiar with the ‘Daily Mail’ incident back in 2008. For those of you who aren’t, in the spring of 2008, the British tabloid published an article about the suicide of a teenage girl called Hannah. She had hanged herself because she was apparently involved with a ‘self harming emo cult’. Even though My Chemical Romance was not related to the suicide, according to the coroner, the newspaper directly linked the band and their album “The Black Parade” to the suicide.

Now, that doesn’t sound like the MCR we all know and love.

Because the truth is, it wasn’t their fault. It was an emo cult, not a My Chemical Romance cult, not a Black Parade cult. MCR’s music isn’t even classified as emo, so why should the band members be punished for a newspaper muck-up?

Oh, right. ‘Cause people judge them unfairly and don’t try to know the real story. And these people apparently include the Daily Mail.

Killjoys: MCR in a new light

Sick of tired of all the accusations and controversy about them being emo, My Chemical Romance decided to go for a new style. Colourful hair and clothing, slightly more cheerful and hopeful songs with less dramatic instrumental. Deciding to have fun with it. But of course, still producing awesome music for the fans.

And while I am happy for MCR, and grateful for new songs to sing along to, I can’t help but feel a little... pissed-off at haters. Not to sound like a close-minded bitch or something, but seriously, why can’t everyone just leave the guys alone and let them be themselves? This question also applies to old fans who now hate the new MCR. They can wear black and sing about death, and they can be rainbow-like and be Killjoys. They can do whatever the hell they want, as far as I’m concerned.

Contrary to popular belief, My Chemical Romance’s music doesn’t say, “Go shoot yourself.” It says to “Be yourself, follow your heart, and don’t give a damn what anyone else says.” I know they already say these things in interviews and whatnot, but really, I think the music’s enough to make me believe in myself.

een jaar geleden Gred_and_Forge said…
I know, it's so nice. Mines is just shoulder length and I think it's already too long x]

I don't know what's wrong with my computer camera settings >.< 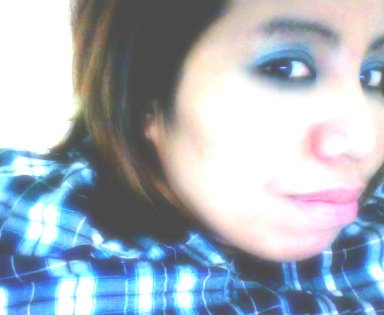 een jaar geleden Gred_and_Forge said…
I read it. It's brilliant. Poor thing about that Hannah girl though. I hate when people blame things on other people :[

Gd that was really good - some great points :):)

"Sick of tired of all the accusations and controversy about them being emo, My Chemical Romance decided to go for a new style. Colourful hair and clothing, slightly more cheerful and hopeful songs with less dramatic instrumental. Deciding to have fun with it. But of course, still producing awesome music for the fans."

een jaar geleden GemonkDruid said…
Yay! Thank you :) And moo, I actually don't really know, I just saw this quote from Gerard that said they're happy with the album coz it's non-emo.

Y U NO UPDATE?

een jaar geleden Gred_and_Forge said…
Because Fanpop is being run by idiots.

een jaar geleden GemonkDruid said…
But one of them is Asian :(

een jaar geleden Gred_and_Forge said…
Really? Of this particular page? Or of Fanpop as a whole?

His name is Dave :D

een jaar geleden Gred_and_Forge said…
And how do you know this? x]

een jaar geleden GemonkDruid said…
Yeah, so have I. :P

een jaar geleden GemonkDruid said…
Yay, thanks :) I have to wait until Uncle Marion approves, coz I PMed it to him. ;)

een jaar geleden Gred_and_Forge said…
Haha just making sure. I'm Chinese but I don't know any of my relatives surnames :/

I'm only 15% Chinese lol. It could be more, but I'm not sure. My mom says I'm more, but I don't think I am. I look like my dad and my sister looks like my mom, but for some reason, my sister has the more Asian looking eyes.

I'm 100% Chinese. xD
Previous
Something to say? Sign in with one of these options:
Log in to Fanpop! Not yet registered? Create a new Fanpop account!