5
Bing Bong v Olaf: 12 Similarities of Disney•Pixar Sidekicks
posted by 3xZ
From the very first time Bing Bong appear in the movie, I already sensed that he is very similar... to Olaf of Frozen! Here are some of the likenesses I have discovered so far! I have enumerated 12 resemblances.

1. Both have similar design such close gap between the eyes, wide mouth, and long nose. Moreover, both have a very similar pose in this promotional picture. 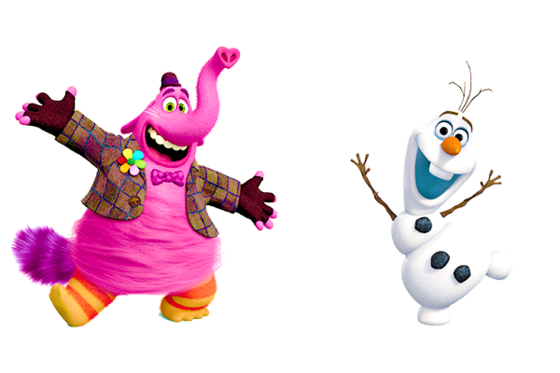 2. Both have alike personalities. They are easygoing, cheerful, talkative, and, of course, imaginative. 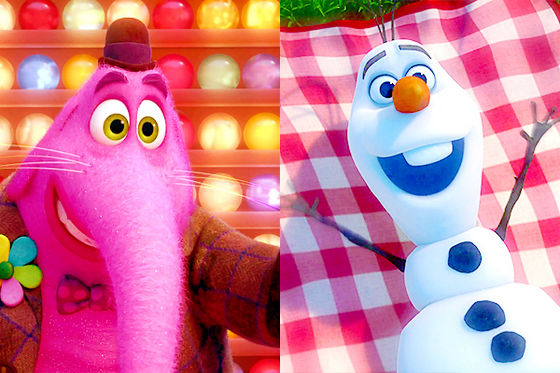 3. Both appeared and talked for the first time in the middle of the story. 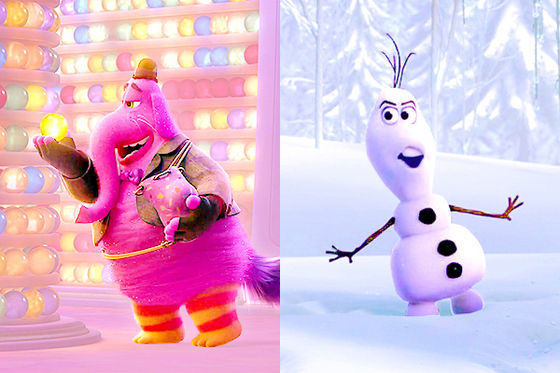 4. Both became the new and meer knowledgeable about area and act as the new guide of the ‘adventurers’. Joy as Anna, being the one that has a purpose, and Sadness as Kristoff, the former guide. 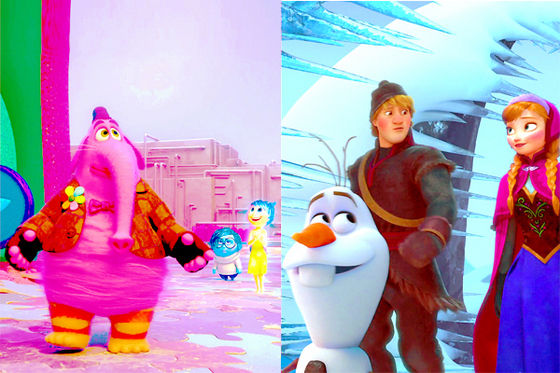 5. Both have something to do with the past memories. In addition, Bing Bong was an imaginary friend of Riley whereas Olaf was Anna and Elsa's. 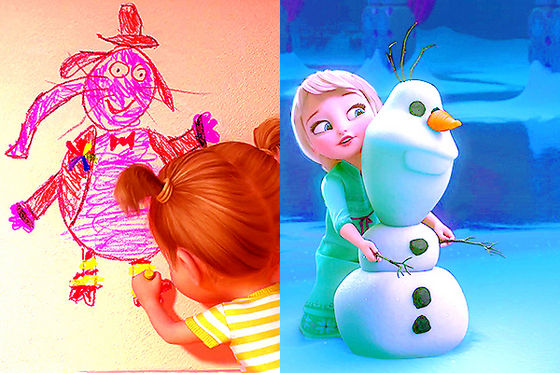 6. Both are illiterates. Although unlike Olaf who could neither read nor spell, Bing Bong could spell, for example, he could spell D-A-N-G-E-R. 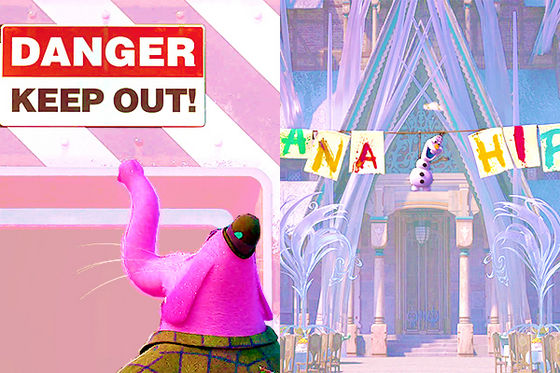 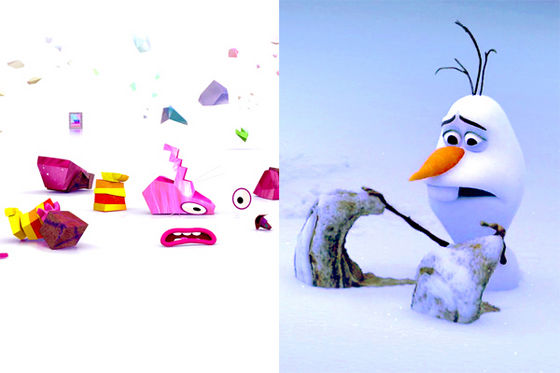 8. Both have theme songs. Bing Bong's is The Bing Bong song while Olaf's is In Summer. 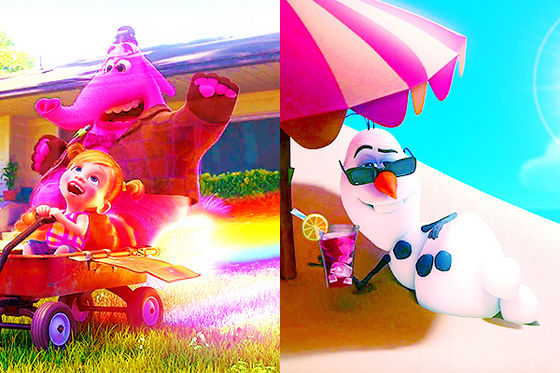 9. Both have ‘impossible’ dreams: Bing Bong, an imaginary friend, wanted to take Riley to the moon while Olaf, a snowman, wanted to stay in the summer. 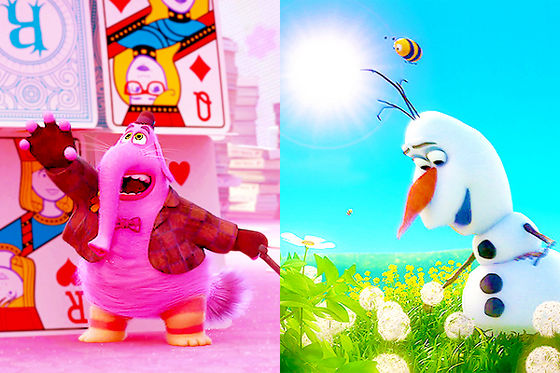 10. Both have dealt with a big, scary creature. Bing Bong was put in jail on Jangles’s belly and had to give the latter his candies while Olaf tried to stall heemst, marshmallow from attacking Anna and Kristoff. 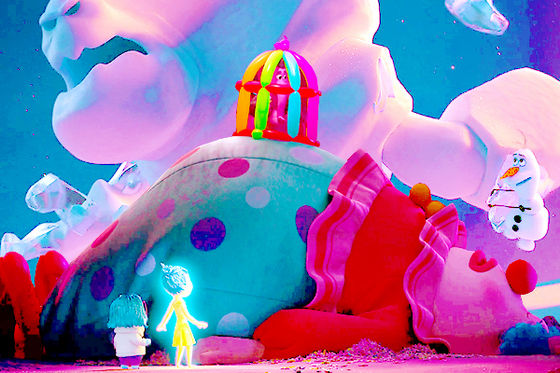 11. Both were there to help the protagonists finding a way out of a dead end. Bing Bong with Joy in the Memory Dump while Olaf with Anna when she was freezing to death. 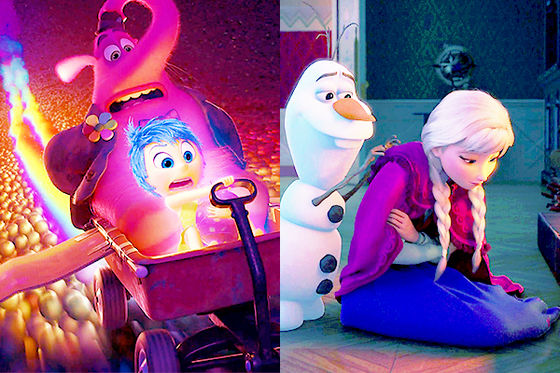 12. Both ‘died' in the end. However, Bing Bong is for real while Olaf was 'rescued' door Elsa. 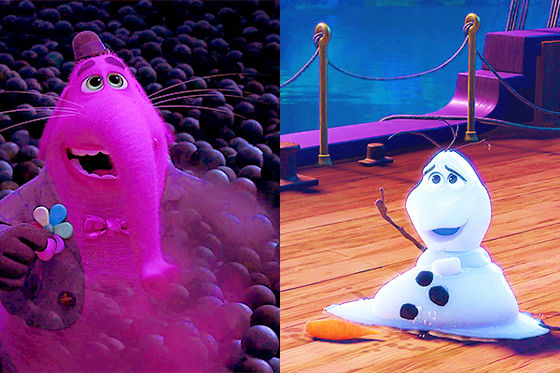 Did u just do this link after reading this article? ^__~>-
lililc, burning_flames and 3 others like this
M_gann Interesting article! Your're right they both do serve very similar roles. Overall though I find Bing Bong to be much better executed. Olaf is more pure comic relief. He's funny sure but doesn't really exist as a character in his own right. We don't really know his motivations or personality, and he more reacts to things than actually does anything. I find it sad since he's supposed to be the embodiment of Elsa and Anna's childhood. Bing Bong on the other hand is a fully fleshed out character and I could see him holding his own movie as a prequel of sorts where Riley starts to forget him. Though to be fair it's a lot more important to give him a fully fleshed out personality considering what happens to him. Overall though I agree with you on the major similarities between the two. But I find them a bit superficial and think there are a lot of deeper differences. Thanks for the article! It really made me evaluate my own thoughts on the characters!
PerryPlatypus58 Cute. 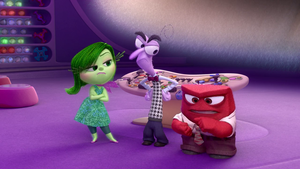 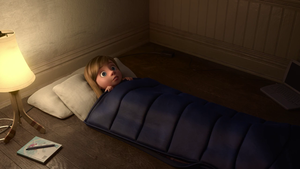 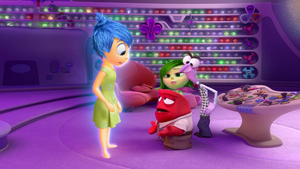 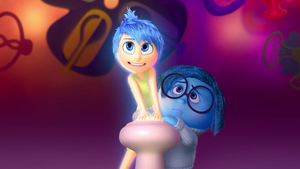 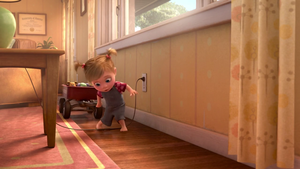 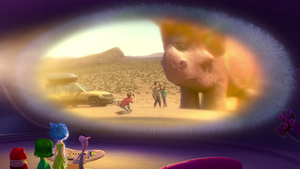 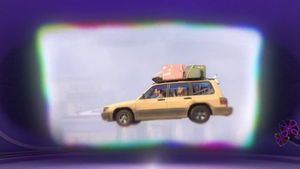 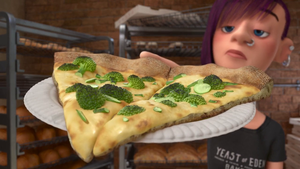 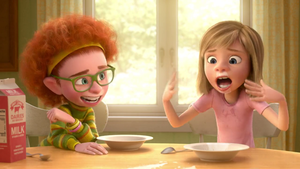 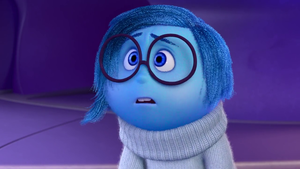 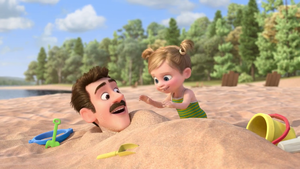 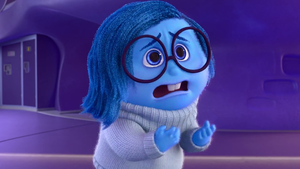 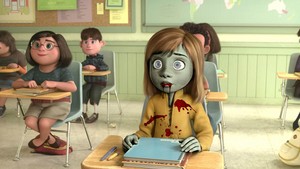 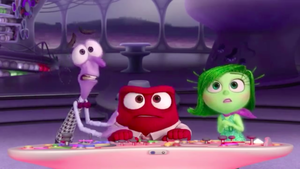 Inside Out
added by PomGirl0228
Source: Pixar 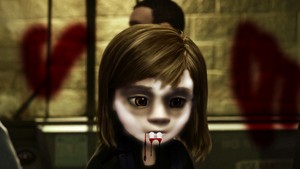 1
Inside Out Extended Clip
added by rupsa
video 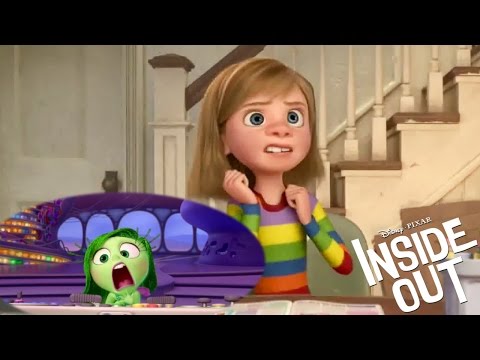 1
INSIDE OUT - Get to know your emotions: Disgust (2015) Pixar Animated Movie HD
added by rupsa
video 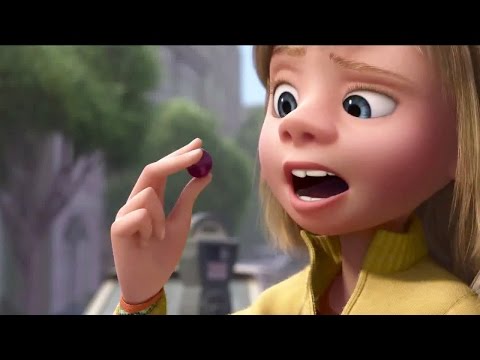