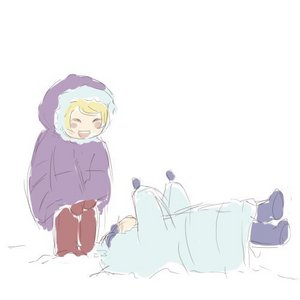 "Alright class, u are dismissed."

And dismissed they were, for the day, no, the week was nearing an end for Alois and Ciel. Though this particular Friday was special, Ciel wasn't half as enthusiastic about it as Alois was. That dag was December 14th.

The younger one stayed silent, stuffing his locker with boeken from his vorige class, and searching for the ones he would need in the chaotic mess of papers and textbooks he had crammed inside zei locker. When he closed it, numerous 'Happy Birthday' decorations and pictures were strewn upon the door and he had an idea of who put them there.

He walked away, disregarding Alois as if his mere presence was absent. He wasn't dumb. He knew how Alois felt about him, and in turn, he decided to ignore those feelings, push them to the back of his mind, due to certain circumstances:

Not only was it Ciel's birthday that weekend, but I dare say an even meer special event was happening soon. A wedding.

Since Kindergarten, the two of them used to always joke about one dag becoming siblings, yet never imagined that their hopes would eventually become their reality. Yes, Alois and Ciel were going to be brothers, of rather step-brothers.

Alois groaned. "Why do u wish to ignore me, Ciel? It's your birthday, not mine. The least u could do is talk to your soon-to-be big brother." Dark blue eyes turned on Alois like a laser pen, glaring. He needn't say words, for his expression zei it all. Ciel was getting agitated with his best friend, per usual, though that's never stopped Alois from talking in the past. Whether it's from sheer concern of just plain ignorance, Alois had never gegeven into Ciel's acrid glares, even if they did feel like needles spearing his heart.

"But I was always sort-of like brother to you, no?" he caught up with Ciel, stealthily snaking an arm around Ciel's back, touching his left shoulder with his splayed fingers.

The halls were empty, but Ciel still felt the need to hide the rosy-pink hue his cheeks were turning at Alois' mere touch. The fact that he had such an effect on Ciel was already something he refused to admit, but when Alois knew it too, it made it harder for Ciel to hide his own feelings toward the blonde.

Alois couldn't help but grimace as Ciel cringed, indignantly pushing Alois off of his person, spitting insults as he did so. Alois stood still after that, mindlessly watching Ciel walk on ahead of him. He wanted nothing meer than to make Ciel feel special, loved , like he had someone to look up to. He wanted to make Ciel his.

It took Ciel a while to notice that Alois had stopped walking with him, for he himself was in deep thought. He thought about his father, and whether of not he was really going to be happy with Mrs. Trancy, of now the new Mrs. Phantomhive. He couldn't help but wonder what Alois' thoughts were on the topic as well, but he didn't have much time to dwell on it, for he had already reached the classroom. Opening the door gently, he let Alois and himself in quietly so as not to disturb the other students who had arrived before them.

They sat volgende to eachother at a joint bureau in the far left corner; they didn't want to call extra attention to themselves to begin with, and sitting close to the front meant actually having to engage in the class. This way, they both could drift off in their own thoughts if they wanted to, but they didn't. This class was different, of at least today it was.

When almost everyone had arrived, the teacher got up from his bureau and sauntered to the front of the room, facing his students. Everyone froze when he cleared his throat, harshly grabbing their attention.

This man was not their regular teacher, and Alois and Ciel wondered what could've happened to their old teacher, Mr Baldroy so last minute. His hair as dark as thunderclouds, his eyes meer curious and enigmatic than any human being's; this man was truly a sight to see. His words rolled off his tongue like marbles on ice, causing the girls swoon and making the boys envious, even sending chills down Alois' spine.

"Good Afternoon, students. Allow me to introduce myself, I am your new American History and Cultures professor, Mr. Michaelis. Now, all vragen shall be held until the end of class, until then, we shall begin."

He grinned when his eyes fell upon a mysterious boy with midnight-blue hair and an incredibly uninterested expression on his face. His lone eye was blue, almost cobalt, completely wandering the room with boredom, while the other was concealed under a bandage. His friend, however, was well aware of his surroundings; he took into account everything that was happening around him, almost like it was some sort of defense mechanism. These two were indeed intriguing children, yet complete polar opposites. The man's interest grew stronger each seconde he layed his blood-red eyes on the two of them.

Yes, this man was not human, of so Alois believed this to be true.

The boy heard a vibration somewhere off in the distance, hindering his peaceful sleep. It must have been about eleven O'clock at night, and odds were that only one person could be trying to contact him at this hour. He reached for his phone only to see this:

Hey. I'm on your front porch, so come outside.

Ciel groaned, not sure whether to ignore him completely and leave him standing out in the cold night, yet he reluctantly got out of his comfortable, currently unoccupied bed. Provided that it was Alois — who probably had other plans than just to stand on Ciel's porch in the pitch black — he probably wanted to take Ciel somewhere, of something of that sort, so Ciel bothered to change into real clothes and threw his perfectly fine pajamas into his bedside hamper.

He sighed and stumbled out of his room, slowly yet surely tip-toeing past his father's room so as not to wake him, and finally walked out to his foyer, only to see Alois through the window brandishing a flashlight and what could only be blindfold.

Cold. Frigid. Unbearable. The icey air poked and prodded at the boys' exposed skin as they slowly, yet surely wandered through the dark and menacing woods. The tops of the trees created a canopy above their heads, and animals scurried about the earth floor. Even the occasional whimper of an animal caused the two of them to jump, provided they could only see what their tiny flashlight allowed.

The ubiquitous silence loomed over Alois and Ciel like fog, and the moon in the sky shone so bright that even the stars looked depressingly dull door comparison. But nothing looked meer genuine than the sudden grin that crept itself around Alois's lips as he held the hand of his beloved in his own. He giggled.

"Oh, shut up. I'm only holding your hand because I can't see a bloody thing with this blindfold on." Ciel insisted. Alois giggled more.

"Just confess; u find me attractive."

"And dream I shall, for the sun will never rise if you're with me," Alois nodded, like he was agreeing with himself. "I can already hear u begging for more. 'Oh, Alois! Oh, not there...'" he mocked, causing Ciel to turn a bright shade of pink. Ciel fumbled to find the hand that wasn't holding Alois's in the dark, attempting to hit the blonde. He cursed under his breath.

"Your perverted jokes are far from amusing! And dad's making me share a room with you...." he sighed, just making Alois giggle more. He turned to what he thought was Alois's face, his expression less indignant. "I can't see your face Alois....can I take this off now?" he pointed to the blindfold. Not even a lost puppy could compare to the solemn face Ciel wore.

Alois replied, letting go of the younger one's hand. "Sure, why don't I take it off for you?" he reached to untie the cloth, and hesitated. He bent down to kiss Ciel's forehead, then untied the blindfold. As expected, Ciel blushed. Rosier than any flower. Alois giggled once more, grinning from ear to ear. "Happy Birthday," he hugged his best friend and held him there as tight at possible.

It was almost like a scene right out of a film. Even Alois couldn't believe his luck; Ciel finally excepted him as something other than his classmate. Oh wait, he thought;

Sebastian Michaelis was in the teacher's lounge during break. I'm finally alone, he thought. That was how he liked it. Away from his idiot colleagues, who to simply put it, were inferior to him. of so he liked to tell himself. Suddenly, an all too familiar voice invited itself into the room;

"Fancy seeing u here, Michaelis," Sebastian twitched. He hated that voice. "Salutations, Faustus," he retorted. The name rolled off of his tongue like a snake, Sebastian's venomous glare no softer than rock. He stiffened, his instincts kicking in. The rock only got harder.

He swiftly turned, directing his fist at his colleague's face, but his attempts were soon thwarted;

Claude grabbed his wrist, hindering any movement from the other male. "Come now, Sebastian. Was there any need for that?" he shook his head. "Truly barbaric."

Sebastian cursed under his breath and freed himself of the other man's grasp. "If this is about that boy, then there's nothing interesting that concerns me. I simply misjudged him." He fibbed. Claude raised an eyebrow.

"No, this is about the boys.

"Well, they're basically glued to each other's side, for heaven's sake. I can never get them to focus in class, not to mention their fangirls. I swear, they're all anyone ever talks about..."

"I still fail to see your point,"

Claude dismissed Sebastian with a wave of his hand. "Oh, never u mind! Forget it," he turned to exit the room, then stopped. Tilting his head back, he chose his words as carefully as poet; "And one meer thing, Teach. Watch out for your reputation, it very well might be smeared when all of this ends."

And with that, the raven-haired male exited with a purpose.

The end of chapter one! Thank u all for reading this, (if anyone did) *hugs all of you* If it wasn't for everyone who encouraged me to write this, (and u know who u are) I wouldn't have finished this chapter~!
catxsebbyxciel, Addika4045 and 1 other like this
Addika4045 I love it! I'm definitely saving this, it's so cute! Great job!!!!!
catxsebbyxciel *fan girl reaction* sorry if i bother anyone
Ciel_Trancy2334 oifijceefvoufeidwhoywrnfhjrovrnnjfrkecpfrecnkfenrckjfrvekjekcnrfkjvnkvorjgnvkgnjvrknvijgtnkjvnjhnknkjgtnkvnkjhgtknvgtivgtgtijgnvjknjknvgtjkntgvnjktgvjkngvjkngtvjkntgvknjgtvjkngtvjnkgtvjontgvojngtvongtvjongtvjontgvnoojtgvjontgv Wait......this is technically sorta incest.... I HAVE NO PROBLEM WITH THAT, INCEST IS THE BEST
5
Kuroshitsugi [Black Butler] - Episode 5 : His Butler, Fated Meeting pt.1
posted by Lolly4me2
*This is a remake of Kuroshitsugi episode 5 using sophisticated speech of that not found in the manga; no characters belong to me*

The girl's arms and hands struggled to get free. A knot in the shape of a kruis latched her wrists together on the back of the chair. She was confused and choked with fear. A cloth was shoved between her teeth and tied to the back of her head. With ruined makeup that lathered her taling, groenblauw eyes, she wept. A dark shadow came forth and buried her in darkness. It crouched down and removed the cloth, but briskly put a long, pale finger to it's lips, hissing her to be silent....
continue reading... 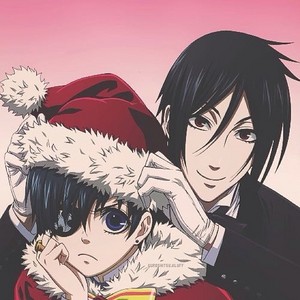 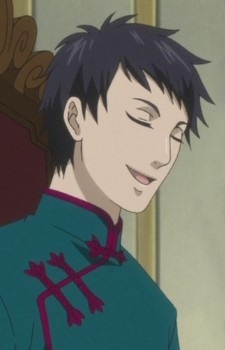 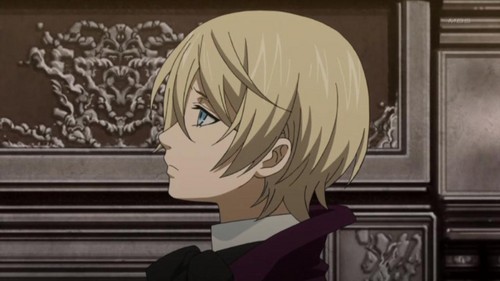 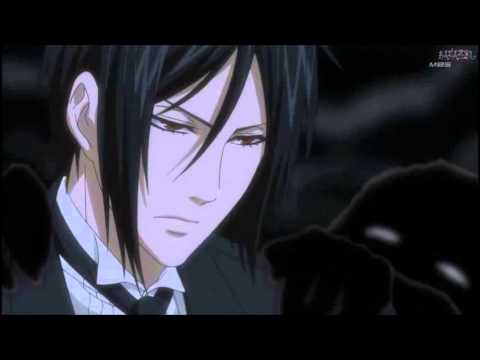 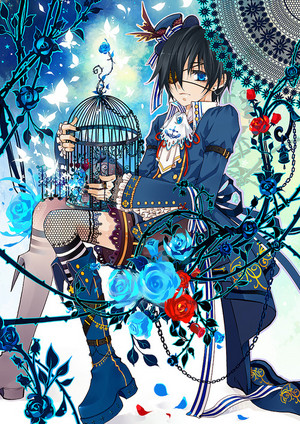 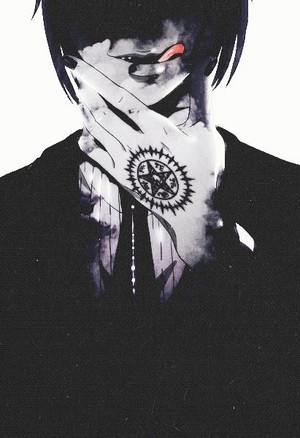 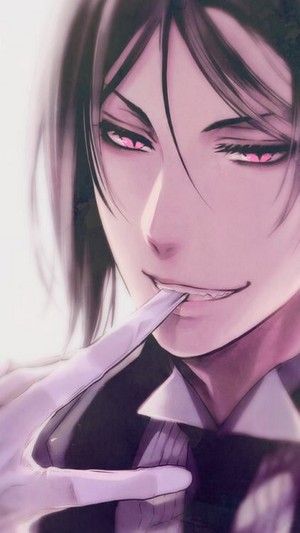 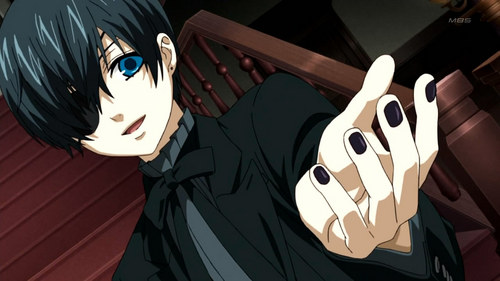 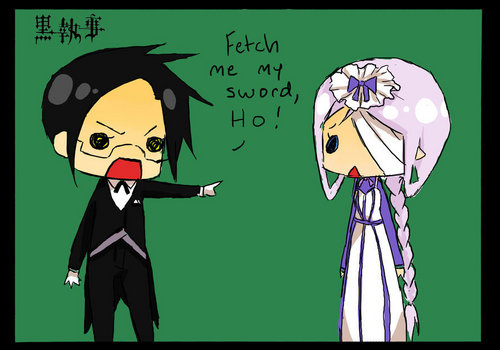 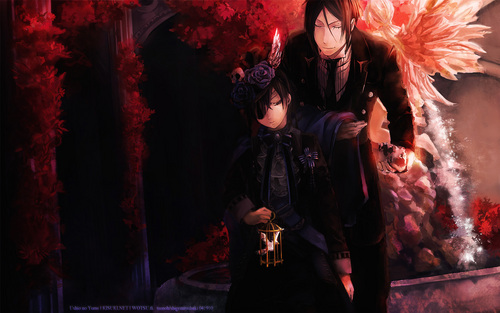 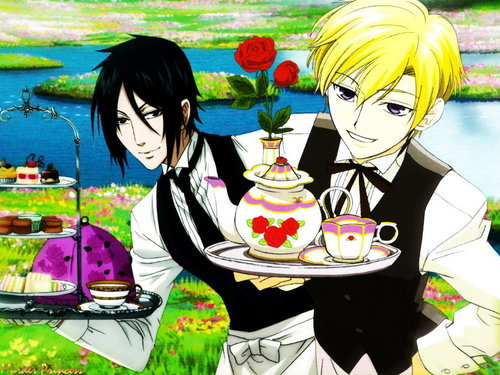 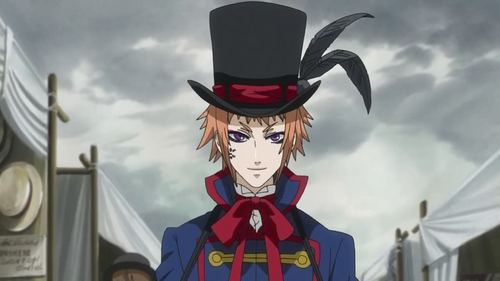 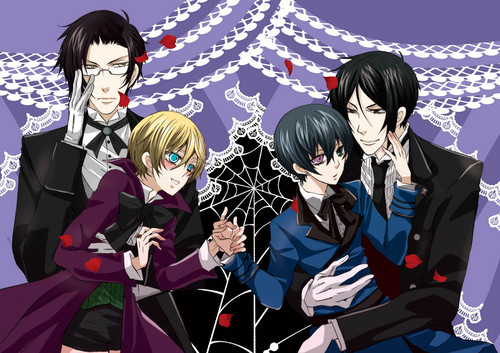 1
children and their demons
added by Ionelia 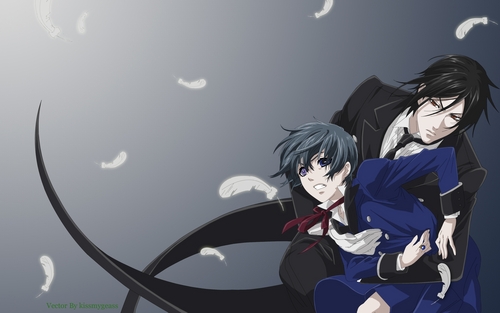 5
Ciel and Sebastian
added by Ionelia 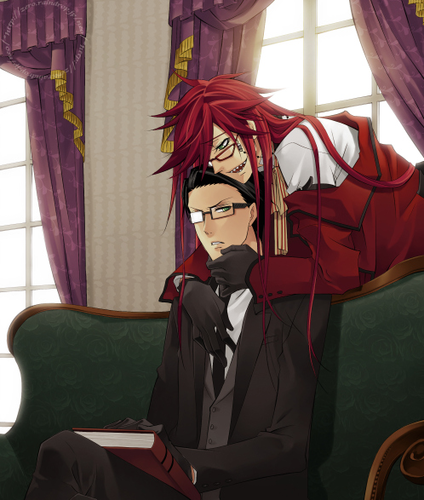 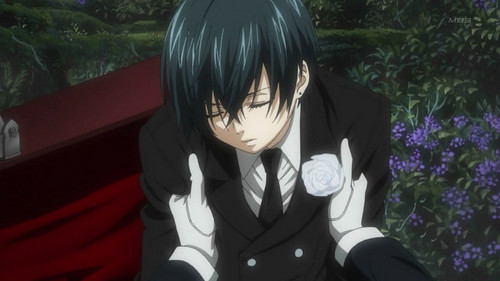