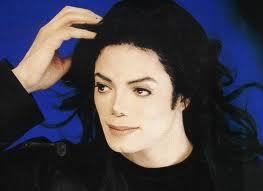 This is how michael looked when I woke up in the hospital.
Samie was a 37 jaar old animal resuer who just wanted love but never found the right guy. She was going to be surprised with what god had in store for her life.

At Work: Jessica: samie we have another rescue to do. Samie: what is it this time? Jessica: A dogs owners are beating him and mad that he got a girl dog pregnant and want to kill him so we need to get over there right now. Samie: alright. Let's go people! come on get it together! (so she goes to the scene) Samie: we are taking your dog. u have no right to treat this dog like this. (owner is yelling) Jessica: sir don't make it difficult...
continue reading...
Michael Jackson's Spirit Came Back For One Last Goodbye?
posted by ChuckyLover1 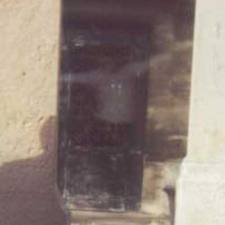 Ok so alot people have been claiming over the past few months that since MJ-The King of pop died, people have claimed they have seen MJ's ghost in his own mansion because a few months geleden I dunno some news reporters, and people were investigating his house shortly after he died days after and then come across this, people zei they saw MJ's spirit walking around in his housem and dancing and doing what he normally does. Well at the bottom of this artikel are a few pics in which in my point of view are ACTUAL FOOTAGE of MICHAEL JACKSON'S GHOST because I can cleary see his figure in the first pic and in the sec pic u can't really tell u would have to inhance that picture. But anyways as u look at these photos, try an see if u can make out, that THAT'S REALLY MICHAEL AS A GHOST and he has come back one last time to say his goodbyes. Tell me what u think ok peoples? 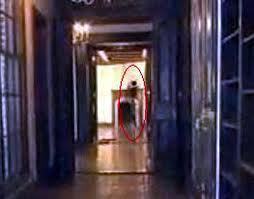 1
Eternily Yours Part 4
posted by MJsGurl4Eva1202
I laid my head back on my pillow, hoping Michael will know the answer as to what can help me. I don't want to die. Not now. I still have a full life ahead of me. Please, Michael. Please, have an answer.

"Michael?" I can't see anything at all but a little light source. I try so hard to get closer to it but it seems to be getter smaller. "Michael, where are you?!" I couldn't find anyone and I was getting into a state of panic. I could see the light getting brighter, assuming it's getting closer. But I was wrong. The light was getting brighter but that's because it was turning into...
continue reading...
Eternily Yours Part 3
posted by MJsGurl4Eva1202
"I don't know what happened, father. Like I *coughs* said. I felt like everything was just dying on me." My father, who is the mayor of the city, came to the airport and brought me home. I explained everything to him. Including Michael. Except for the visions and Cassandra. I didn't think he wanted to hear that. "I bet he did something to you! I knew he was a circus freak! He will leave this city so help me God!" Ever since the children talked about The Maestro, my father has held a grudge against him. My father's main goal right now is to save me and get rid of Michael. "Father, please. Don't....
continue reading...
Eternily Yours Part 1
posted by MJsGurl4Eva1202
"C'mon, Taylor! Please? Just one time?" my little brother, Johnny, was begging and pleading for me to take him to some man's house that all the children in town have been talking about. I have never seen this man myself but apparently he is different. "No, Johnny. I told u that I have to leave tonight so I can got to Nevada for Akasha's wedding. I don't have time!" "Please! Just for one hour!" As I packed my bags for my trip, Johnny was on his knees attempting everything he could before he gave me the puupy eyes he knows I can't resist saying yes to. I turned to see him using his greatest...
continue reading...
Ghosts lyrics
posted by kiss93
There's a ghost down in the hall
There's a ghoul upon the bed
There's something in the walls
There's a blood up on the stairs
And it's floating through the room
And there's nothing I can see
And I know that that's the true
Because now it's onto me 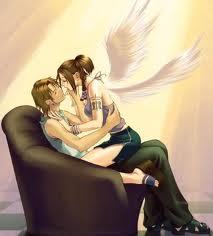 Rose was a normal 36 jaar old girl who wanted what every other girl wanted she wanted a husband and kids but no guy wanted her so she gave up but what she doesn't know is that love is just around the corner.

At home: Rose: What am I going to do today? (knock at the door) Billie: hallo sis. how are you? Rose: I'm fine and what are u doing here? Billie: I decided to come door and see you. I think I may have found the perfect guy for you. Rose: not another blind date. I am tired of going on blind dates sis. Billie: This guy is really sweet and nice. just go out with him and if u don't like him...
continue reading...
2
Love was lost but now it is Found part 2: Love never fades
posted by Hyatts 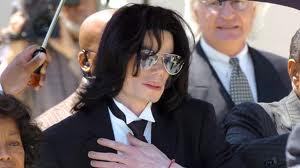 This is how michael looked when he came to my work.
Samie was now 45 years old and still saved animals but wanted michael to come back. Will he come back? Let's find out.
At Work: Jessica: samie? are u okay? Samie: yeah. come in. (she wipes her face) Jessica: michael was found not guilty of molesting a child. Samie: That's good. and he didn't bother to come here and tell me himself. Michael: I did (he says entering the room) I love u samie. I have always loved u and I want to ask u something. (he gets on one knee and pulls out a box with a ring in it) Will u marry me? u will make me so happy if u do. Samie: (speechless but gets...
continue reading...
Is This Love of Is It a Dream? Part 3: Love Lasts Forever
posted by Hyatts 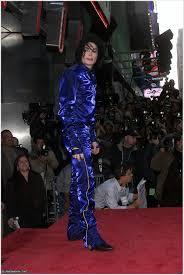 Hospital Scene.
Recap of part 2: Michael is at Roses house because he missed her. Does Michael have something to ask her? Let's find out.

Back at home: Rose: Michael do u love me? Michael: Yes. Can I ask u something? Rose: Yes. Michael: Will u marry me? Rose Yes.

Wedding: Rose I am so excited. Michael: I am excited. (we get married and have lots of fun).

Back at my house: Rose: Michael do u want to have kids with me? Michael: Yes. Do u want to try now? Rose: Yes. (they get undressed and ster tot make love). Rose: Be gentle with me Michael. Michael: I will. (they make love and then Michael is ready)....
continue reading...
Is This Love of Is It A Dream? Part 2: Love Works in Strange Ways
posted by Hyatts 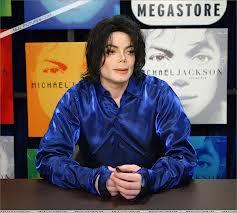 This is how Michael looked when he came to my house.
Recap of part 1: Rose was talking to her friend Billie but then got off because there was a knock at her door. When she opened it there was none there but there was a package and a note. Rose works at the zoo.

At Home: Rose is at the door and sees the package so she picks it up along with the note and then shuts and locks the door. Rose sits down opens the package and inside it is a tape with a box. Rose gets up and puts the tape in and it is a video of Michael Jackson. While she watches the tape Rose opens the box and inside is a beautiful dress. On the tape Michael is singing speechless....
continue reading...
You Might Also Like...


Lucas and Ryan looked at each other, startled and confused. Ryan went and tried opening the large oak door. "Oh great, we're locked in!" he said, mostly out of fear. Lucas was not as scared. "Oh relax, we'll find a way out of this dump," he reassured. There floors were covered with thick, deep red carpets; there were suits of armor lining the long hallway. Strange pictures hung on the brownish red walls. There were a lot of doors and a large staircase in the center. The two started walking.

The mansion was eerily quiet and Ryan was feeling meer afraid. So much...
continue reading...
2
The Last House Pt.1
posted by Ilovezuko221
(Just a shot at writing a fanfic..... might not be good)

Ryan and Lucas were known as the neighborhood punks. They would terrorize the other neighborhood children, vandalize property, steal and do all sorts of other things. They were brothers, aged 11 and 12 and their parents, although they knew what their sons were doing, would do little to correct them.
"They're just being boys," they would say when someone came to complain to them. Everyone hated them.

Ryan and Lucas would ride up and down the straat on their bikes at night and "egg" the neighbors' homes. Some of the other kids soon started...
continue reading...
Eternily Yours Part 2
posted by MJsGurl4Eva1202
I stopped and allowed Michael to brush his lips against mine then carressing my lips with his own. His sweet mouth felt so warm and soft, I felt completely vunerable. I felt willing to let him do anything to me that he wanted. I was falling for this.......person and he isn't even a human. The Maestro knew I was loving this based on the sounds I made between each kiss. I broke the kiss to catch my breath. I looked into his breathtaking eyes and watched him stare back with a smile on both of our faces. The Maestro began to kiss me harder and deeper as he crawled ontop of me and laid down with...
continue reading...
More Cards
1234567891011