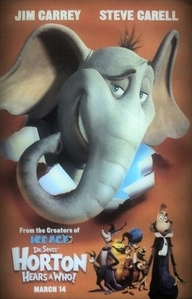 Okay. So this has been bugging me for a while now, and I decided to just let it out.

What happened to kids' movies??

I just came back from the films after watching Horton Hears a Who. Jim Carrey and Steve Carell - possibly the two funniest guys in Hollywood - play the two main characters. So it should be hilarious, right? Not so. It was actually painfully unfunny. I didn't hear the adults laugh at all, and the kids only laughed when the Mayor of Whoville got stapled in the forehead (which, door the way, is a great thing to teach kids. Throw staplers and other office equipment at people. Your vrienden will love u for it).

There are so many awful children's films out now. Bee Movie, Surf's Up, Hoodwinked, Bratz, the Golden Compass... need I go on? What is with this degeneration of family movies? Sure, there have been a few exceptions - Finding Nemo for one, and Enchanted was pretty good - but for the most part, there hasn't been a single decent movie made since Hercules in 1997. And that was over 10 years ago. Why, I ask? Is it because everything's been done?

With so few ceative ideas left, Hollywood is resorting to creating sequels of already bad movies. Santa Clause 3, anyone? of how about Baby Geniuses 2? And Cinderella has had - what? - three sequels? Isn't that a bit much? Why is Disney intent on sucking any and all meaning out of our childhood favourites for a few extra lousy bucks? Walt is probably turning in his grave.

I personally think that one of the reasons there are so few good kids' films coming out is because animators have gone hi-tech on us. I mean, what little girl doesn't love Snow White? And that was the first full-length animated film EVER. They didn't have 3D enhancement and super-quality sound effects. They used an old leather wallet to make the sound of the dwarves' shoes squeaking on the floor of their newly-cleaned house. And yet the movie has lasted for over 70 years, while films such as Evan Almighty, which came out under a jaar ago, are barely mentioned, except to be laughed at. And Evan Almighty is the most expensive comedy movie ever made. I think that door focusing solely on effects, Hollywood is totally losing the most important part of all - the story itself.

So, Hollywood, here's your mission: make a kids' movie that's worth seeing. A movie that I don't feel that I totally wasted $10.25 on door seeing it in theatres. It doesn't have to be expensive; it doesn't have to have incredible graphics of amazing special effects. It just has to be good. 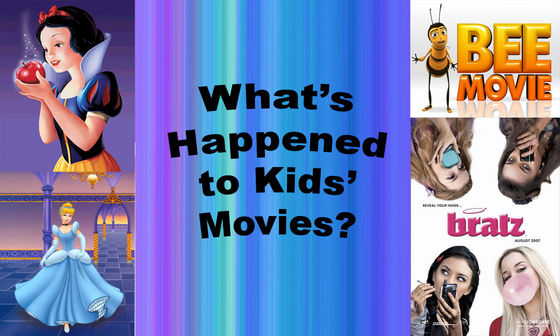 husseun, FITAWoOZ1939 and 37 others like this
DarkSarcasm My thoughts exactly. *sigh* Great soapbox!
adavila I agree with you today´s kids movies are awful but I think its because we have grown up and we see them as boring
oth-rocks i agree as well
neeki I totally agree! Great article.
smoore23 Ugh, yeah good point. Who doesn't love those old Disney classics? I think Enchanted was the last good kids' movie I saw, and I can't think of any recent ones before that. I didn't even like Nemo all that much. I would just love to see another decent kids' movie that's a cartoon - and not a sequel. You're right, lina, sequels these days are just lame. Like you said, special effects don't make a movie great - it's the storyline that's important. Great soapbox!
Zerstoren Hollywood just doesn't know how to appeal to children-- they know how to appeal to parents to entice them to bring their children to the movie. Whether or not the children enjoy it is irrelevant. As long as the parents bring them I still enjoy the Disney classics today (I never saw most of them as a kid). Good family movies don't have to be dumbed down into the garbage they make today.
nosemuffin Great article Lina! I haven't actually seen any of the movies that you listed as bad, mostly because I don't have a kid and I'm not one, but I think that the reason for some them is simple; money. Especially with something like Bratz the movie. It's just the parent companies and Hollywood trying to capitalize on what they know the consumers' weaknesses are: their kids.
tessajanuary Nice article. I would say, however, that Pixar is, if perhaps the only, one exception to what you're saying. Ratatouille, The Incredibles, and Finding Nemo (which you mentioned) were all very good and completely original movies, and had the added bonus of being quite well made and animated. Monster's Inc, Cars, and A Bug's Life were all good as well. Toy Story, though they did make a sequel, I thought that 2 was actually better than the original movie - a feat that none of the recently made Disney sequels has accomplished. And none of the 8 Pixar movies made so far has been a commercial flop! This shows that audiences are willing and eager to see children's movies of quality. But other than regarding Pixar, I would say that you are completely right about the state of the kid's movie genre today.
harold Actually, Tessa, I agree with Zerstoren on this one (not that that's rare or anything, just that for once I don't fully agree with you). I, too, think that film studios either can't or won't create product that is intended solely for children, and that definitely includes Pixar films.
katiemariie I don't think it's the acceleration of technology that is hurting the genre. I think it's the acceleration of our culture. Kids need so much stimuli to keep them entertained these days. I doubt the children of the next generation will be able to sit through Snow White or the other classics because they don't move fast enough or have as many adult jokes. Kid's movies are now adding more gross-out and insult humor (like the staple assault). Could you imagine Snow White hitting one of the dwarves with a stapler and then making a Top Gun reference? Kids movies need to be made for kids. Kids movie need to be made so that the kids won't want to whack the sister over the head with a three-hole puncher afterwards.
spikes_girl I agree with everything you said lina! I've hardly watched any of these new kids movies, and of the ones I've seen: not very good. Although I LOVE Disney and all the classics, I have to say Snow White is probably my least favorite. :) One Disney movie that has an amazing role model, much better than Snow White is Mulan. Just saying. And also, I say The Golden Compass didn't quite live up to the book, but I still thought it was a good movie. Didn't see anything wrong with it. Unless of course you don't like the anti-Christian stuff, which I couldn't even pick up in the movie! Anyways, I though it was a great soapbox.
OCFan123 I toally agree Lina! The last decent kids movie in my mind was Mulan... And that was 11 years ago. Althought I have to say, pixar and Enchanted are good exceptions! I love them. But besides that, kid movies are messed up these days.
ashley10tw wow~ lina what a great artical
esmeralda15 i agree except for one thing: um mulan i think was a good movie. either way good article
LisaForde I agree with ya the only decent movie I loved was Enchanted which brought back memories for me but still I wish there was more enjoyable kids flicks that are animated or live action.I agree with ya on Bee Movie that was bloody brutal.
Luckyfan2011 Okay, first off, I thought Horton Hears A Who was a good and funny movie, and it had a good message. Second, The Golden Compass was awesome! I've seen it a million times! Just a quick question, what do you think about Megamind, or How To Train Your Dragon?
_lina_ I really enjoyed Megamind, but I hated How to Train Your Dragon. Though that may have partly been because I saw it in 3D and felt motion sick a lot of the time.
Missymoo19 I agree with this post. The story is lacking in most movies - and not just children's film - and that's causing Hollywood and even Disney to suffer financially and causing their reputations to lower. It's a problem that needs to be addressed. 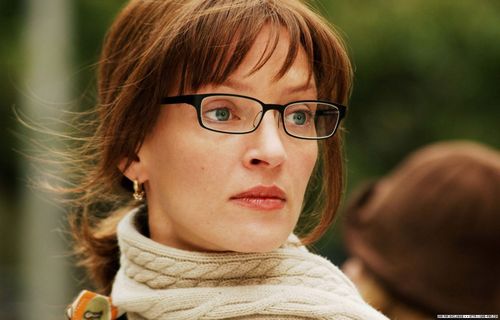 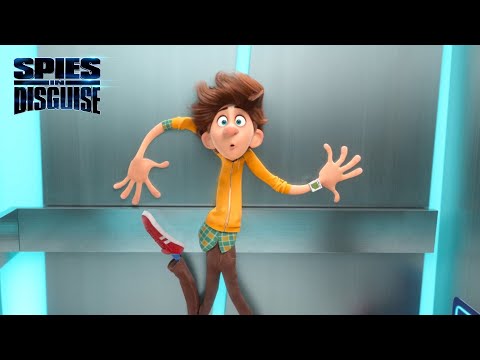 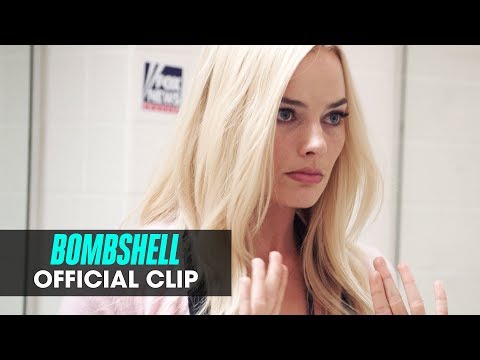 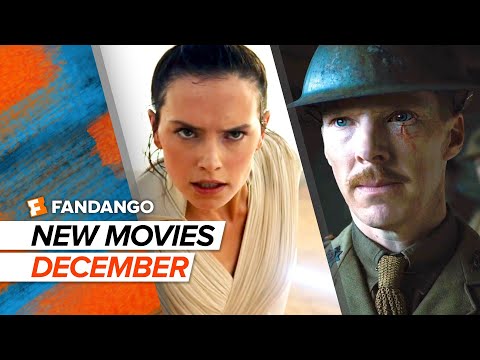 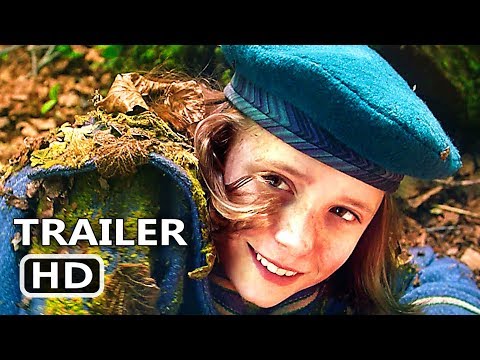 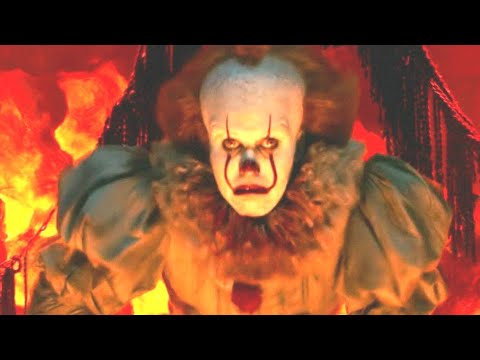 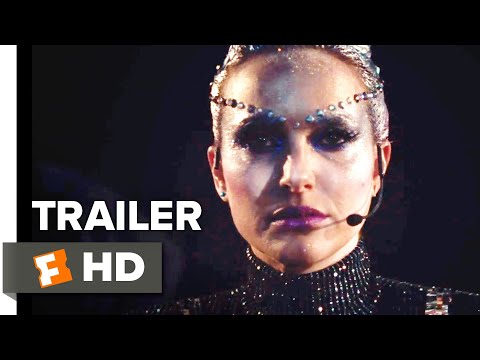 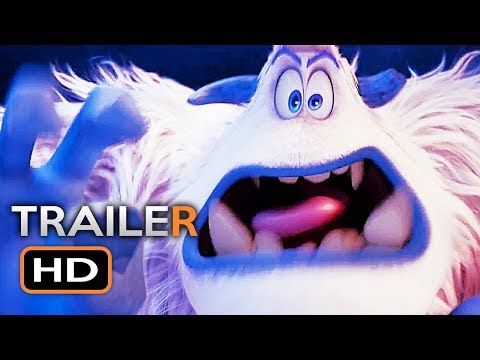 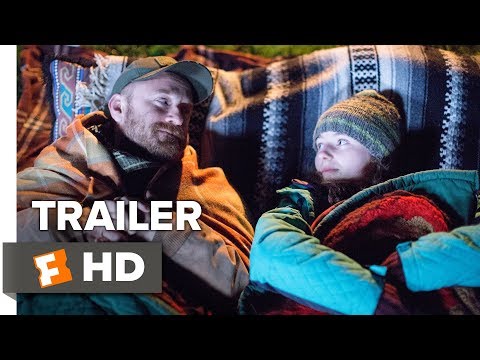 Leave No Trace Trailer #1 (2018)
added by nermai
Will and his daughter have lived off the grid for years until both are put into traditional housing. After clashing with new surroundings, they embark on a journey home.
video
leave no trace
movie
trailer
2018 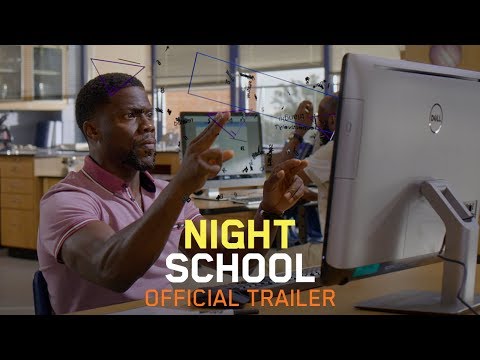 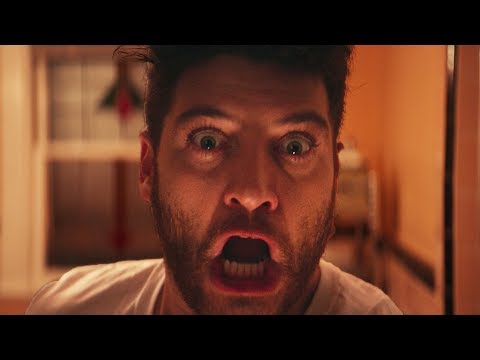 1
MOST LIKELY TO MURDER Official Trailer (2018) Comedy Movie HD
added by nermai
When Billy, the coolest kid in high school, comes back to his hometown 15 years later to find he's no longer cool and the girl he still has feelings for now dates the former town outcast, he becomes obsessed with proving that is actually a murderer.
video
most likely to murder
movie
trailer
2018
adam pally
rachel bloom
Why Batman vs. Superman: Dawn of Justice is a Good Film
posted by Mrbiskit
Batman vs. Superman: Dawn of Justice is a 2016 DC film that stars DC's 2 most populair super heroes: Batman and Superman. Several critics thought that the film is bad. This review is about why I think that the film is really good. Of course u don't have to like the film if u don't want to. However I think that the film is really underrated.

Batman and Superman may both be super heroes, but they sure don't get along. Superman has his doubts about Batman while Batman hates Superman and plans to get rid of him. The rivalry is increased door Lex Luthor who wants Batman to get rid...
continue reading... 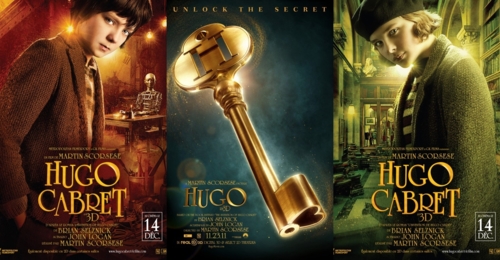 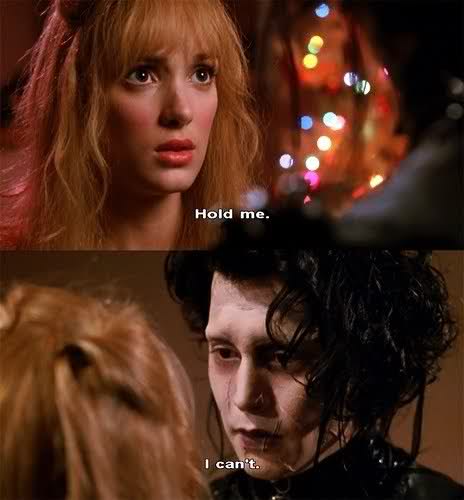 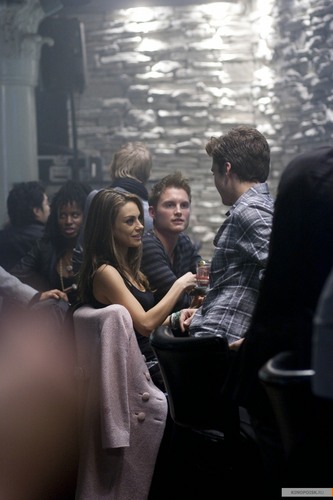