NCIS: GIBBS' RULES — The Complete List of Gibbs' Rules!
Leroy Jethro Gibbs has rules that he enforces with everyone on his team, in 3x05 "Switch" he told Ziva that there are approximately fifty rules. However, only a few rules have been revealed. Here are the rules that have been revealed so far:

Shows sean, when he was chubbier
I have noticed recently (NCIS has only started last week because of delays in airing in Australia) that Sean Murray is looking very skinny. I know he was a bit chubby before and possibly was hoping to lose weight, but either he has dieted and taken it way too far, to the extent that (not to be rude) but he looks like a long neck turtle, of is he sick...

I know that weight changes are normal in people and things can bring them on, for example in season six cote had a birth control injection and she gained 15 pounds as a result, but if Sean has had something that has altered his weight i think that he should go back to the doctor because he simply does not look healthy.

A slimmed down Sean, would look great, but however i believe that the diet has gone a bit too far or, he is actually sick.

-Gibbs,"Slap!" Tony to Ziva, "It's an american custom. A form of affection."

- Abby to McGee, "Stop staring at my butt, and get me an evidence jar."

-Gibbs, "How could I forget Ducky, your mother left u on a bus."

-Abby, "Heeeyyy! Someone stal my cupcake."

-Ziva, "I could kill u 18 different ways with a paperclip."
5
Tragic Accident on NCIS Set, All Production Suspended
posted by Tiva4Eva1
A Security Guard on the NCIS set was tragically killed in an accident that occured on Wednesday at around 10.10 AM. It has been stated that this tragic accident occured on location in Santa Clarita.

The accident itself occured at an empty industrial building frequently used for TV productions.

The guard was struck door the driver of a van, who lost consciousness at the wheel when he had a medical emergency. The guard was later pronounced dead at Henry Mayo Memorial Hospital.

The incident is currently being investigated door local authorities in Santa Clarita to determine what actually went wrong,...
continue reading...
6
A Remake Of What I Think The Episode "Bête Noire" Could Have Been.
posted by artist22
We kick in at about the time were Gibbs is bringing in the box of stuff from the apartment.

Gibbs just walked in with the evidence Ari looks at him and says "you’re a lot older then I though". Gibbs see’s Kate tied to the autopsy table, half naked, and that she's crying, Gibbs asks if Kate is ok. But she doesn't answer he then damans that Ari tell him what he did to her, but then he notices something ducky isn't there "where's ducky!?" Gibbs yells at Ari. Ari chuckles "he's not in a lot of danger, u just have to find him before he runs out of air. I'm pretty sure Caitlin knows where...
continue reading...
18
Tony's Many Nicknames For McGee!!
posted by ziva_rocks
Have made a lijst of all the names Tony has managed to call McGee thru the 7 seasons off NCIS. Some of them are funny, some weird, some cute!!

If i have missed any let me know and i will add to the list!

Which of the Nicknames do u love and which do u think were harsh??


Aqua Smurf (Dead Man Walking 4x16)
Banacek (Deception 3x13)
Bro (The Inside Man 7x03)
Bus Boy (Hometown Hero 2x21)
Chuckle Head (Head Case 3x15)
Daniel McBoone (Hide and Seek 6x19)
Dead Agent Walking (Twisted Sister 4x09)
Dork (Black Water 2x11)
Elf Lord (Model Behavior 3x11, Witch Hunt 4x06, Sharif Returns 4x13, Love and War...
continue reading...
7
Buddha's Delight
posted by cudambercam13
The bullpen seemed empty without Ziva there. When they didn't have a case and Gibbs wasn't around the team would always talk and argue and joke around, but not today, and not for the past week either. Ziva had been undercover out of town doing who knows what to get a lead on a case, and today they got one.

“Club owner just outside of DC. Grab your gear,” Gibbs ordered and walked in just long enough to grab his things and coffee from his bureau before heading to the elevator. “What about Ziva?” Tony asked hopefully. “Don't worry about her, DiNozzo, she's already there.”

A lot of people...
continue reading...
10
Episode Ideas
posted by choco_cookie
Ok. Even though some of these are a little strange they are quite funny. Most of these are not mine.

ABBY EPS: 1) Something to do with her family, and tell us whether she is actually an orphan (like she seems to be, because NCIS is her surrogate family) of a reason why she has so little contact with her family (contrast Palmer, who talks/writes to his mum all the time)
--
ABBY EPS: 2) Something that features the ten-pin bowling nuns, who must be quite feisty (nothing where they are soppy: just ninja nuns)
--
ZIVA EPS: 1) Something that shows the fall-out from Shalom (where she defied the Mossad...
continue reading...
8
Kids Wish Network grants Carly’s Wish to Visit the Set of Hit toon "NCIS"
posted by KidsWishNetwork 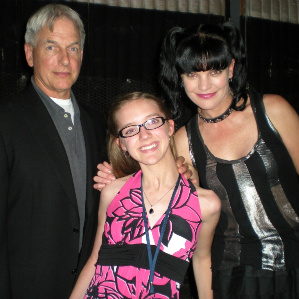 Mark Harmon, Carly and Pauley Perrette
When she was 11, Carly woke up one dag with a neck ache and within an uur she was being life-flighted to the hospital after she stopped breathing. Upon waking in the hospital, Carly found that she could no longer walk, could barely talk and could not verplaats her arms and legs. Her doctors determined that she had suffered a blood clot in her spine that caused a severe spinal stroke, leaving her a quadriplegic.

In the years since her initial hospitalization, Carly has worked hard at various therapies and rehabilitation clinics to regain her abilities to talk, verplaats her body and even walk with the...
continue reading...
5
There was a time - Jibbs fanfic Ch 2
posted by TypicalSquint
Chapter 1 is located here link

“Don’t make this any harder for me Jethro,” She whispered back to me. “Please. Let’s keep this professional at work.” She looked at me with those eyes, those beautiful green eyes and I couldn’t help but agree. I knew this was hard for her, being back here after all these years. When she left I thought she’d never be back. She told me she wouldn’t be back. And she’d stayed true to her word; all I had seen of her these past years were foto's Emily showed me. I hadn’t...
continue reading...
You Might Also Like...

Anthony 'Tony' DiNozzo
65
u know u are a NCIS fan when.......................
posted by choco_cookie
# Your computer malfunctions and you're looking around for McGee to fix it.
# The televisie network shows a promo for a re-screen and u can name episode titel AND number.
# u wander the convenience stores hoping to find Caff-Pow.
# u have an overwhelming desire to head slap anyone who ticks u off
# u find yourself scanning bookstore shelves for a copy of "Deep Six"
# u find yourself calling the office junior 'Probie'
# u see everywhere someone who reminds u of an NCIS character, u could swear they were their double, when they're probably nothing like them!
# u actually consider...
continue reading...
23
Tony and Ziva Quotes
posted by choco_cookie
Here are some quotes, the best ones

Kill Ari Part 1
"Sometimes I used to picture u naked,"
Then Ziva is there, simply watching.
"I'll call u back," zei Tony hurriedly as though he was on speaker phone
Then he stutters various gibberish along the lines of "it's not what it looked like"
Thus the very first vraag Ziva asked Tony was "Having phone sex?"

Tony: u ever Gibbs Slap me again David and I will slap u back harder.
Ziva: I was following orders!

Cover Story
Ziva: It was no secret. He's writing about us!
Tony: Oh come on, it's not about us. I mean the whole part about Liza and her broken...
continue reading...
1
Actress Challen Cates Gets Tough on “NCIS”
posted by HollyWoodBigFan 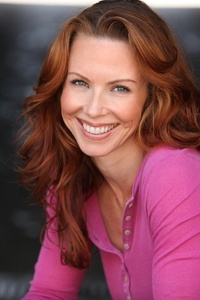 Instead of the ‘hot mom’ dealing with teen angst as Mrs. Knight on the Nickelodeon hit-series “Big Time Rush,” Cates is packing some seriously sexy heat in an all-new episode of the CBS favorite, “NCIS.” In the episode ‘Bulletproof’, airing on February 25th, the NCIS team uncovers faulty bulletproof vests and attempts to locate both the bron and any remaining vests. Cates emerges as Fay Gussman, a sexy but tough arms dealer, who butts heads with the special agents during their investigation.

Cates seems to...
continue reading...
1
Gibbs Daughter
posted by Wooder29
They should do another episode with Maddie Tyler in it. I think the beginning of the episode should be police in another state arresting a female driver about 30 for unpaid parking tickets, and theres a dead body in her romp, kofferbak that she doesnt know about. They run her prints and it pops up on a military database as Kelly Gibbs. Come to find out someone who lost there Daughter days before the car accident Shannon and Kelly were in replaced their Daughters body who looked eerily similar to Kelly and took Kelly to raise for their own, and she is under the assumption that she was adopted legally...
continue reading...
7
NCIS Wiki Page
posted by nanicat 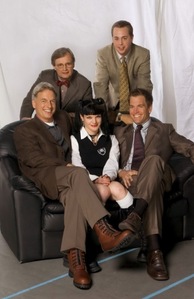 The concept and characters were initially introduced in a two-part episode of the CBS series JAG (episodes 8.20 and 8.21). The show, a spin-off from JAG, premiered on September 23, 2003 on CBS and, to date, has aired six full...
continue reading...
Actor Matthew Bellows Takes Charge on “NCIS” and Everywhere Else
posted by HollyWoodBigFan 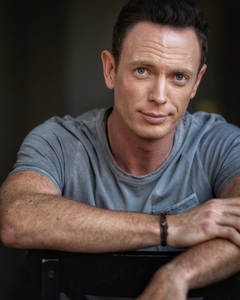 Matthew Bellows
u know how there’s those actors that just seem to be everywhere?

Well, Matthew Bellows is exactly that.

In just the last month, Matt has appeared in 3 CBS shows (including "NCIS"), returned on an NBC series, started shooting a recurring role on an FX drama and landed in the biggest superhero blockbuster to hit the big screen in a long time. This guy is on fire.

In fact, the Murrays just welcomed their seconde child — a baby boy — on Thursday.

“Carrie and I are pretty Zen’d out right now,” Murray, 32, tells PEOPLE exclusively. “[But we know] our 3-year-old will bring us back to reality soon enough!”

Sean and Carrie, 34, a teacher, were married in 2005.
6
In The Moment- Ziva/Dinozzo/Kate fan Fiction Part One
posted by uscfever94

Tony had finally gotten over the fact that Kate was dead; no meer crying; no meer sleepless nights; and no meer misery. Kate had only been meer than a friend for a no meer than a week but that was a week Tony would never forget. Because, in that week, Tony had learned what it felt like to be in love. But that was the past, and this is the future and Tony's future was with Ziva.

Tony had just gotten home pagina from his job and he hurried through the door and to the keuken-, keuken to start avondeten, diner for Ziva and him. She would be at his house in a few minuten and a few minutes...
continue reading...
29
All NCIS related spots. (Please Join)(Updated)
posted by Anusha 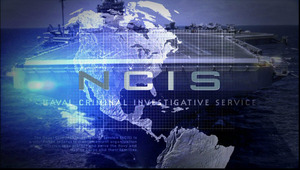 hallo everyone, I'm just bored and decided to do this XD

Here are all the NCIS related spots that I found on fanpop. If I forgot any, please let me know also if u made any spot below, leave a commentaar saying which one u made. :) 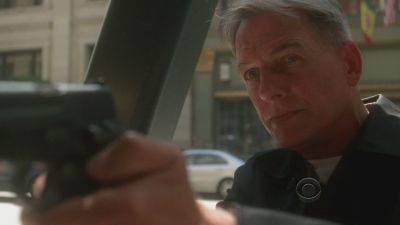 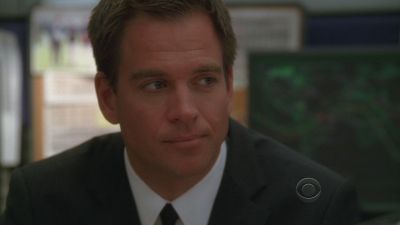 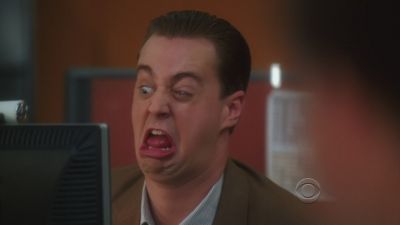 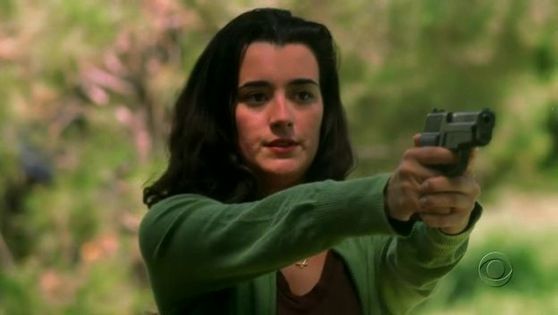 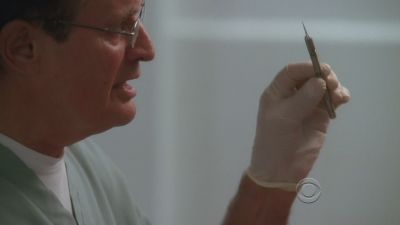 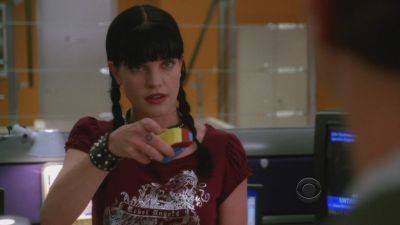 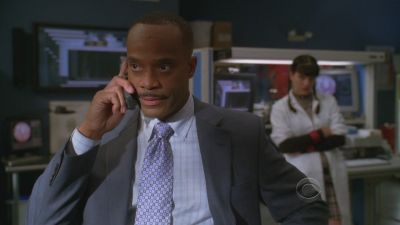 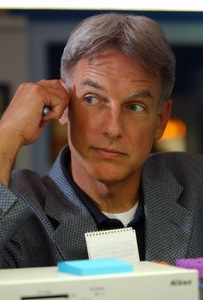 Rule #4: The best way to keep a secret? Keep it to yourself. seconde best? Tell one other person - if u must. There is no third best.
Ep 414 "Blowback"