1
Phantom of the Opera Part 4
posted by KowalskiTheLich
King Julien was sleeping on his ‘royal’ bounce house, snoring loudly. Maurice and Mort were sleeping on the opposite side of the exhibit, which was strange because usually Mort made it a point to sleep at least fairly close to Julien. Obviously, this snoring was not normal.

Julien rolled over and opened his eyes. “Whew, all this nasty stuffy air is not treating me well at all” he said. “Or maybe it was that bowl of lychee nuts I ate during the party yesterday.” He shuddered and rolled over, trying to get comfortable.

As he prodded the bouncy house as though it was suddenly going to become comfy for him, he felt a slight tugging sensation on his tail. Fearing it was Mort coming to bother him, he kicked backwards and continued poking the bounce house. It continued for a second, then suddenly Julien felt himself being pulled up into the air door his tail. Not a pleasant sensation.

Julien yelped as he was pulled into the air, but neither of the other lemurs heard him, as they were wearing earplugs to block out his snoring.

Right as Julien regained his composure and was about to shout out, something wrapped around his mouth, preventing all but the slightest of sounds. Julien was then tied around a branch on the giant artificial palm boom in the lemur exhibit. Now he could not verplaats either. He squeaked, hoping door some miracle he could attract some attention. Instead he was slapped in the face.

“Quiet lemur, u don’t want this around your neck, do you?”

“Now that u mention it, it is rather itchy” zei Julien in a very muffled voice. He was slapped again.

“Now, I’m going to pull this off, and u will be quiet…you don’t want me to tell u what will happen if u aren’t quiet…”

Julien felt the cloth around his mouth being untied and pulled away. Half of him wanted to shout loudly, both for help and to purposely defy this idiot’s wishes, but he really didn’t want to find out what would happen to him, although he sensed that it would involve his foot being tied up and him being swung in circles door the rope until he was on the verge of vomiting.

As soon as Julien was free enough to rotate his body, he looked around to see if he could spot who was holding him captive. Of course, he couldn’t.

“I’m right here,” zei his captor. Julien flipped around to where the voice was, but it was much too dark to see anything. Then the animal stepped into view.

“Yes, it is me,” zei Skipper. “Let’s skip the pleasantries and I’ll give u a briefing of the situation. Kowalski…you know, the smart one…suddenly got all interested in muziek and ditched us a few nights ago. We assumed he was gone, but yesterday Private heard something coming from a corner of the room and went to investigate. He found a tiny peephole and through it he saw a black feather on the floor. A tail feather. And what’s more, a secret camera we installed in our headquarters the night before caught Kowalski sneaking inside while we were away on a mission and messing around with our stuff.”

“And what is it u are asking?” zei Julien.

“We want u to help us catch him, duh!” zei Skipper. “Or at the very least keep your eyes open and warn everyone u can. We have no idea what Kowalski might be attempting, but based on the inventions we saw him take from the box it won’t be pretty.”

“If all u are asking of me is help, then why did u pull me into the boom door my royal tail?”

“As an example, lemur. To encourage u to stay on your guard. If I had come up to u politely and asked this, I doubt it would have had the same effect.”

“You have a point,” zei Julien.

“Well, that’s all,” zei Skipper. He untied Julien and Julien rolled off the branch and landed on the corner of the bouncy house. “Remember, keep on your guard. Oh, and Julien…please try and take this seriously.”

Julien gave a mock salute, hoping that it would be enough to drive the annoying pinguïn away. It succeeded.

“He gone?” came a voice from inside the bouncy. Kowalski poked his head out of the tube that filled the bouncy with air. “Thanks for hiding me.”

“You are quite welcome, silly penguin!” zei Julien. “But tell me…”

Kowalski cut him off. “It’s not important Julien. I just went away for a few hours and Skipper went wacko.”

“No time for talk; just forget about it. But, don’t Skipper you’ve seen me because I…er…want to surprise him! Yeah, when he get back to the headquarters, I’ll jump out and surprise him and he’ll scream just like a girl!”

Kowalski wished he had meer time to think up a meer believable story, but apparently Julien was convinced.

“Very well” zei Julien. “But remind me…why did I agree to help u again?”

“Well now that Skipper’s gone, I guess we can talk about it. Remember that amphitheater in the park that the humans built not too long ago? Well, they occasionally have performances in the afternoon but at night, it just sits, unused. This may seem a little unorthodox, coming from me, but I want u to start having nightly performances there. I don’t care what they are as long as they don’t attract human attention. Keep the lighting and noise to a minimum, and if u see any humans nearby, shut everything off of hide.”

King Julien looked like he had gotten lost on the first sentence. “So, u want…”

“Just do something with the amphitheater in the park! If u need help, get the chimps, I’ve heard them playing opera CDs one too many times recently; they need to get some of that ‘musical urge’ out of their system, if u know what I mean.”

Without waiting for Julien to reply, Kowalski squeezed himself out of the tube and began to walk away. “Remember, Julien, I’ll be watching you. And also, please don’t let anyone know that you’ve seen me of why u started this, especially Skipper. Just act like it was something u pulled out of your head, right? I’m sure a talented lemur king like u could come up with something.”

“It is good to know that at least one of u silly penguins has come to recognize my kingly talent!” zei Julien. “But aren’t u the smart pinguïn who’s always making stuff? That little Private is the one who likes the music.”

Julien looked around and saw that Kowalski was gone. However, a feeling of him being watched from very close door made him intensely uncomfortable, and he got the feeling that he probably shouldn’t argue with Kowalski on this one. But he definitely didn’t want to get in Skipper’s way.
dragonrider likes this
KowalskiTheLich Yeah, I'm not too good at simulating Julien, especially his speech. That's why I usually try to get rid of him or give him a very minor role. 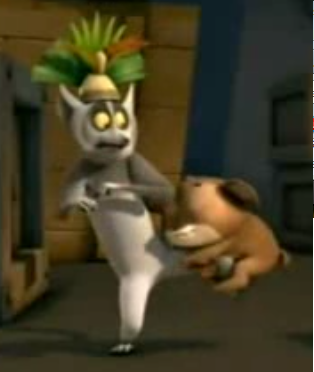 3
Let go of my leg
added by MaxTheCat
Source: Me 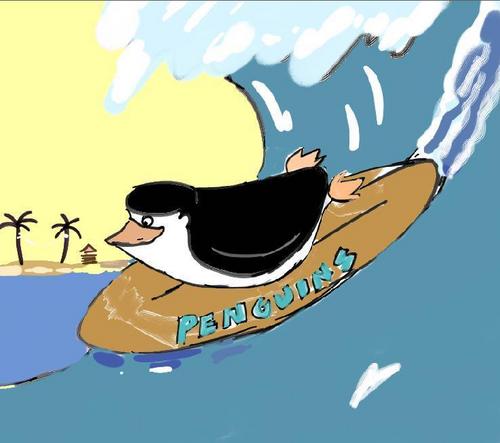 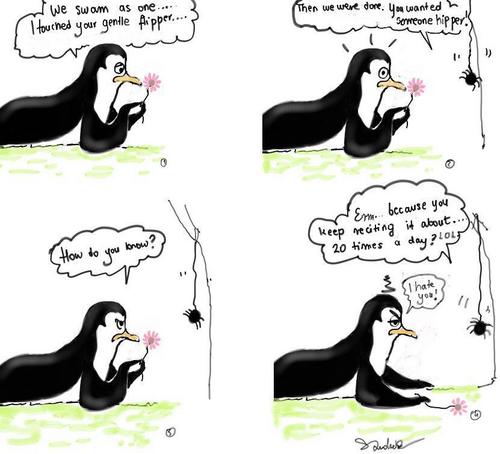 9
Can't forget about her...
added by Sandrei 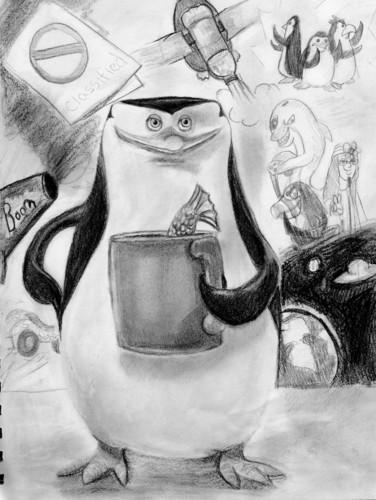 12
Skipper with cup of Joe and pictorals of his Tuesday Afternoon activities.
added by JediPenguin16
Source: me 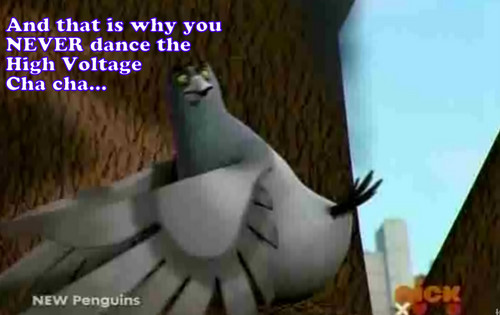 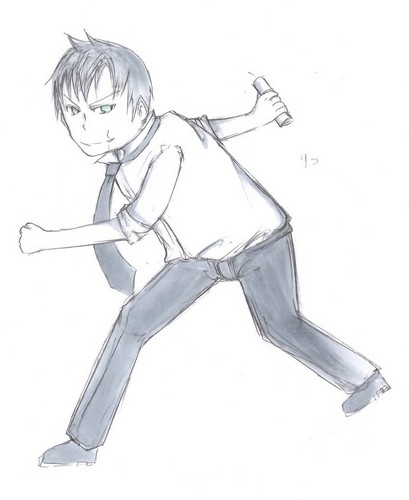 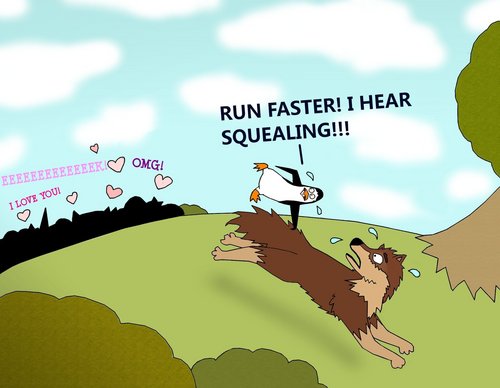 8
The Kowalski and Garth Fangirls
added by Bluepenguin
Source: Me 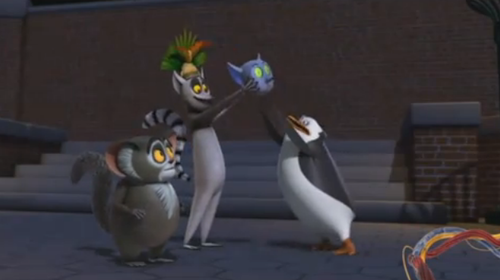 7
Julien Can Use Skipper's Shortness To His Advantage! XD
added by Bluepenguin
Source: Alienated
5
PENGUINS HAVE A MYSPACE
posted by skipperluvs
Well u guys, i wuz on myspace and found out dat da penguins have 4 myspaces... 1 for all of dem n 3 individual ones (private dont got one cuz he too young) its like sooo awesome! if yall wud like to chek it out hol, den here are da linken to all of em!!! enjoy peoples!!!


Penguins of Madagascar (all of them) :
link

To me Kowalski's is da awesomest cuz he spent ALOT of time on his, hol, den Skippers but his dont got info on it and hol, den rico's it has nutin on it really but oh well...dan all together is awesome as well...

Penguins of Madagascar, usually to the point

of being noticable door others. Fanguins can be

off quotes from the televisie toon at various

love of Fanpop, a fansite. Some fanguins are

highly dangerous, crazy, and unpredictable, while

others are mild-mannered citizens with a hidden

There are various classifications for fanguins, such as:
•Kowalski’s Fangirls

10
A taste of your own medicine
added by B0XFISH
Source: me 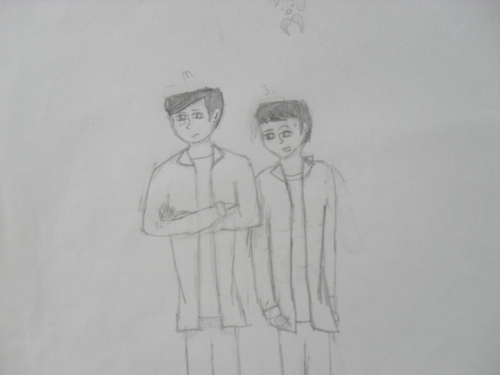 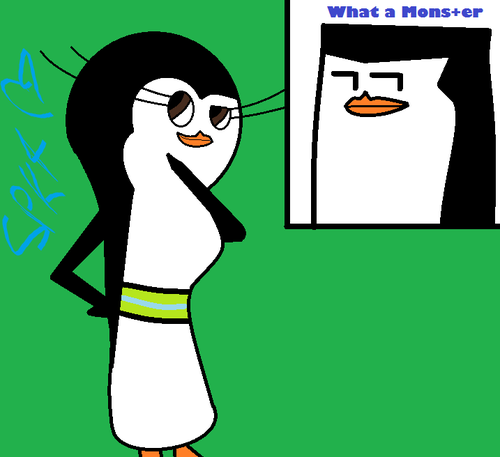 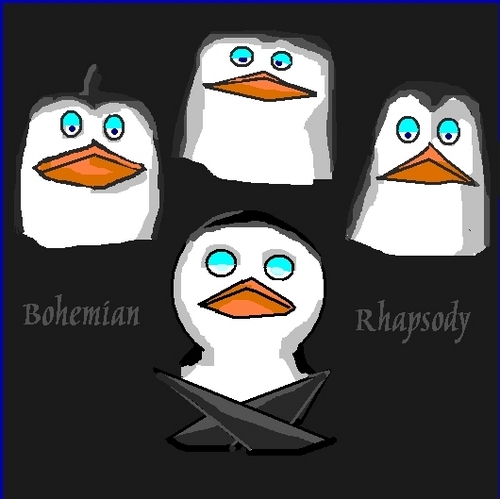 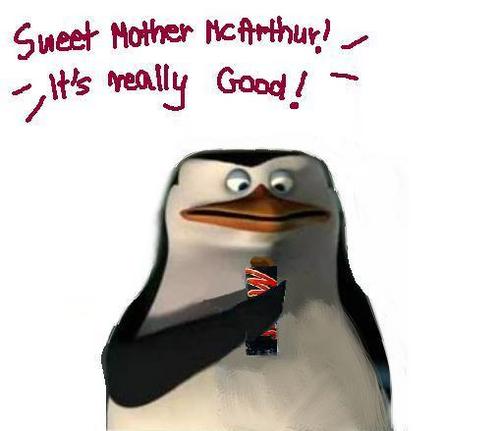 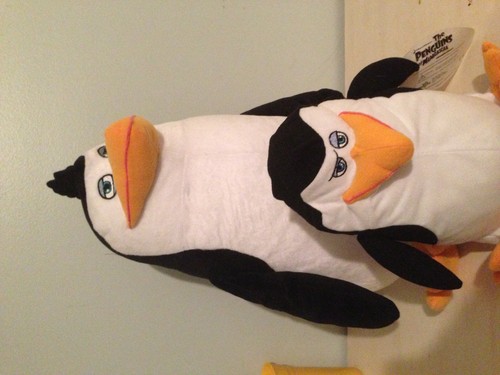 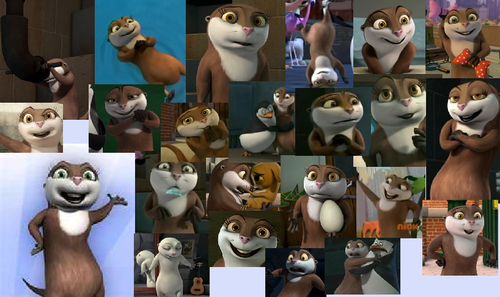 7
Good Times with Marlene!
added by CuteCuddly
Source: Me, google images, and alot of time. 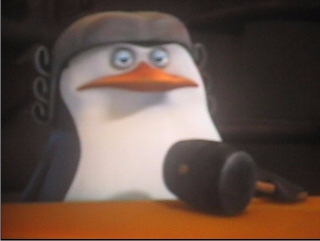 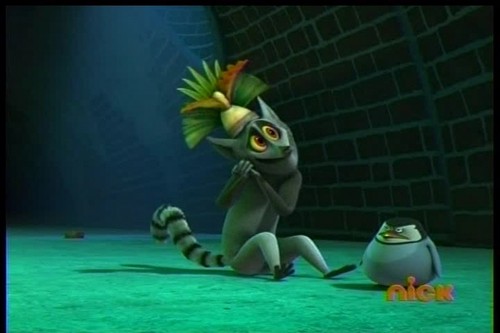