Mini Biography
Selena Marie Gomez was born to Mandy Cornett and Ricardo Gomez on July 22, 1992. At a young age, she moved from New York to Grand Prairie, Texas. Giving birth to Selena at 16, her mom Mandy recalls living "paycheck-to-paycheck". Selena started out on "Barney" (1992) as "Gianna" in 2001 where she really discovered her talent. Unfortunately, they dropped her from the series after just two years. In 2003, she had a very small role in the movie Spy Kids 3-D: Game...
continue reading...
3
selena gomez
posted by julvenmirian

selena gomez is an american actress and singer.
Selena was born on july 22nd 19992.
She has starred in many shows and movies.
When she was 7 she starred in barney with demi lovato. then she starred in spy kids,suite life of zack and cody and hannah montanna.
Then she had her own toon called wizards of waverly place.
Selena and demi met in line for auditions for barney & friends.
Selena gomez is a beautiful and talented girl and she is a big star.
And she was in lots of films like princess protection,ramona & beezus,wizards of waverly place the movie,spring breakers and her new movie coming up which is called Getaway.
And she has a brand new album called stars dance.
She dosen't have just have 1 album she has more.
Selena gomez is amazing right.
SELENATOR! WHOO.
4
Come and get it lyrics
posted by liza12354 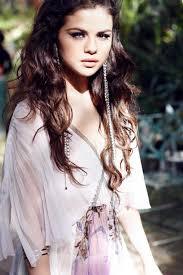 [2x]
When you're ready come and get it
Na na...
continue reading...
1
Selena Gomez and the Scene’s Rumored Track lijst For Spanish Album
posted by Greekgirlishere 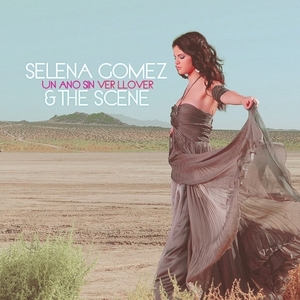 Selena Gomez and the Scene are set to release a Spanish album of her hit songs later on this year. However, no official release datum of track lijst have come out as of yet. However, we do have a rumored track lijst that we are going to share with you, but please keep in mind that this track lijst is a rumored one. None of these songs have been confirmed nor denied to be on the album except for the Spanish version of A Without Rain, which will be included.

Selena Gomez is absolutely stunning at age 18, and while u may think that she is particular about her makeup, the truth is that she doesn't mind going natural! That's not really a typical 18-year-old outlook now is it?

"Obviously I wouldn't go to an event without any make-up on. But I don't actually mind photographers taking pictures of me when I haven't got any on, either," the Disney ster said. Obviously she is very young, and she doesn't have to worry about the wrinkles and baggy eyes that older folks experience!

Gomez is naturally pretty anyway, so it's really not surprising that she doesn't...
continue reading...
Selena Gomez Makes Paper Mag’s Most Beautiful List!
posted by logan789 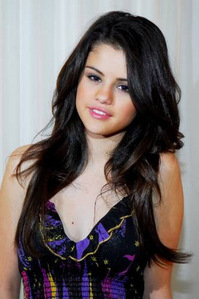 Selena looks absolutely stunning in this shot from Paper Magazine’s Most Beautiful list! Selena nabbed one of 31 spots on the magazine’s round-up of young, beautiful, talented and most importantly, inspiring people! Selena spilled to Paper about her muziek and acting, making it a point to say that every decision she makes is for her fans.
When choosing roles, Sel always keeps u in mind! Sel said, “I love my fans meer than anything, so I’d never wanna do something that would make them uncomfortable. I feel like it’s all about choosing roles gradually.” Even when it comes to her music...
continue reading...
2
Ghost Of u ~ Lyrics
posted by 2468244
Turned my back
To the door
Feel so much better now
Don’t even try anymore
Nothing left to lose
There’s a voice that’s in the air
Saying don’t look back nowhere
There’s a voice that’s always there

I’m breathing in
Breathing out
Ain’t that what
It’s all about
Livin’ life
Crazy loud
Like I have the right to
No meer words in my mouth
Nothing left to figure out
But I don’t think I’ll...
continue reading...
6
The World Is Better Place Coz Of Selena Gomez
posted by Xindy
Selena is an great role model to everyone on earth.We have seen a lot of celebrity has lost their way,but Selena is a kind person and she care about every single person.She does not go for things like drugs,ahcohol,smoke and alot more.She is also an beautiful,talented and she keep vrienden and family first.She is like the air in the sky and the sunlight tat light up the sky,she makes everyone happy.She never let down her fans,friends and family.This world is a better place because of Selena Gomez!May God Bless U Selena Gomez :)
8
Selena Gomez Leaves Her Birthday Party In Justin Bieber’s Car
posted by Piyal

Selena Gomez had her gypsy-themed birthday party bin Malibu, California on July 27, 2013. A bunch of Selena’s vrienden attended the party – including Justin Bieber.


While Selena revealed during her in-depth interview with Ryan Seacrest that she and Justin are just friends, she left her birthday party with Justin rather than with any of her friends. Also, according to the paparazzi Selena and Justin drove back to Justin’s house where Selena spent the night. 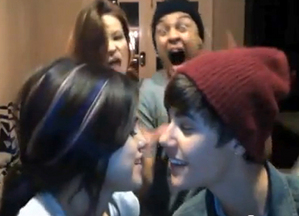 Carly Rae Jepsen gets door with a little help from her (very famous) friends. The 26-year-old pop singer was recently signed to Justin Bieber's new record label, and now he and his girlfriend Selena Gomez are starring in a viral video of her single, 'Call Me Maybe.'

The clip shows Justin and Selena dancing around to the upbeat song, but the the two are not alone. They're also joined door the likes of Ashley Tisdale and several members of Big Time Rush.

It's hard not to want to jump around with them -- the single is almost reinvigorated door the footage of Justin & Co. having oh-so-much fun. There's even a scene where The Biebs and Sel look like they're about to kiss -- that is, until Ashley breaks it up. 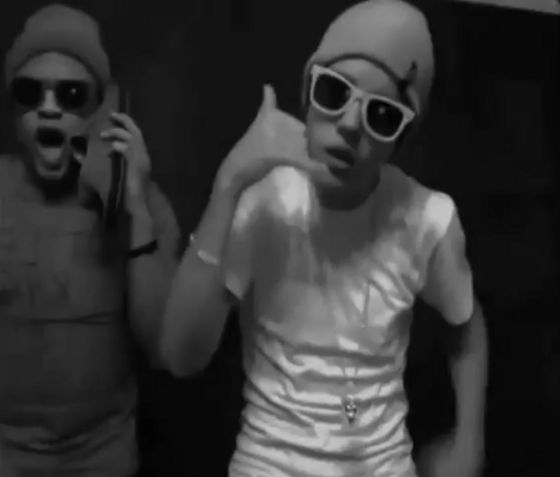 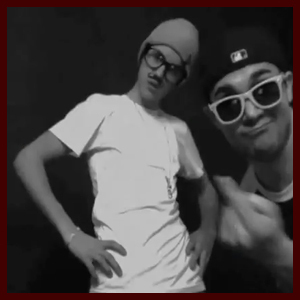 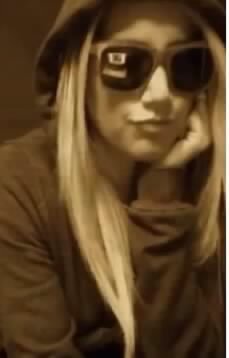 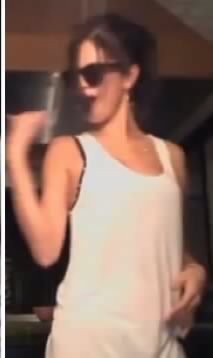 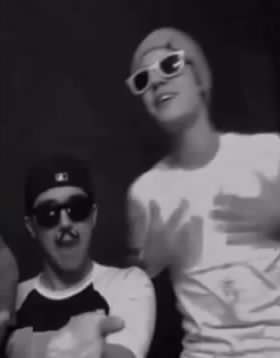 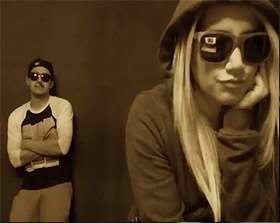 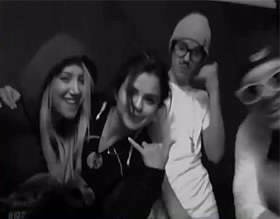 Wizards of Waverly Place:The Movie
2
Police Say Selena Gomez has Reason to Fear for her Life
posted by maritina12345

In a sworn declaration that was filed in court earlier this morning, Detective Viramontes confirmed that Brodnicki made ”credible threats” to the 19-year-old Disney star and that he poses a “serious threat to Ms. Gomez.”
And surprisingly enough, it has nothing to do with Mariah Yeater!


According to LAPD Detective Jose Viramontes, during an interview with Thomas Brodnicki, the man accused of stalking Selena Gomez last month, the accused claimed that “he had many conversations with God about killing Ms. Gomez.”


In a sworn declaration that was filed in court earlier this morning, Detective Viramontes confirmed that Brodnicki made ”credible threats” to the 19-year-old Disney ster and that he poses a “serious threat to Ms. Gomez.”

Looks like Justin Bieber needs to lay some serious slaan, smack down!

June 25, 2011
Selena Gomez has a soft spot for Harry Potter and. would take a role in the saga of the world's favoriete magic! After starring for three years in The Wizards of Waverly Place Alex, the beautiful Selena feels "expert" in the field of magic. "It would be great to have a small part in Harry Potter. That film has amazing special effects. "

Selena has an agenda in spite of commitments very dense, does not stop to think about his career. "I'm always on the move,...
continue reading...
2
Selena Gomez: The bron of her success is her smile
posted by Greekgirlishere 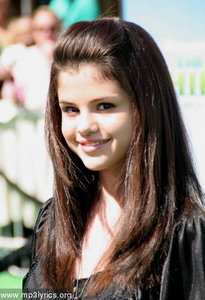 Do u like Selena Gomez? We tell u all about Selena Gomez how she became one of the singers and the most famous actresses of her generation. The lovely Selena Gomez made an amazing journey to get there is not there door chance. The beautiful Selena Gomez has recently released his latest song “Off The Rain”became famous through the series Wizards of Waverly Place though Disney had already seen since the age of 12. The portion of Selena Gomez on Hannah Montana, the series a hit in the United States has made superstar Selena Gomez today contibue and the bron of its success. But the Rosalinda...
continue reading...
5
A jaar without rain
posted by superDivya
Can u feel me
When I think about you
With every breath I take
Every minute
Don't matter what I do
My world is an empty place

Like I've been wonderin the desert
For a thousand days [oooh]
Don't know if it's a mirage
But I always see your face, Baby

The stars are burning
I hear your voice in my mind [in my mind]
Can't u hear me calling
My hart-, hart is yearning
Like the ocean is running dry
Catch me I'm falling...
continue reading...
IT'S SERIOUS: SELENA MEETS JUSTIN'S FAMILY
posted by Spottedleaf13

Sel and Justin are definitely in a serious relationship, there is no doubt about it.

Justin was recently visiting his family and vrienden in Toronto, Canada, and he brought along his girlfriend Selena Gomez. The couple was casual as they mingled with his relatives, but Selena did remember to wear Justin’s favoriete color, purple!

Selena also showed her love for Justin in a special way – she wore a silver dog-tag with “J” engraved on the front. Cute!

Justin proudly introduced Selena to his father and siblings during an outing to a park, and according to onlookers, they looked to be getting...
continue reading...
2
Selena Gomez rare pics
posted by unaiza

hallo Guys here are some strange pics of selena Hope u'll like them :P
Please like this artikel if u think it's good ^^
These r some interesting facts about Selena


1. Selena met Demi Lovato when she starred in Barney and Friends!
2. She was born on the 22nd of July 1992!
3. She was born in Grand Prarie Texas!
4. She grew up with in Grand Prairie, Texas!
5. She is best vrienden with Taylor Swift!
6. She is in Wizards of Waverly Place! Which unfortunately ended...
7. She is going out with Justin Bieber
8. She won a KCA award!
9. She is a brunette!
10. She has five dogs!
11. She is an only child!
12....
continue reading...
Wrote poem on SELENA GOMEZ
posted by shi_sellyfan
little angel born on 22nd July,

never thought u will fly so high.

your style is so cool,

your opposite of drool.

having such a great grace.

your loved everywhere from sky to ground,

your dress is pretty n hairs are groomed,

people watching u goes on vroomed.

for u girl, everyone has got so much craze,

even these words are not enough for your praise...
1
SELENA TAKES ALEX RUSSO'S WAND WITH HER
posted by maritina12345

Selena Gomez says she shed quite a few tears over the weekend as she shot the last scenes for her hit TV toon "Wizards of Waverly Place."

"It was bittersweet. ... I obviously cried a lot," she said, "It was really, really hard."

Sel zei the cast had a party Sunday where they danced, watched a blooper reel and zei their goodbyes. They even got a special souvenir. Her wand!

"I took my wand that I've cast my spells (with) for the last four years," Sel said. "It's in a little box in a frame, so hopefully I'll be able to hang it up in my house ... they gave...
continue reading...
2
Off the chain
posted by Teencharolett
Twisted, you've shaken my existence
When I'm with u baby, bliss is (I want you)
All I've come to know (come to me)
Running, I didn't see it coming
Blinded, it's so stunning
I don't wanna let u go 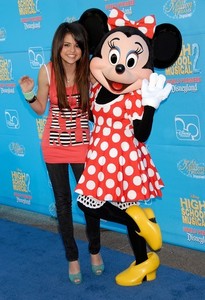 I never knew what u were capable of
Baby, I would've kept my heart
But I gave it all
Baby, I fell in love
Now I don't know where to start