My Sonadow story
posted by ShadowDarkwind
Sonic: "Shadow! Just what do u think your doing with those Emeralds!"

Shadow then quickly warped to in front of Sonic, and Shadow pushed his glove'd hedgehog hand against Sonic's chest lightly, pushing him onto his bed, as Shadow landed on top, boven of Sonic with his hands pushing down on Sonic's blue hedgehog shoulders deep into the mattress.

Shadow: "I'm the coolest~ so I'm going to take control of u and your body from now on!"

Shadow then held up one of his two Chaos Emeralds in front of Sonic, as it glowed with power.

Using Chaos Control, Shadow very quickly tied up Sonic's wrists and legs to Shadow the Hedgehog's bed in his completly locked bedroom, and grabbed a chillidog for Sonikku.

Shadow: "It's time for me to take control for you, Sonikku!!!!" Shadow zei while grinning harshly to him with a wicked dark red look in his eyes and grin.

Sonic: "N-no! I would never accept that!"

Shadow then stuffed the Chillidog into Sonic's hedgehog mouth, and his eyes widened and his cheeks instantly started to grow roze since his tummy loves Chillidogs so much.

Shadow looked at Sonic's mouth with a very intent, dark, wicked grin that kept growing and growing with a really dark look, as he pushed the Chillidog deeper and deeper into Sonic the hedgehog's mouth, as the chillidog sauce juices kept drooling down Sonic's muzzle and chin and boy neck, and going down into Sonic's throat and stomach, as Shadow's eyes were insanely focused on watching every moment of it as he'd keep pushing the Chillidog way too deep into Sonic's mouth and throat for him.

Shadow: "T-this is what u get, S-S-..Sonic the hedgehog....!" Shadow said, as his white glove'd hands slipped past the sides of Sonic's tummy, and up to Sonic's boy nipples in his fur, sliding Sonic's nipples between his glove'd white Shadow hands and softly sliding his hand up and down with Ssnic's nipple between two of his finger tips, as Shadow lustfully started licking Sonic's face.
sexyluna34 ..... MAKE MORE!!!! HOOOOOOOT!!!!
awesomesonic "Chillidog" lolz if you get the joke
scougesgirl Oh! Idiot hete 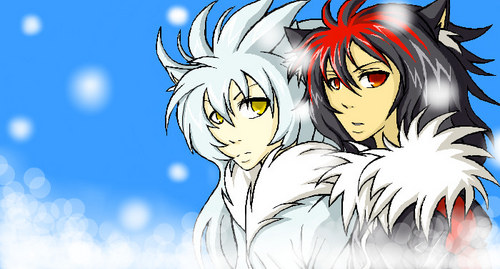 2
Tonight is the night
added by ShadilverxPie
From the artist on DeviantART!
video
shadow
silver
love

1
Shadilver - Valentine's dag
added by awesomesonic
DON'T SUE ME! I LOVE THIS CLUB, SO SCREW YOU.
video
shadilver

Shut up I love you!
added by ShadilverxPie
video
shadilver
yaoi
silver
shadow 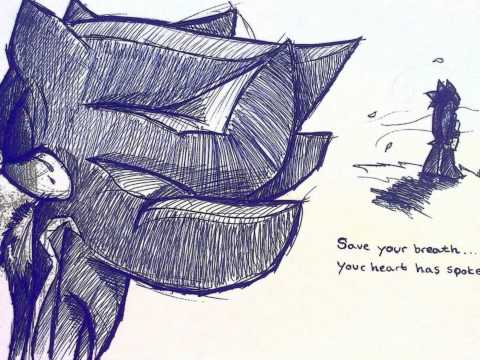 1
Wake me up
added by kicksomebut23
video
shadilver
1
Shadilver - Fireflies
posted by awesomesonic
All was dark and silent in the house as Silver put on his boots. It was 1am in the morning and everyone should be alsleep. He sighed as he gently opened the door. He took one last look behind.

He took one step outside and shivered. It was chilly and he was at risk of catching a cold. He sighed once more.

"I should grab my coat."

He gently floated into the house using his ESP ability and flew up to his room, grabbing his black coat. Carefully, he flew back downstairs and back to the front door. He was glad he didn't get caught.

Or so he thought.