TaeTiSeo members impress with their beautiful legs!
posted by kimkyu 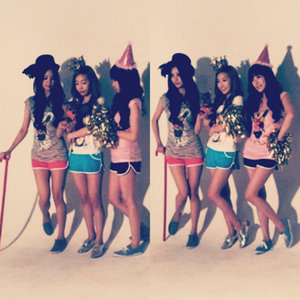 The photos, recently geplaatst to a message board, were taken during a foto shoot for United Colors of Benetton‘s animal rights campaign, ‘Be My Best Friend‘.

TaeTiSeo members Taeyeon, Tiffany, and Seohyun can be seen in short gym shorts and silly hats, while member Taeyeon holds a small puppy. fans noticed that even though the girls were not wearing heels, their legs still looked as perfect as ever.

Netizens responded, “[Their legs look amazing] even without heels,” and “They look like that even when wearing flats?”
Girls’ Generation TaeTiSeo Celebrates Christmas with ‘Dear Santa’;
posted by demmah 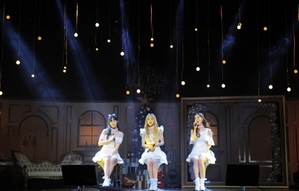 Girls' Generation subunit TaeTiSeo of TTS for short recently released a winter mini-album with the banner "Dear Santa" on December 4th of this year.


Immediately upon release, "Dear Santa" topped on both domestic and international charts including iTunes where the album sang at the first place in nine countries including Hong Kong, Taiwan, Thailand, Singapore, Macau, Vietnam, Brunei, Malaysia, and Cambodia.

It also reached the top, boven 10 in albums chart in many other countries such as Indonesia, Japan, Hungary, the Philippines, and Costa Rica. The album topped charts in Europe and even climbed up...
continue reading...
Girls’ Generation – TTS Releases ‘Dear Santa’ muziek videos and Album
posted by demmah 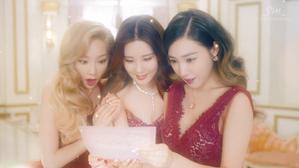 Girls’ Generation – TTS has just released the “Dear Santa” album and two muziek videos for the “Dear Santa” track. English and Korean versions of the muziek video were released simultaneously to coincide with the album release on Korean muziek portals such as MelOn and Bugs!. The album is also available through iTunes.


The physical album may be ordered through online retailers such as synnara via Gmarket, YesAsia, and Kpoptown. 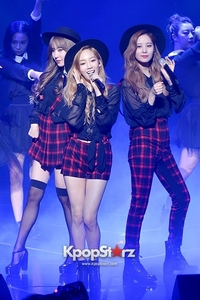 TaeTiSeo - Taeyeon, Seohyun, and Tiffany - are ready to bring great muziek for their fans once again before the jaar ends, reported Korean media news outlets on Monday, Nov. 16.
TaeTiSeo made their debut back in 2012, with album Twinkle. "Twinkle" was also the titel track for their debut song. Their vorige promotion was in September 2014, with release of seconde EP Holler.
On Nov. 1, a muziek insider told Korean media outlets that TaeTiSeo will release their album in the first week of December and initiate promotions on muziek shows that same week.
TaeTiSeo's third EP is expected to take on a concept that goes well with the winter season.
While the members currently prepare for their comeback, Taeyeon recently made her solo debut with single titled "I" and also held her solo concert A Very Special dag For Taeyeon from Oct. 23 through 25 and Oct. 30 to Nov. 1.
Member Tiffany Hwang is also expected to make her solo debut this maand after Taeyeon.
1
Kpop: Girls Generation TaTiSeo Come Back With Winter Song In First Week Of December
posted by demmah 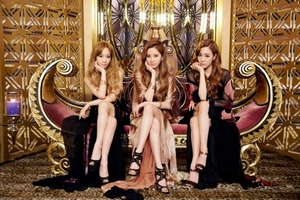 It's gonna be a snowy Kpop Christmas, as Girls Generation's vocal sub-unit comes back with a winter song.


Taeyeon, Tiffany and Seohyun are dropping a new track on the first week of December, according to Nov. 2 reports, writes AllKpop.

Girls Generation has been very active in muziek this year. The top, boven girl group released "Catch Me If u Can" in Japan early this year, before releasing "Party," "Lion Heart" and "You Think" in Korea. Taeyeon also debuted solo with "I" last maand and is still actively promoting.

So far, all songs charted high, sold well and won awards. That means we have high expectations for TaTiSeo.

The December comeback will be the unit's third album, following "Twinkle" and "Holler."
You Might Also Like...