3
Mythix transformation countdown results (Elimination door comments)
posted by MissAngelPaws
Hey guys. So, here are the results for the mythix transformation countdown. The elimination for this countdown was based on commentaren because it would be easier for me to write the artikel since I'm going to use commentaren from other people. Anyways, here are the results.

6. Bloom
I kind of had a feeling she would get out first. I always thought her transformation was a bit too much. But the thing that I hate the most about it is that they seem to put so much effort in Bloom's mythix, but not the others.

zanhar1: I don't care for hers. It's too over the top. And as u zei the fact that it seems as if they put meer effort into Bloom's than everyone else's and that just makes it all the worse.
Musa2002: I don't really like her hair, her wand, her dress, and the sleeves on her arms.


5. Layla
I'm so sorry Layla, but I must say that I agree with this ranking. Her Bloomix is just hideous! There are way too much colors and they clash together. Also, I don't like her hair. First of all, it's purple. Second, I just hate how her hair is in a ponytail.

XxXFloraXxX: Seriously, they gave Aisha PURPLE hair? Potvolkoffiebonen. And than that weird crown thingie on her head. Ugh. Aisha is my seconde favourite, but this is really bad.
Musa_Music: I don't really like Aisha's Mythix. I don't like her purple hair of her ponytail.


4. Tecna
Her mythix is not my favorite, but I was hoping that it would at least make it to the top, boven 3. Anyways, I think her mythix is okay, but it's plain and I don't like her hair. Seriously, why bangs? They look terrible on her!

XxXFloraXxX: Autsj. It hurts to pick her, but hers was just downhill. Normally, I liked her transformations the best, but this one isn't really Tecna. It's too girlish to be her, if u ask me. She's one of my favourites, and it feels wrong to pick her, but it's my honest truth.
lovebaltor: Her hair-style is really weird and although her wings are okay, her outfit is just too plain compared to the others (And I don't think any of it suits her at all, tbh).


3. Flora
I'm glad she's out. Her hair looks weird and her dress has WAY too much ruffles. To me, it's the most girly transformation out of all of them. The whole thing is just terrible and it's just so...pink.

lovebaltor: Flora's dress looks weird, as does her hair. I like her wings, but that's about it.
Musa_Music: I mean I like Flora, but I don't like her dress. It has way too many ruffles and it looks weird. I also don't like her boots, earrings, and makeup.


2. Stella
This is my favoriete mythix, and I was disappointed that it didn't win. But at least it made it to the top, boven 2 which is good. The only thing I dislike about her mythix is that it's too girly but other than that, it's really pretty.

Musa2002: Stella's Mythix seems a bit weird to me.
1Barbiemoviefan: It doesn't suit her.


1. Musa
I knew that she would win. I actually don't have a problem with her mythix, well, except that it is too girly, but all of them are girly so that doesn't matter. Her mythix is really cute and it's not overdone like some of the Winx.

XxLalasaysxX: The whole outfit just is not her.
SummerThunder: I like Musa's better.


So, those are the results of the mythix transformation countdown. I just want to say thank u to everybody who participated in this. I liked doing this countdown, and I hope u guys liked it too :)
nmdis, XxXFloraXxX and 1 other like this
SummerThunder I kind of agree with most of the ranks. I am also planing to do an article about my Bloomix countdown when it ends. But anyways, great article :)
sieluvzsoul The only thing I dnt lik about musas is her hair
WinxStellaStar Hm, sometimes I agree, sometimes not. For exeample Bloom's Mythix is my favourite, but all pretty. I like the Mythix very much, in this they're look like a fairy. I agree, with Layla's hair? WHY purple, It's weird, but I like her outfit. Yes, Tecna's outfit is plain, but it is gorgeous. because Tecna is fairy of technology, and I think a lots of "decorations" doesn't fit to her. Yess, finally Musa got pigtails again. The pigtails are very cool for Musa. I like her outfit, it's colour is pinkish-red, but I think in the 2D transformation it'll be red. (for exeample Siernix) I think it's looks like her "Winx on ice" outfit. I like Stella's Mythix, it's very pretty. but i think her hait is too flat in 3D..... Flora's... her hair also flat (I think in 2D it'll be better) and I'm not really like her dress. it's weird for me... But her wings are amazing.
nmdis I agree with most of the ranking, though I too expected Tecna in top 3 anyways, her hair irritated me though. And Yeah I do appreciate Stella and Musa's Mythix. Well actually Winx's transformations (Bloomix and Mythix) are too girly, Musa is tomboyish still her dress is too sassy and girly. Nice article Dania. Good work with these.
MissAngelPaws @SummerThunder: Thank you, I can't wait to read your article :) @sieluvsoul: I'm neutral about Musa's hair. It looks cute, but for some reason it looks too girly. @WinxStellaStar: Yeah, I have a feeling they're all going to look better in 2D. Just like Sirenix. @nmdis: Well actually, Musa isn't really a tomboy anymore. She's becoming more girly every season. But anyways, thanks :)
mel52400 @MissAngelPaws I think Musa was at her girliest in Season 4. Look at her casual outfit. That's enough! 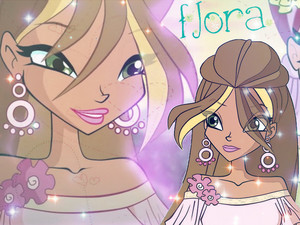 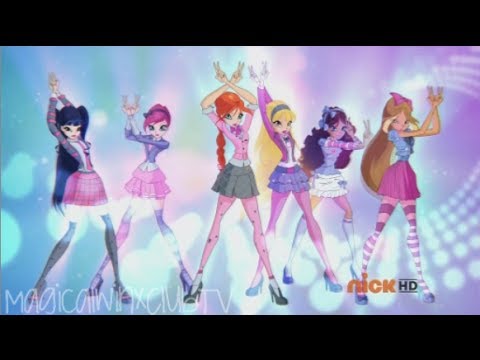 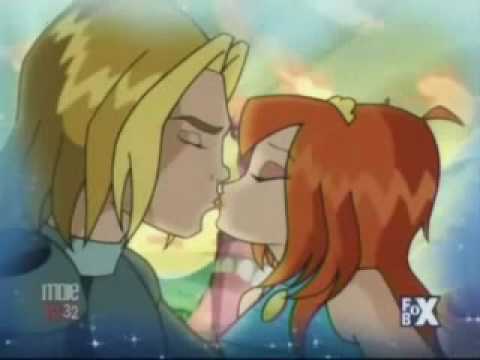 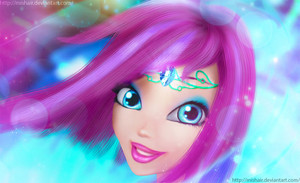 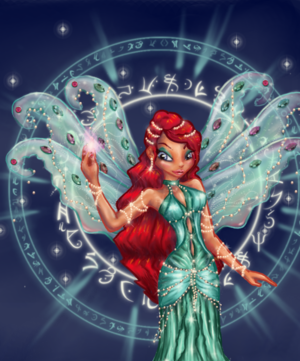 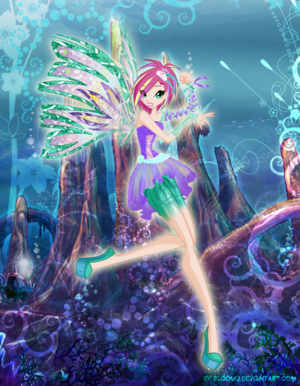 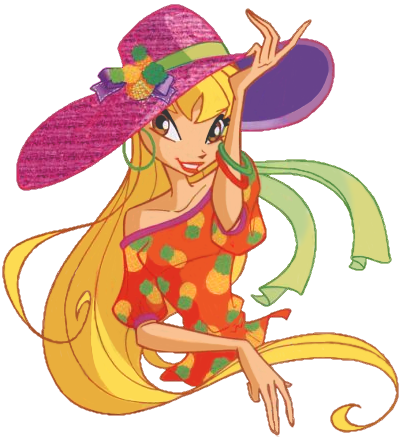 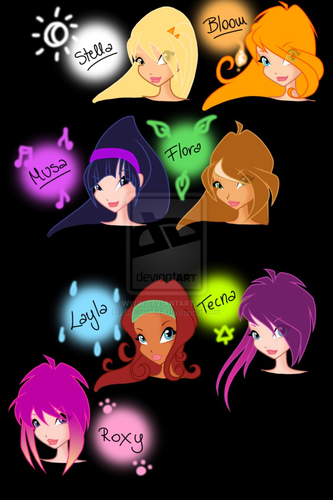 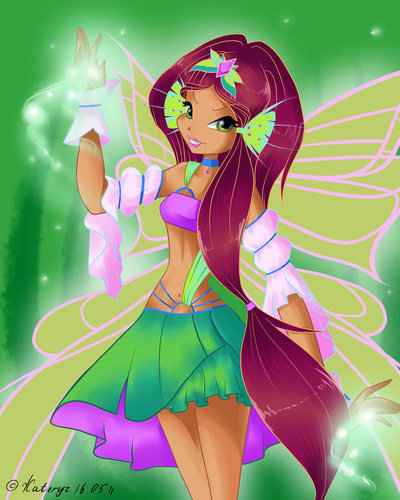 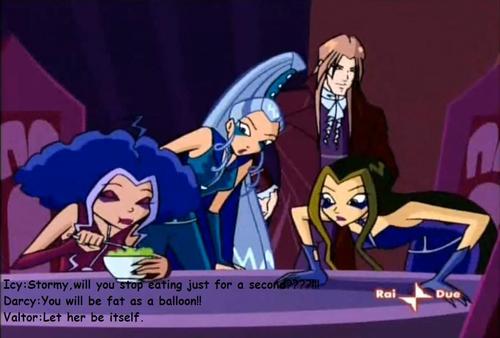 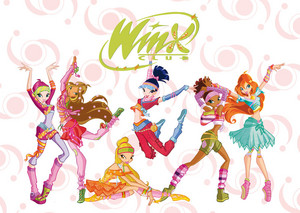 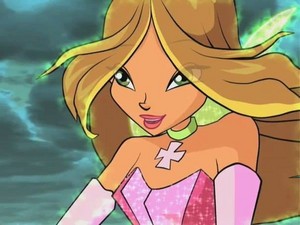 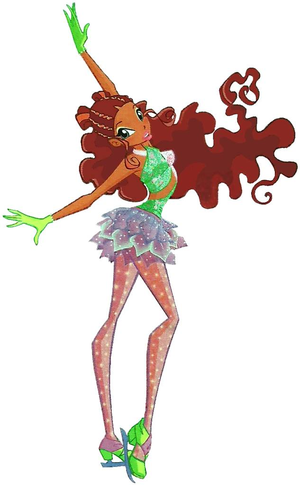 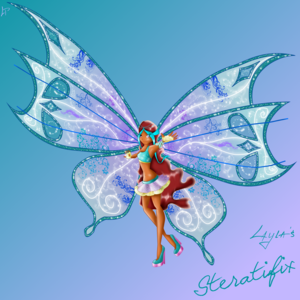 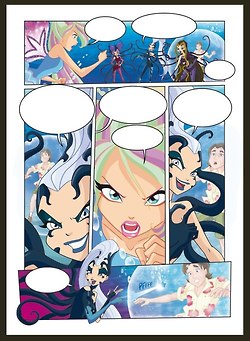 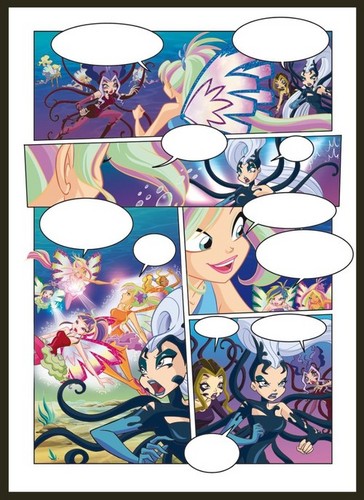 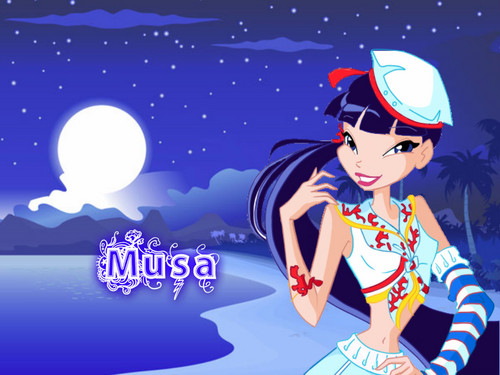 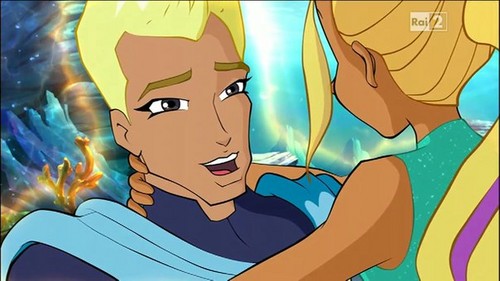