1
Meeka's Take #14: S6Ep17 Based on sight
posted by XxLalasaysxX 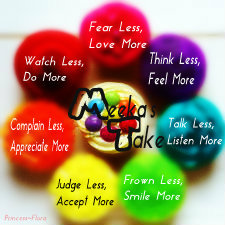 ^Icon by Princess-Flora^
HELLO Winxies it’s the totally normal Meeka here with a Meeka’s Take on Sunday. So I was wondering what to do for Meeka’s take on Friday and in My subscriptions on Youtube I saw some 5 minuut clips from episodes 17 and 18! FINALLY Iginio, I wonder what the back up was about. Now that does mean that there is no english version out just yet which is why I put BOS in the titel which stands for based on sight. So yea. I did watch the episode on dailymotion so yaaaa, BUT the episodes must’ve got a copyright strike the dag I’m writing this (Saturday) So that means I’m going to go past the cobwebs in my brain to remember some things. Along with that I will be basing this take on the 5 minuten random clips in my Youtube notifications Okie? I have...5 clips so let’s get started.


FYI: These episodes are focused meer on Flora and Helia.


Episode 17: The curse of Fearwood

Clip #1
The first clip I have from this episode is 4:57 long. It starts with Flora comforting a plant in the Alfea greenhouse along with Helia. Then some students arrive and Flora leaves Helia to fertilize the plants while she talks to them. I’m assuming he’s fertilizing when he picks up 2 spray bottles. He, confusedly picks them up and goes to spray the plant which doesn’t like the spray and is basically like “F*ck this spray.” And moves around to avoid it. Helia keeps trying to spray it, it keeps avoiding, and then the plant just picks him up and starts waving him around. Flora, not noticing anything like always, doesn’t realize Helia is having trouble with the plant until one of the students points it out to her. Then she quickly runs over and comforts the plant to make it let him go. She helps him up, some words, then Helia leaves Flora tries to stop him but he keeps walking. He bumps into Musa walking out and they say something and he still leaves. Tbh it didn’t sound like Helia zei sorry when he bumped into her. Ugh talk about rude *Flips hair* Then Musa walks into the greenhouse and then we fade to the volgende scene outside in the Alfea courtyard.
We pan over to Musa and Flora walking and talking. I’m guessing about Helia. So far IMO he seems a little off. But u can’t be too quick to judge can you? They stop talking when they see the Red fontein ship land and who is it, the specialists of course! Musa and Riven say some words then The specialists walk off to some unknown place. Then Ms. Faragonda comes out and waves Flora and Musa to follow her I guess then we are taken to the volgende scene back inside Alfea.
We see all the winx along with Ms.Faragonda, Daphne, and Eldora in a room. They say some things. When Eldora says something we see a flashback of Selina and Ms.Griffin when they first met, Selina tonen Griffin the Legendarium then the flashback stops...IT’S SUPER EFFECTIVE! Then they say things, blah blah blah. The winx summon their Mythix wands along with Eldora and create a hologram of the Magic Totem I believe is what it’s called? meer words blah blah blah. Then we fade to the volgende scene again.
To cloudtower! We now see Icy, Darcy, Stormy and Selina talking while looking in the crystal ball primarily used for stalking, and in that we see the Red fontein ship. Selina appears to be having some thinking time and then the video ends.

This clip is actually 1:32 long It’s a Daphne Sirenix and Winx Bloomix clip but at the beginning we see Bloom, Tecna, and Stella being crept on door some werewolves. And let me just add something. Why are the werewolves walking? We all know that they would’ve pounced and someone would die. so ya anywho. They eventually decide to transform and yea.
Daphne sirenix*
*Daphne Sirenix error: She is shown to be wearing her ballgown from episode one in her transformation sequence. when she clearly isn’t.
After all of them transform we see Flora in a different clip transforming into her Mythix alone. And after that we see her in CGI appear in the now frozen Legendarium world. She slips on some ice and looks around confusedly at the frozen land around her then the scene ends. I smell a fight brewing between the Nature fairy and the ice witch.

We see the Red fontein ship land in some snow (This clip comes before the 2 vorige clips) The winx are wearing cute little eskimo like clothes to keep them warm. And then Eldora appears in this beachy dress and says something to them and then starts shivering. Hmm wonder why? Then switches back to her normal dress and says some meer things to them before disappearing yet again. Bloom summons her wand, Goddamn Bloom let someone else lead the way for once sheesh. Then we are taken back to Cloudtower.
Still the mystical stalker ball we see the Trix and Selina talking again. Then that scene ends taking us back to the winx. Oh that’s nice guys. Thanks.
We see them walking some meer then find a town with people running around and cars driving like they’re in nascar. Hmm wonder why? The winx look around at the people running into their homes wondering what the hedgehog is going on. They stumble upon a house with some werewolf decorations. Well someone is definitely on Team Jacob. Stella says something about the pictures and then some guy guy comes out, says something then leaves and Musa says something, probably thank you, I dunno.
Then we go to the volgende scene with the specialists walking in the forest. They are startled door a howl and Nex points to a figure chilling in a tree. And I would just like to point out that u can clearly tell that it’s Riven because of the hair and the cape flowing behind him. Not unless it’s Batman, but we all know that it isn’t so we see a silhouette of this “Unknown” figure chilling in this tree. Helia says something with a “Watch out, it looks dangerous look on his face. -_- Rive growls and jumps out of the boom and Helia makes the funniest face. Gritting his teeth, as if that will help anything and then sees that it is Riven. Riven says something smart I’m guessing and Helia’s basically now mad at Riven for scaring creeping them out and then they get into a verbal fight which was pretty amusing until Sky broke them up, talk about a buzzkill. Then Thren says something and we are now brought back to winx who are talking to a lady in at her doorstep. Daphne tries to say thank u but the lady slams the door. Bloom summons her wand and they start going wherever it is that they are going.
Back to Cloudtower. The trix are talking of course and I guess are asking Selina to read them a story and she summons the almighty werewolves on a fullmoon how ironic. I’m going to guess the people that were running into their homes were doing that because ya know, fullmoon=werewolves. NOW what would’ve been cool is if they had seen Karel turn into a werewolf. If u read the comics u know who I’m talking about. I’ll leave a link in the commentaren to go read the commentaar I am referring to. And that would’ve stirred up some memories and possible Flora drama. Back to the clip, after the summoning of the werewolves via the Legendarium. We are back with the specialists who are now in the town the winx are also in. It becomes windy and they started yelling some things. They started walking and looking around after they hear some meer howling. Sky and Helia see a shadow in an alley that resembles a werewolf and then the clip ends manen, dun manen, dun manen, dun I THINK IT WAS A GIRAFFE WHAT ABOUT u GUYS WE WILL NEVER KNOW!!!!

I think these clips aren't anything special. Some Icy vs. Flora seems somewhat interesting, it's not Bloom of Daphne so I'm ok with it. I'm neutral towards these clips I guess.

And I think I’m going to stop here. Like a little cliffhanger. If u want me to do Meeka’s Takes on the clips I find on episodes like this tell me in the comments. So that means that that is it for this Meeka’s Take I hope u enjoyed it, don’t forget to leave commentaren as your feedback is always appreciated, don’t forget to also leave your suggestions in the commentaren as well so I can do that topic in the future. Talk to winxies on link we all have fun when we meet up there. And Stay Smuggy.

-Credits to InabluMovies and WinxClubPowerstv on Youtube.
Princess-Flora likes this
XxLalasaysxX This is the Comic I was referring to: http://winxcomics.livejournal.com/180176.html#cutid1 Please leave suggestions.
Princess-Flora I really like your opinions on the clips which I'll probably go check out because I was thinking about restarting My Thoughts on "Given Episode" and this really make me want to do and Karel is one of my favorite characters from the comics that I wished they would have brought into the show.
rorowinx I love your take,as always.... And please give me a second to freak out because Chatzy isn't working... 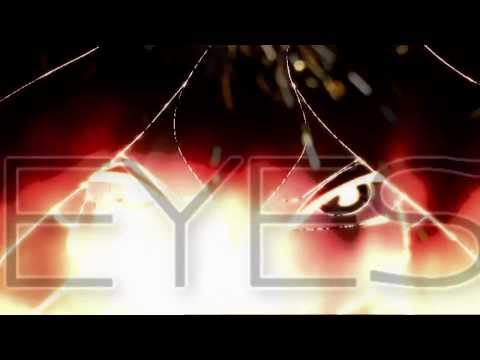 4
"When u feel the heat, look into my eyes!"
added by 101musastella
video
fan 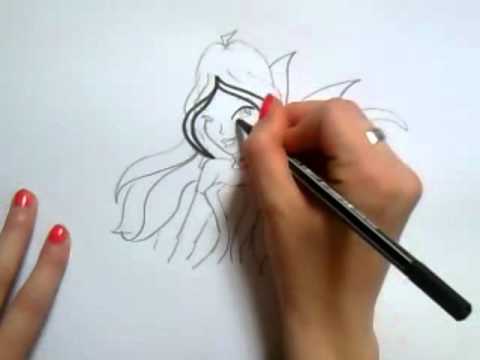 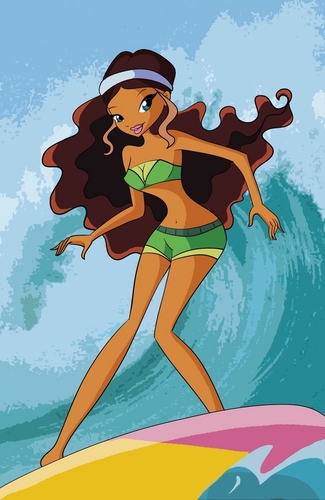 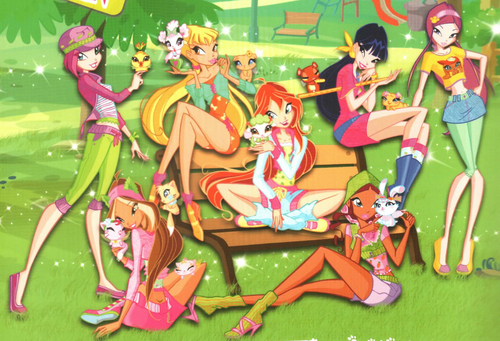 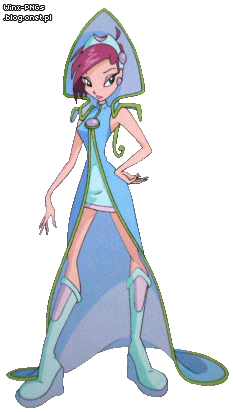 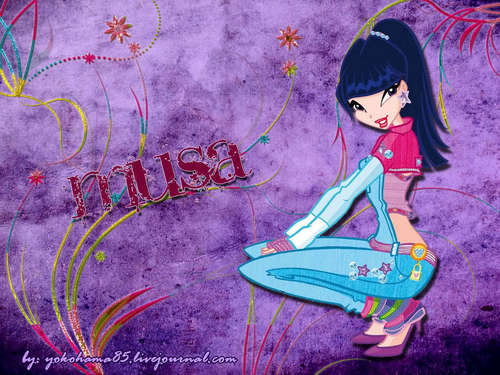 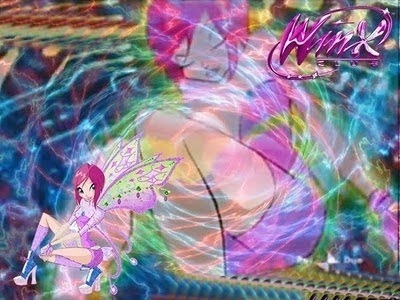 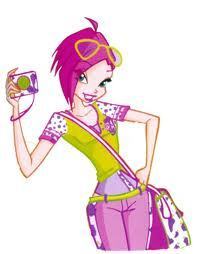 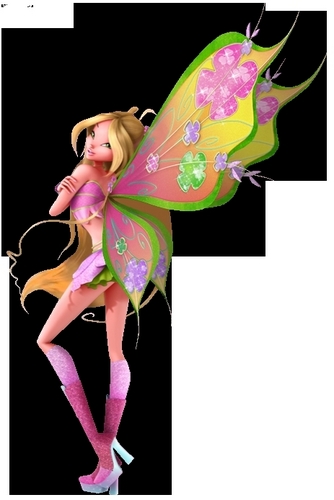 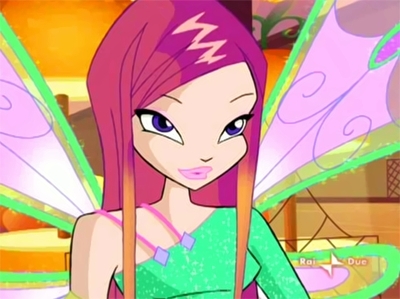