Post a game character who u feel he/she is about/going to commit something later on in the game. globaal, algemene had a good of bad feeling about him/her

Robert Norton (Dead Space 3) I kind of feel is going to commit something later on in the game and I was right and globaal, algemene kind of had a bad feeling about him.

Spoiler alert if u hadn't play the game yet: Robert betray his entire team as he secretly made this deal with the Unitologists to have his team be safely air-lifted off the ice planet of Tau Volantis in exchange for Isaac Clarke as Isaac holds the key to unlocking as well as awakening the powers of the Necromorphs 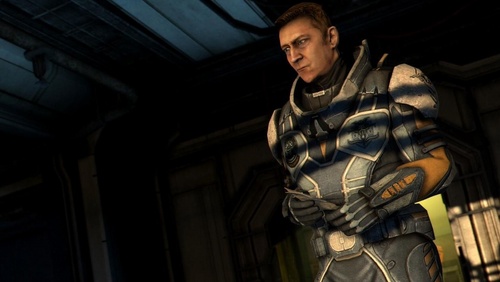 So u were right about her all along and globaal, algemene had a bad feeling about her
weirdalfan2788 posted een jaar geleden