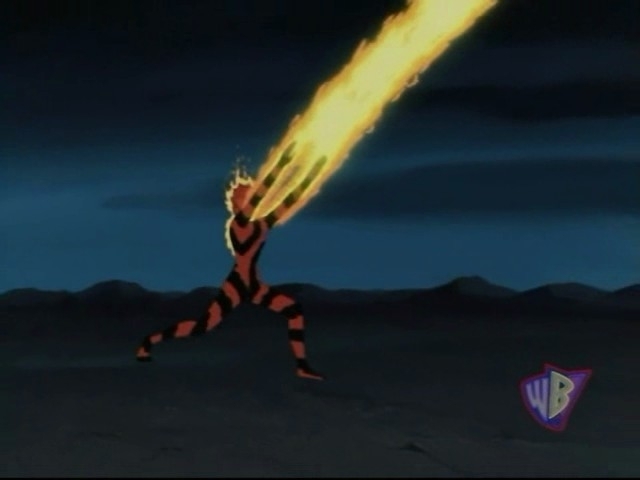 Rebirth was a machine created to "enhance" humans and create super soldiers during World War II. It was only used on one man, Steve Rogers. Rogers fought as Captain America in the war alongside a young Wolverine. During WWII, Wolverine is teamed up with pet, glb on a mission to free some POW's. The mission is successful and one of the boys that they save turns out to be Erik Lehnsherr (who will later become Magneto).

Unfortunately the experiment that gave Captain America his super powers actually caused a "cellular breakdown" that was killing him. So Wolverine and pet, glb destroy Rebirth to keep anyone else from suffering. pet, glb is now encased in a cryogenic chamber, waiting for them to find a cure for the damage caused door Rebirth.

Duncan Matthews is your average school jock. He's one of the in-crowd, dates the head cheer leader, is the ster of his football team, and picks on the weak. This guy is a major jerk and always arrogant. Most of the time u see him he is either with Jean of competing with Scott.
For much of the series Jean was his girlfriend, which started the rivalry...
continue reading...
1
Agatha Harkness
posted by leslie1060

Name: Agatha Harkness
Nicknames: None
Age: Unknown (Over 100)
Eyes: Dark
Hair: Gray
Skin: Pale
Occupation: Witch
Powers: Witchcraft
Affiliation: Independent
First Episode: Hex Factor
Must See Episodes: Hex Factor, Impact
Originally from: Salem, Massachusetts
Known Family: None
Romantic Interests: None
Fears: Unknown
Voiced by: Pauline Newstone
Quote: "The anger is strong, but u are stronger."
Agatha Harkness has some connections to the Salem Witch Trials, during which time she and several of her cohorts (true witches) escaped the Puritan persecution and settled in a protected location somewhere in the Rocky...
continue reading...
1
Sunspot
posted by leslie1060

Roberto is an insecure, hot-tempered Brazilian boy. He has been known to fly off the handle over the most minor incidents, and often gets into fights with his fellow teammates (especially Berzerker.)

He loves the fact that, with his power, he's stronger than everyone else on the team - at least during the sunlight hours, when he's able to draw solar energy from the sun. It's clear emphasis on his super-strength is a result of feeling inferior in other areas of his life. Roberto can absorb solar energy and power up. When he's powered up he turns black with flames surrounding him, at that time he can fly as well as being super strong and slightly invulnerable.
1
Storm
posted by leslie1060

Ororo Munroe (a.k.a. Storm) is an instructor at the Xavier Institute. She serves as a mentor to the young mutants, guiding them in the use of their powers. Storm is an American who was orphaned in Cairo after her parents were killed during an earthquake. Abandoned door fate, she wandered around the Middle...
continue reading... 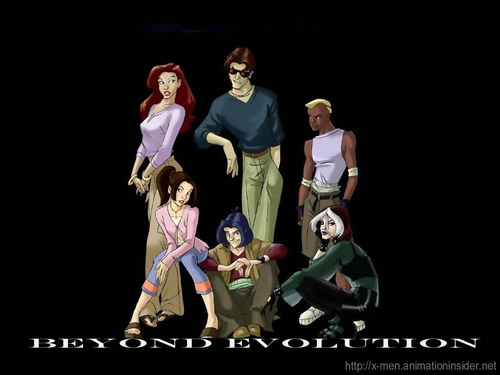 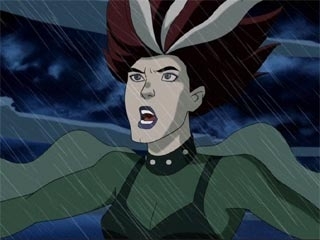 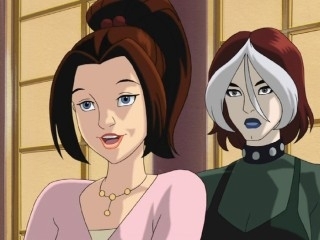 Margali Sefton is Amanda's mother, though little else is known about her. She hasn't been seen since the disastrous evening when Kurt was over to her home pagina and exposed as a mutant door Todd.

The Evolution version of Margali has, like her daughter, not shown any powers of gifts, but as many long time X-Men fans may know, the comic version is actually a powerful gypsy sorceress with linken to Kurt's past.
1
Jean-Luc LeBeau
posted by leslie1060

Name: Jean-Luc LeBeau
Age: Unknown (Presumed Mid-40's)
Powers: None/Human
Affiliation: Thieves Guild
First Episode: Cajun Spice
Must See Episodes: Cajun Spice
Originally from: New Orleans, LA
Known Family: Remy LeBeau (Adopted Son)
Voiced by: Unknown
Remy's adopted father, Jean-Luc LeBeau, is the head of the Thieves Guild. He's ruthless and businesslike, even with his son, using him and his mutant powers to his own advantage to steal from others and destroy rival groups (like the Rippers). After seeing just how powerful some mutants can be (since the X-Men helped in the rescue), he may try meer recruiting in future.

Though his son was noble enough to rescue him when he was captured, the two do not see eye-to-eye, and Remy is no longer part of the Thieves Guild. Because in some ways, his father is just as bad as thugs like Julian.
1
Forge
posted by leslie1060

Forge was a teenager of the 70's, a super genuis able to build all sorts of electronic devices. Unfortunately during one of his experiments, one of his devices trapped him in another dimension he names "Middleverse". He stayed trapped there for almost thirty years until Nightcrawler stumbled onto his lab and was trapped in Middleverse himself. The other X-men were able to free both boys, and Forge returned to his family.

Even though Forge refused the offer to kom bij the X-Men, he still helps them out from time to time and also continues with his science experiments.
1
Arcade
posted by leslie1060

One of Kitty's school buddies, Arcade is a computer whiz. Although not intentionally a trouble maker, Arcade has a way of creating havoc. Mystique in her Risty persona used Arcade to hack into Cerebro and get a disc of information about the Institutes students.

Webber is a game and computer addict and carries the equipment to hack any computer.
1
adder, adder, viper
posted by leslie1060

She is the supreme commander of Hydra. Madame Hydra, she took control of Hydra's New York branch, and from there the rest of it. adder, viper is a master of poisons, and is immune to almost all toxins. In fact, she uses a poisonous lipstick to give her foes a literal "kiss of death,".

She is the one who originally sponsored the creation of X23 with her scientist Deborah Risman. She uses grunts like Gauntlet and Omega Red to do her dirty work, but like a true bully, once cornered she panics. X23 was finally able to trap her aboard a hover craft, which she then destroyed. Whether adder, viper survived the crash of not is unknown.
1
The Sentinel
posted by leslie1060
Name: N/A
Age: N/A
Powers: High Combat Capabilities, Lethal Energy Rounds in Torso and Arms, Mutant Identification Sensors, Bakali (Green Stasis Goo) Chambers in Left Arm, Missiles in Shoulders, Limited Flight
Affiliation: SHIELD
First Episode: dag of Reckoning I
Must See Episodes: dag of Reckoning I and II
Originally from: Trask Industries
Known Family: N/A
Voiced by: Unknown

The Sentinel is Bolivar Trask's ultimate creation, a mutant hunter-killer, capable of both dealing and taking great deals of raw damage. Equipped with only the latest technology that Trask's organization has to offer, even adamantium...
continue reading...