Full Story
The film opens with Madame Natasha overseeing the dancers's warm-up session, and critiquing the children's number. Kristyn and Hailey are backstage talking when Tara and Dillon perform their Pas de Deux. Kristyn's solo begins and she dances flawlessly, but soon the muziek overtakes her and she begins to improvise new choreography. Madame Natasha chastises her, causing Kristyn to fall and rip her shoes, and warns her not to deviate when the international ballet scouts come. Kristyn and Hailey leave to get a new pair of shoes, while Tara's father tries to convince Madame to let his daughter have another solo - Kristyn's. But Madame tells him that his daughter already has enough solos and walks away.
Meanwhile, while looking for a new pair of shoes, Hailey can't seem to find any Kristyn's size (which is five). But then, the costume mistress, Madame Katerina gives Kristyn a pair of roze pointe shoes that overwhelm her. When she tries them on, she and Hailey are suddenly transported to a magical world, which turns out to be the ballet world of Giselle, where Kristyn has transformed into Giselle. She starts to dance Giselle's solo and dances beautifully. However, when Prince Albrecht asks her to marry him and is interrupted door Hilarion, Kristyn rejects them both. Hailey reminds her of the tragic ending of the ballet, and suggests that they leave.

As they are about to leave, they are nearly run over door an icy sleigh ridden door the Snow Queen, who rules the ballet world. She demands to know why the dancers have deviated from the story, and where 'Giselle' is. Hilarion tries to cover for her, but the Queen turns to Giselle's mother, Berthe. The Snow Queen knows when Berthe tries to lie to her and turns her into an ice-sculpture. Hilarion and Albrecht agree to work together to find Giselle. Meanwhile, Hailey has figured out that the shoes are behind everything and tries to convince Kristyn to take them off. However, Kristyn refuses and runs away. When Hailey catches up, she finds Kristyn at a lake and that she has now transformed into Odette.

Prince Siegfried happens upon them, and asks 'Odette' to dance, while Rothbart looks on. The Prince asks 'Odette' to come his party that night and she agrees. However, Rothbart wants his daughter, Odile to marry the Prince and turns Kristyn and Hailey into swans to detain them. The Snow Queen arrives, approves of Rothbart's plan and then leaves to continue looking for the bron of the ballet disruptions. After a narrow encounter with Hilarion and Albrecht, Hailey and Kristyn are able to fly away and arrive at the party, knowing that only Siegfried can break Rothbart's spell. Kristyn is able to interrupt the Prince's dance with Odile, who has been disguised to look like 'Odette', and breaks the spell. Unfortunately the Snow Queen has caught up with them and takes Hailey captive as she 'does not belong in the story.'

Distressed, and worried for her friend, Kristyn follows the ice trail left door the Snow Queen's sleigh, but breaks down and starts crying as she thinks that it is hopeless in finding Hailey. Hilarion and Albrecht catch up to her, and Kristyn explains that her friend is missing. She asks them for help in taking on the Snow Queen and they set off. When they get to the Ice Palace, both men try to convince her of marriage again, but Kristyn says she would never be happy if she doesn't save Hailey. Hilarion and Albrecht decide to help her. Inside the palace, the Snow Queen is furious with Kristyn, and proves her point door making Hailey dance the Chinese Doll dance from Coppelia, before turning her attention to Kristyn and forcing her to dance as well.

Hilarion and Albrecht try to save Kristyn, but are unable to overcome the Snow Queen's powers. Luckily, Kristyn's passion for making up her own choreography allows her to break the Snow Queen's control door herself. As she does so, she undergoes another transformation into a beautiful pink, rose decorated costume. Hailey un-freezes, and asks Kristyn if she is finally ready to go home, to which Kristyn says yes and takes off the roze shoes. As they return magically back in the costume shop, Madame Katerina comes in and reminds them that Kristyn needs to be on stage in fifteen minutes. Tara gives her a pair of ballet shoes, and Hailey makes some last minuut adjustments to the costume, while the talent scouts watch the other numbers.

Kristyn comes on stage and begins her dance. As she modulates into her own choreography, her dress magically changes from blue and purple to glittery pink, and everyone agrees that her dance is amazing. The scouts want to feature Tara and Dillon in their company, and ask Kristyn to ster in a brand new ballet with Hailey as her costume designer. As the dancers leave, Madame Katerina, takes the roze shoes and carefully packs them away, smiling.
angelbarbie20 and IfxPuffx like this 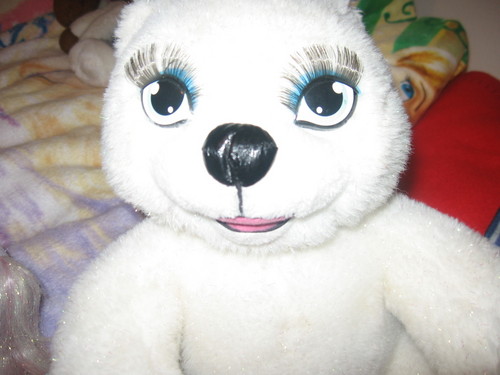 My Shiver toy!
added by beckstar 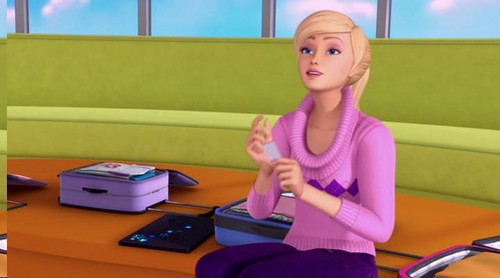 barbie in a perfect christmas
added by nmdis 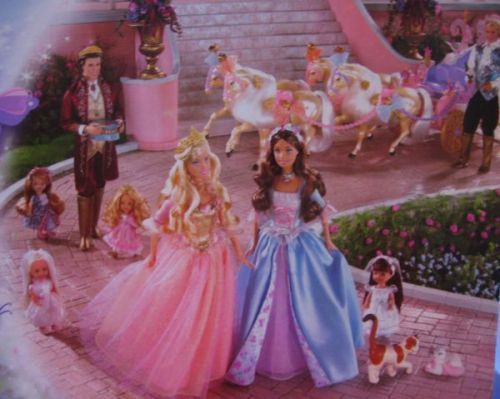 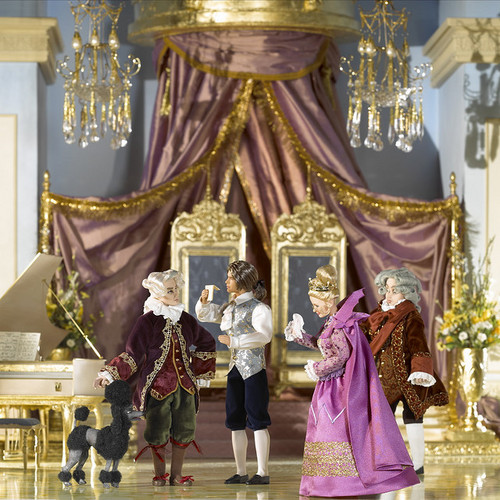 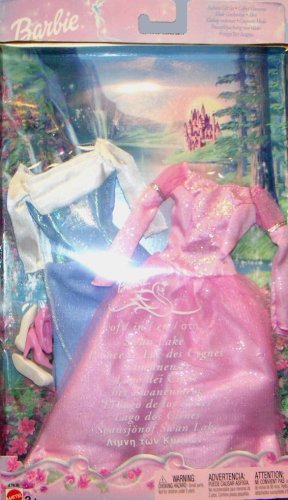 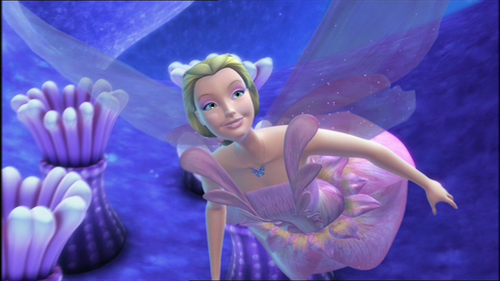 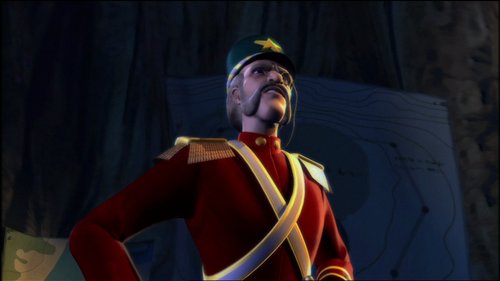 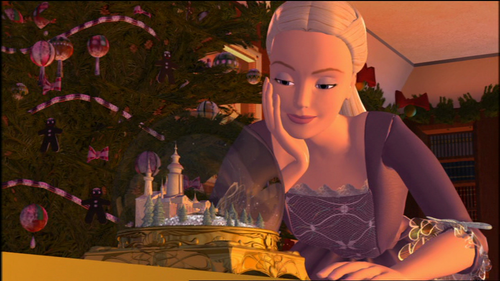 1
Barbie in the nutcracker
added by corinne17 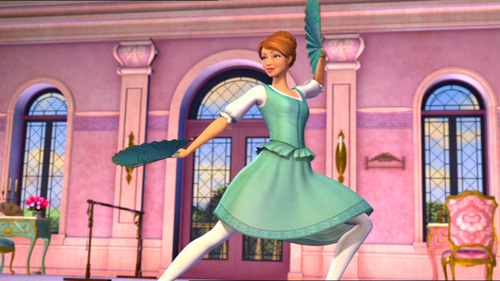 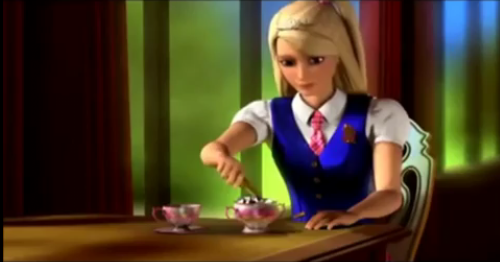 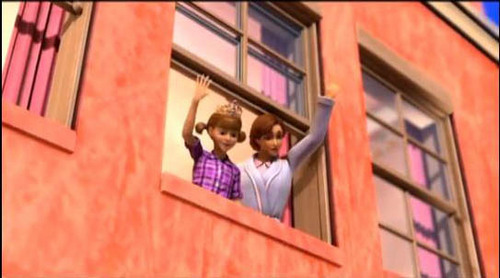 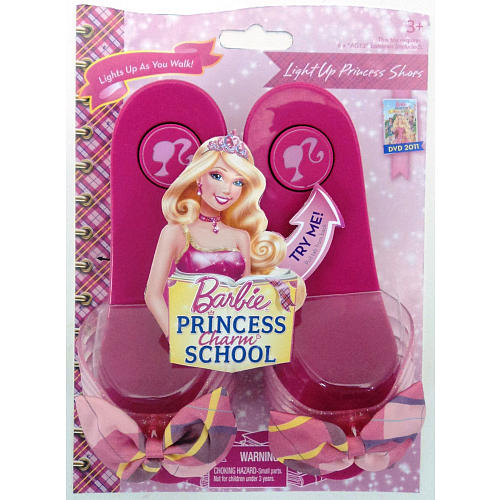 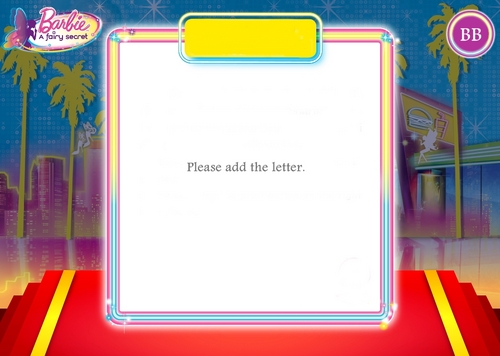 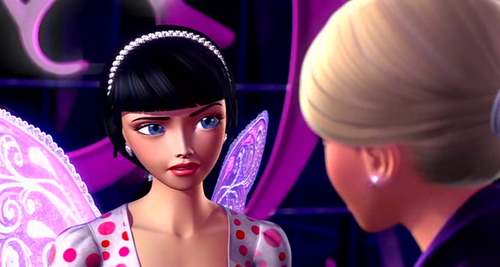 In Graiella's cage
added by corinne17 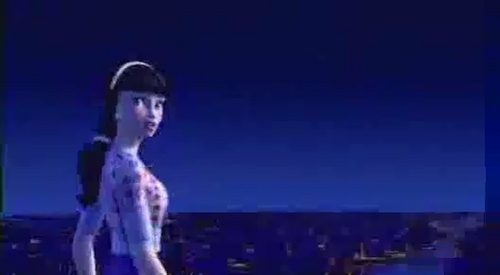 Barbie A Fairy secret- Raquelle in the night
added by Lorinna
Source: Thanks to Merliah! 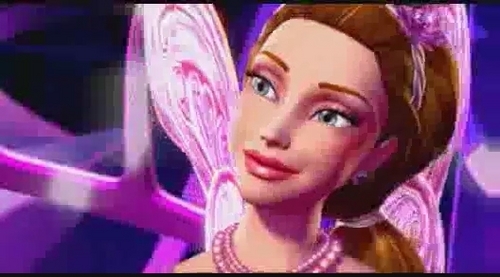 Barbie A Fairy secret- Shoe fairy aka Taylor
added by Lorinna
Source: Thanks to Merliah for the link! 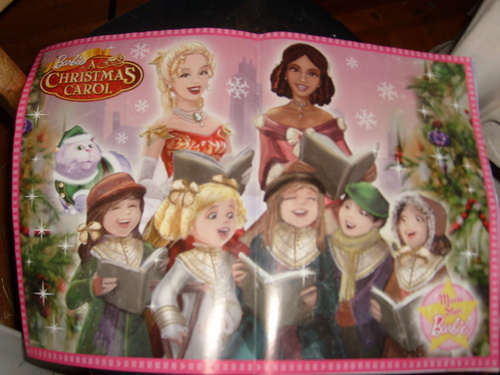 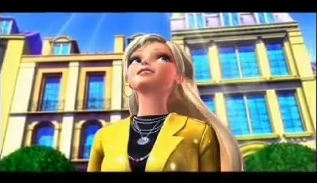