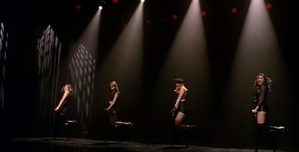 All of these are in my own opinion. The artikel is not about the actual quality of the songs, but meer of their use in the show. A short note is included after the titel to note the main issue(s). "Done intentionally" means that the faults were acknowledged in the show.
~~~~~

1.    Cell Block Tango - Poor song choice and offensive; done intentionally. The girls just found out that someone is in an abusive relationship. This was probably one of the worst songs they could have chosen to sing. As zei in the show, it was door a bunch of violent, crazy women who killed their significant...
continue reading...
4
A Glee Story: Chapter One
posted by fetchgirl2366 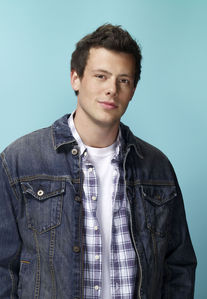 (Finn, sitting in the lunch room with his fellow Glee club members, goes into a sudden flashback to the first dag of school at William McKinley High. Students were walking past them, talking about what they want to do over the summer and what colleges they're going to. Finn couldn't help but wonder about his life after high school.)

Finn's Thoughts: This isn't fair. I have nothing to think about. It's like I'm stuck in a forest somewhere and no one can reach a hand to rescue me. I have no idea on what I want to do after William McKinley. I mean, football means so much. There's just a lot to...
continue reading...
35
My favoriete Glee Quotes
posted by Annaoth

This is a lijst of my favoriete Glee Quotes, Episodes 1-11. I might have forgotten some. Feel free to tell me your favorieten too :)

"I am not homophobic. In fact, I have two gay dads. See, I was born out of love. My two dads screened potential surrogates based on beauty and IQ. Then they mixed their sperm together and used a turkey baster. To this dag we don't know which one is my real dad, which I think is pretty amazing."
Rachel Berry - Pilot

"This is where our daughter of gay son will sleep."
Terri Schuester - Showmance

"There is nothing ironic about toon choir!"
Rachel Berry - Pilot

"Have u ever...
continue reading...
21
glees casts tattoos
posted by uruguaygirl4398

With a total of nine tattoos, Lea Michele has the most ink of any member of the cast of Glee. Her tats include two butterflies (one on her right foot and one on her lower back), the words "I Believe" inside her right wrist, muziek notes from the song "Bohemian Rhapsody" (left shoulder blade), a goud ster on her left wrist in honour of Rachel Berry, the word "Imagine" on her left foot, and a kruis on the side of her left rib cage.
Lea also has a tattoo on her thigh in memory of her deceased grandfather (unseen).

You may not have known it, but Matthew Morrison has a tattoo of a...
continue reading...
5
top, boven 10 Funny Glee Quotes
posted by Renesmee_XD
10. Funny Quotes from Glee : Report

Will to Finn: u still owe me that meld on...what u did last summer
Finn to Will: Almost half way done with almost all of it Mr. Shu.

Rachel: Nowadays being anonymous is worse than being poor. Fame is the most important thing in our culture now.

Will: There is no joy in these kids, they feel invisible. That's why every one of them has a myspace page.

Finn about his mom: She just had surgery.
Puck: What kind of surgery?
Finn: Oh, well, she just had to have...
continue reading...
-1
9 reasons why rachel barry from glee is a teef
posted by anoxus
1-after getting the maria role in west side story she still ran for president against Kurt and brittany

2-she was angry at Santana because she was her UNDERSTUDY

3-she didn't know the names of Ryder,Jake, Marley, Kitty and Unique/Wade

4-she sold EVERYONE down the river at least once

5-she thinks she's the "glee" club

6-she wants every single solo

8-EVERYONE thinks her personality is the worst 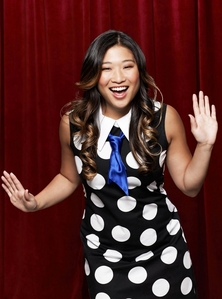 Season 3: Because u Loved Me

Season 4: Gangman Style, I Don't Know How to Love Him,
Hung Up

Season 2: Sing!, Dog Days Are Over


Solos in a Group:

Season 1: Push It, Proud Mary, My Life Would Suck Without You, Express Yourself, Bad Romance, Give Up the Funk, To Sir With Love

Season 2: Toxic, One of Us, Time Warp, Start Me Up/Livin on a Prayer, Marry You, The Most Wonderful dag of the Year, We Need a Little Christmas, God Rest Ye Merry Gentlemen, Deck the Rooftop, Born This Way, Pure Imagination,...
continue reading...
5
My favourite Kurt quotes/moments! :)
posted by ninjacupcake88
Pilot

Rachel: "Look guys, these steps are not hard! I’ve been doing them since preschool!"
Kurt: "I’m sorry, did I miss the election for queen. Cause I didn’t vote for you."

Finn: "Look, I owe u guys an apology. I never should have quit. I don't want to be the guy that just drives around throwing eggs at people!"
Rachel: "That was you?"
Kurt: "You and your vrienden threw pee balloons at me."
Finn: "I know."
Kurt: "You nailed all my lawn furniture to my roof."

“Blaine!” Brittany knocked on the heavy black door. “Come out now!”
“What’s it Brit?” Blaine opened the door. “Why are u waking me up? It’s only 4 in the morning, is there a responsible reason to wake me up!”
“Yes!” Brittany replied “I have an idea for the perfect outfit, one that will make u look hot. That way u can impress Kurt!”
“Okay, what about only 1 comes out alive haven’t u understood.” Blaine smiled at her “The idea that idea that either Kurt of me have to die, what if we stay until the end. I won’t...
continue reading...
You Might Also Like...

Hello lovely Gleeks !
First of all, thank u for taking the time to read this, especially as many of u may not love Finn and Rachel as much as I do. This is basically my way of tonen u guys how much I adore them and hopeing that, after u read it, you'll consider voting me biggest finchel fan.

So why do I love this couple so freaking much that I've bothered u all with numerous artikels about them? Well, to answer this I thought I'd take u through each of the seasons and highlight some of the defining moments and add in some of my favourite quotes 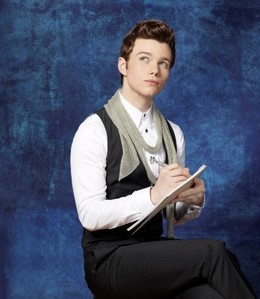 (Kurt Hummel, Brittany Pierce, Santana Lopez, and three members of the God Squad were all in the waiting room of the Saint Mercy Hospital with Mr. Karofsky, Dave Karofsky's dad. He was pacing back and forth, worried about his son. A tear fell down his face.)
Mr. Karofsky: God, no. Not my poor son!
Quinn: Sir, what happened to him?
(Kurt, Santana, and Joe looked worried. Brittany was asleep on Santana's shoulder after waiting in the waiting room for 2 hours.)
Mr. Karofsky: Those evil kids...they bullied him.
Kurt: For what? I thought they liked Dave.
Mr. Karofsky (wiping tears away): At school, they...
continue reading...
Glee Dictionary: B
posted by fetchgirl2366
B
Bad Reputation- Seventeenth episode in the first season of "Glee"
Ballad- Tenth episode in the first season of "Glee"
Baby- Originally door Justin Bieber, sung door Sam Evans in the episode 'Comeback' 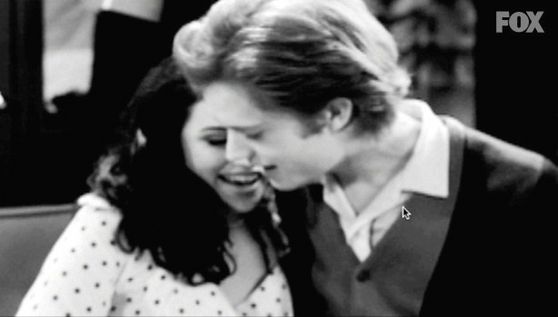 "Baby, It's Cold Outside" door Cameron and Lindsay (from "The Glee Project")

Baby, It's Cold Outside- (1) Originally from the musical film "Neptune's Daughter", sung door Blaine and Kurt in the episode 'A Very Glee Christmas'; (2) Originally from the musical film "Neptune's Daughter", sung door Cameron Mitchell and Lindsay Pearce on "The Glee Project" (episode 5, 'Pairability')
Back...
continue reading...
9
My Issue with Glee’s Message on Bullying
posted by ForsakenMoon19
This is something I need to get off my chest considering how depressed and emotional I've been lately but this passed episode really hit home pagina for me making me feel worse than I do now. Read after the cut and please read with an open mind these are just my thoughts based on personal experience and what I took from glee and this episode:


We all know bullying is wrong, bullying of any kind is wrong no matter who u are of how u look at it and kids can be extremely mean. We seen this first hand in person and over the internet there's constant bullying. The problem with Glee is when it comes to...
continue reading...
2
My top, boven Santana Quotes (Season 1)
posted by fetchgirl2366
Here are my top, boven Santana quotes from Season 1:

10. "What difference does it make? Everyone knows my role here is to look hot". (Laryngitis)

9. Santana: "Who, Rachel? She's dating that Jesse St. James kid from Vocal Adrenaline".
Finn: "No, she's not".
Santana: "Please, she's like a cat in heat. She talked about him yesterday and practically sprayed the choir room". (Power of Madonna)

8. "You know what actually, would u mind waiting in the car? Oh, and leave your credit card". (Hell-O)

8. Santana: "This food was not satisfactory".
Brittany: "There was a muis in mine". (Hell-O)

7. Quinn: "Will u give me my test back?"
Brittany: "I just don't understand anything". (Throwdown)

5. Brittany: "You're a really good dancer".
Finn...
continue reading...
4
'Sexy' Review
posted by Hazel563
My artikel is rather long. Feel free to read the whole thing but if u only want to see a specific topic press 'Ctrl' then 'F' a box will come up and type in the topic of your interest listed below. Press enter until brought to the topic.

Overview
Glee has lost its touch. It used to be something witty, fun, interesting and full of talent. “Sexy” was confusing, lacking in enthusiasm, overclouded with too many plot lines, and actually had me unmotivated to watch. 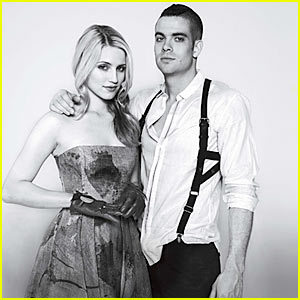 Mark Salling and Dianna Agron are featured in Paper Magazine’s “Beautiful People 2010″ foto spread. Here’s what the Glee hotties opened up about:

Dianna on her character, Quinn Fabray: “She’s deliciously evil and oscillates between being the mean girl and someone with an ounce of a heart”

Mark on Puck’s future with Quinn: “I know my character. He’s not going to stop sexting other girls.”

Dianna on celebrity sites drawing conclusions from a foto of her drinking coffee with Adam Brody while they were filming upcoming movie The Romantics: “Our call time [for the film] was the same that day, so we thought we’d go grab coffee together. An uur later, I had a boyfriend. (laughs) It was great.”

Mark on some bloggers’ breathless descriptions of his chiseled physique: “I’m honored door their kind words. But my eyes are up here, OK?”

2. What did u first think of Glee when u watched it?
Funny story that is I missed every single episode up to preggers I think? In aussie its on every Thursday night and me and my friend are like we have to watch it, but than we kept forgetting and missed the...
continue reading...
2
Of City Affairs and Honest To-God True Love - Ch. 1
posted by spikes_girl
Pairing(s), Characters: Rachel/Puck, Rachel/Finn, Will, Kurt, Mercedes, Tina
Summary: Rachel finds herself slowly feeling for Puck again while in a relationship with Finn. Yeah, I know, fabulous summary... xD
Disclaimer: I do not own Glee of any of the characters. I do have my own little Puck-bot hidden in my closet though...

"We weren't vrienden before." The words stung at Rachel like jabs of a needle-- and being a terrible sewer, with quite a few ice white scars on her small fingers to prove it, Rachel knew what being picked with a needle felt like. Especially when it actually punctured...
continue reading...
More Cards
1234567891011