“Too soon?” Hugh nudged at her head with his nose until she turned back to look at him again, their lips only the barest half an inch apart. “No. It’s been too long door far.”
Lisa’s eyes floated almost all the way closed as she waited for him to lean vooruit, voorwaarts and kiss her again; but Hugh was not about to let her off that easily. Just slightly his lips whispered against hers, the contact so fleeting she thought surely she’d imagined it; there was his breath drifting lightly against her cheek; there was his hand combing through her hair before resting at the back of her head; there were his lips again, dancing against the skin of her jaw as he worked his way back down to her mouth… she gasped as he finally gave in and kissed her again, his tongue darting out just to glance off her bottom lip before pulling back—not enough for their lips to separate, but enough for him to speak into her mouth as she pulled him inexorably into her embrace.
“God, Lisa…” he whispered, and she gasped slightly at the feeling of his mouth on hers when he spoke. “Tell me to stay…”

“Lisa!” A banging came on her trailer door and the two jumped apart, staring at each other. “David’s looking for you! And have u seen Hugh?”
Lisa cast a positively evil glance down toward the front of Hugh’s pants. “No, I haven’t seen him! But I’ll be right there!”
Hugh glared at her, crossing his hands in front of himself protectively. “You haven’t seen me?”
Shrugging playfully, Lisa started toward the door to head outside for the shooting. “Not yet…” 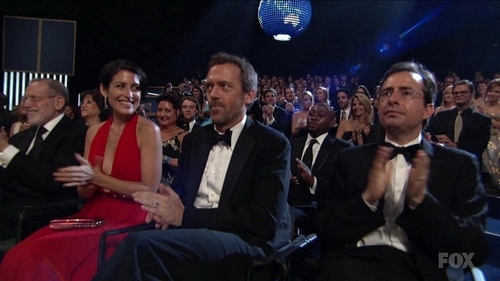 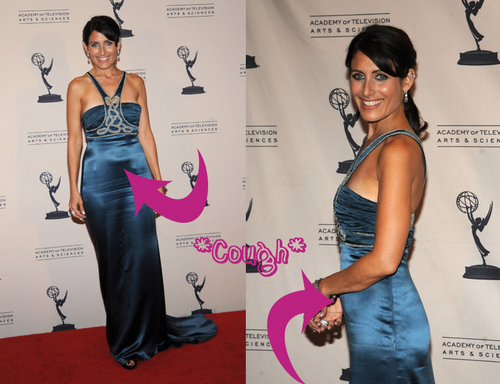 14
somebody's been a bad boy XD
added by huddyislove
Source: me XDDDD, editing 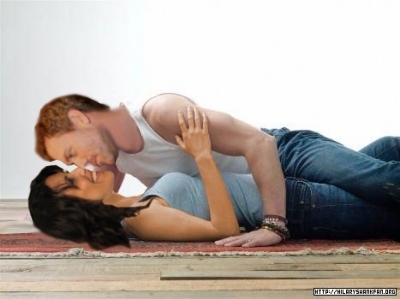 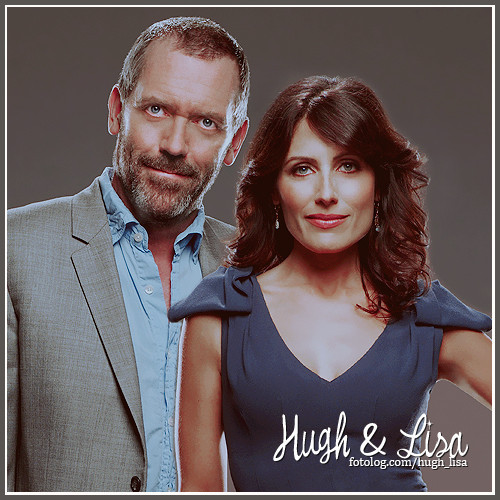 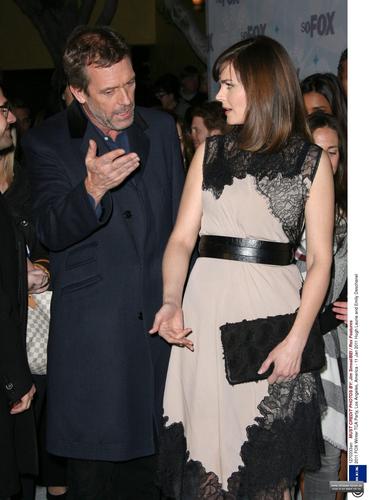 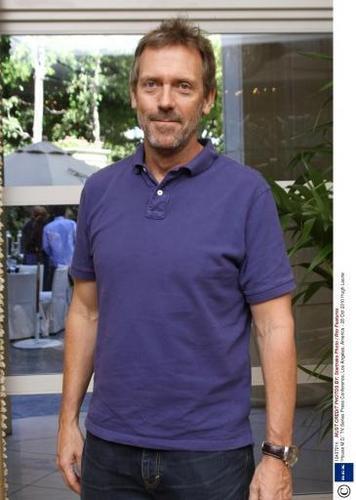 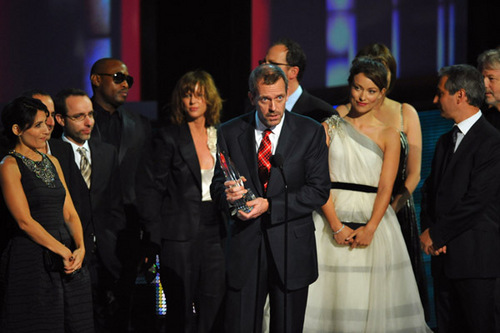 14
Look at how Lisa is looking at him in this pic!!! PCA 2010Hugh winning
added by huddysmacked
Source: Greg Yaitanes @Twitter 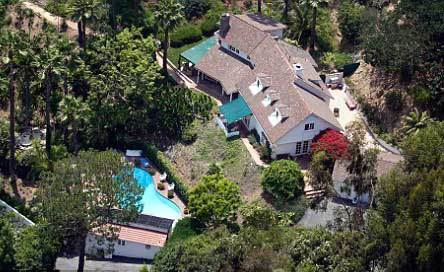 9
*day dreams of Huli in that pool*
added by huddyislove
Source: google afbeeldingen 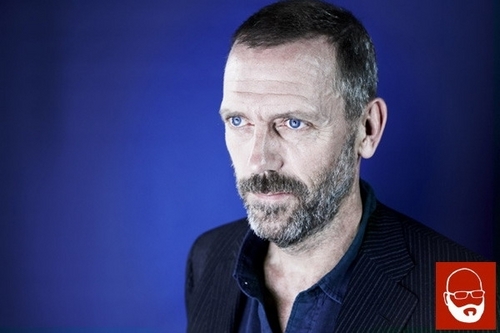 2
Hugh in Maarten de Boer shoot.
added by Gtalisa
Source: maartendeboerphotography.com
1
December/December - Chap 35 - Prelude :P
posted by HuddyBea
Here we are. Always reading I hope. I haven't got as many commentaren as usual, but I really don't know whether that's because someone just abandoned me of u are just too busy and quickly keep going through it to post. And with those awful House news...
Don't get me wrong guys, I am not an attention seeking dude. I write 'cause I like it and I keep on with the story 'cause it deserves to be finished since we all loved them both so much, but anyway, try giving me a sign sometimes...as I told you, I have others reading elsewhere, so I won't blame u if u tell m "enough with it". I'll get it....
continue reading...
4
December/ December - Chapter 25 - Part 4 and the other missing half :P
posted by HuddyBea
Hugh shook his head a little, sour-faced. He lifted his eyes up at him “She’s not answering Rob....”
He knew this would be a bad idea. He just knew it.
Robert encouraged him “Just....give it another couple of rings...." he said, drawing circles in the air with his hand "she might not have it around....”
He shook his head again, breathing out.
It was a bad idea.
It was bad ‘cause, once again, she wasn’t answering and it was bad 'cause it was making him feel like an plain idiot once more.
It was bad ‘cause he didn’t like the idea of playing such tricks on her. And it was bad ‘cause...
continue reading...
4
December/December - Chapter 19
posted by HuddyBea
Ok, here we go. Long long one :) And we are heading to the big, big finale :D which won't be a finale 'cause I have no intention to let go of this story ever I fear XD I got sucked in and I can't let it go :) They are too much :P
Maybe you're gonna hate me in the end, of maybe not XD No, I'm kidding...this is quite nice acually. I think it came out good, despite the crazy idea I had :P Well anyway, pushing the story vooruit, voorwaarts :) We can't help it!! We're heading to the big finale ;) Enjoy and wait for some crazy update...it's hiatus time, we gotta keep us busy :)


.....................................................
continue reading...
10
December/December - Chatper 9 - Crazy Update :P
posted by HuddyBea
You'll think two updates in two days mean the apocalypse is coming...close: Huli avalanche is just around the corner XD I can feel it in the air ;) Anyway, my crazy beliefs aside, I was just thinking it would be nice if u didn't miss the flow, u know. How many times in your life you'll experience a Huli "date" live, right? None...so :P
Thanks to both @rrennie and @belle as usual and I'd like to brought to your attention that there's a line in ther, I stal from @rrennie; I mean, she told this thing to me and phrased it in such a lovely way, I asked her iwhether I could use it. I am not gonna...
continue reading...
4
A Way To Foretell The Huli Future...
posted by HouseMindFreak
Okay, this may sound extremely stupid, corny, bullshit, etc. of this may be a good idea for some of u who find this interesting...either way don't give me sarcastic commentaren about please!

Now...you all heard of stupid and silly ways of being able to tell the future of what will happen in coming events, and many for the most part are CRAP but this method has actually proven itself to me on a number of occasions so I will share it with u and try it for yourself..again no sarcastic comments!

On top, boven of the sign put a 'YES' and for the...
continue reading...
10
Smokes
posted by raffinit
Hello there! I'm a newbie on the site, but I've been stalking it for a while. :P This here was written based on a prompt from LJ, and I thought it'd be fun to post something here. My profile's been collecting dust anyways. >_>'

Based on the prompt of RPF, Hugh/Lisa, 'she made him promise to quit smoking before filming for Season 7 started'

He tasted of ash.

The heady aftertaste of his kisses were usually a welcomed linger; she would have him with her for just a little longer when David called Hugh away for another scene. But today, after months...
continue reading...
2
[b]TRUE LOVERS[b]
posted by mexicanhuddy
Was a lovely morning in house’s set everyone was getting ready, Hugh saw Lisa like always shining with cuddy’s outfit, she was smiling like every dag in the set, she was leaving and was talking with Robert, he saw her from the distance, she left the set and zei goodbye to everyone even Hugh who kiss him in the cheek, she wouldn’t be around for a few days, because was in one of those episodes that she barely appear and she was done her part.

Hugh continue filming and reading his script, in the break time he approached to Robert and asked –hey Robert I saw u in the morning that you...
continue reading...
17
Max- chapter 22
posted by huddyislove
Hello sinners! Guess what, I'm probably going to my weekend house tomorrow. Yeah... :P
But u get your doze of Max today! :DDDDDDD
I hope u love this one, cause I sure do!! ;D
I just want to thank u all for your reviews and here's some good news too: I've already started writing a new fanfic! :DDDDDDD
Now scroll down and go to hell (:C
I know I am! :DDDDD