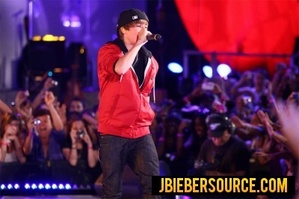 Teenage singer Justin Bieber scooped three awards at last night's MuchMusic Video awards held in Toronto yesterday (20.06.10). Justin Bieber was the big winner at this year's MuchMusic Video Awards. The 'Baby' chart topper was named UR Fave New Artist, received the UR Fave Video award and the International Video Of The jaar door A Canadian for his single 'One Time' at the ceremony, which was held in Toronto yesterday (20.06.10). The 16-year-old singer was thrilled to pick up his first muziek honours in his home pagina nation.
He said: "Coming from a small town in Canada - repping Stratford, Ontario - I just wanna say, this means the world to me. It's my first award, and to have it in Canada is just amazing. I want to say thank u to all my fans who got me in this position." Teen stars Miley Cyrus and The Jonas Brothers- who presented the awards ceremony- also collected gongs for their efforts in pop music. Miley scooped up the award for International Video Of The jaar door An Artist for 'Party in the USA' and apologised to her father Billy straal, ray Cyrus for forgetting Father's day. She said: "I want to tell my dad that I love him, since I forgot to call him till really late." The Jonas Brothers went home pagina with the award for International Video Of The jaar door A Group for 'Paranoid'.
Katy Perry, Drake, Adam Lambert and Miley Cyrus all performed at the event.
YuukiTouma, Lizzy-ILoveJB and 1 other like this
4
Bieber on the lookout for love
posted by keninv 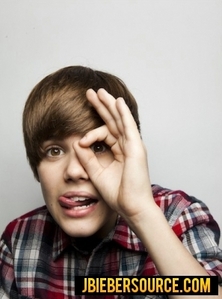 Justin Bieber is looking for a "confident" girlfriend. The 16-year-old singer admits he is keen to find a girl to spend some time with, but she has to fit the mould. "I like someone who's funny, confident and not afraid to be herself," he said. Bieber also revealed he is not keen on girls wearing Ugg boots of oversized sunglasses. "I think Uggs are ugly. And I think big sunglasses are kind of overrated. I like big sunglasses but not those huge, round ones," he revealed. Despite being picky about what a girl wears, he may have little time for a girlfriend, as door the time he turns 17 he hopes...
continue reading...
5
Bieber recalls "crazy" fan experiences
posted by keninv 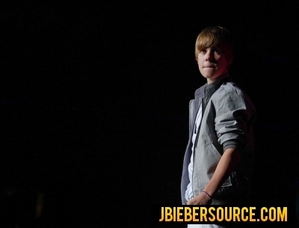 Justin Bieber has reportedly admitted that some of his experiences with fans have been "pretty crazy". Female fans of the 'Baby' ster caused a stampede at a New York mall last November in a bid to catch a glimpse of the singer ahead of a performance. "The incident in Long Island was pretty crazy with the fans shutting down the mall and me not being able to toon up," Access Hollywood quotes him as telling Seventeen. "When I was in Seattle, this girl came out of nowhere and she tried to hug me, but she tackled me instead. It was really scary. Then there was another girl in Miami whose mum got...
continue reading...
2
Justin Bieber and Miley Cyrus make peace wiht sushi
posted by keninv 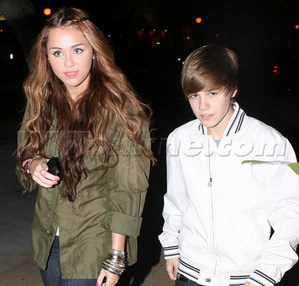 There is nothing better than a good meal to put the past behind.

of at least this is what Justin must have thought when he invited Miley Cyrus to eat out with him at a Japanese restaurant.

They both left the restaurant feeling really happy with big smiles across their faces. Photographer were waiting for them as the exited the restaurant and caught them all smiles in the foto's below.

Justin put up on Twitter that he had gotten together with a friend for dinner. That friend was Miley Cyrus and it was confirmed a few hours later when the foto's of the two together went up on the net.

We hope that none of Justin's many fans feel upset about the peace agreement he has now with Miley. Also, we hope Miley doesn't receive and threats on her Twitter for having had avondeten, diner with Justin!

hallo fans of justin bieber all the girls that love justin bieber u go but the truth is youll never be able to go out with him hes 16 and hes famous now rlly wats the chance that hell go out with a fan i mean i know everything about him but does that mean hell go out with me no i wish he would but no im already dating somebody so i would not give my bf up for a famous jerk i bet hes a jerk all famous people are i mean brittney spers is i meet her shes a b**** and all of u that think that justin biebers favoriete color is blue and his b-day is march 14 u are wrong his b-day is march1st du and his favoriete color is purple why do u think that my world 2.0 is purple and his cd is 2 drrrr....p.s i love justin bieber 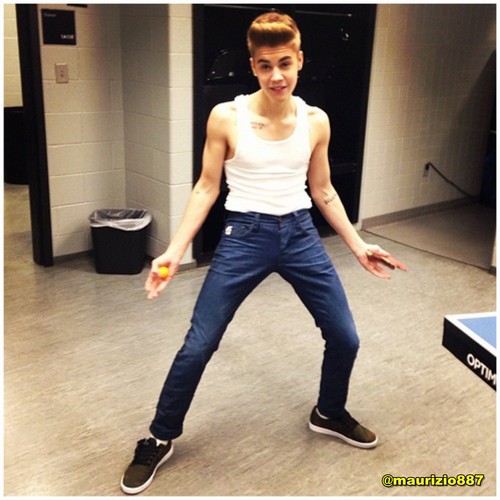 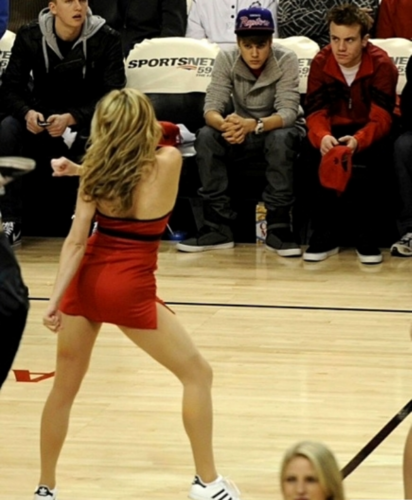 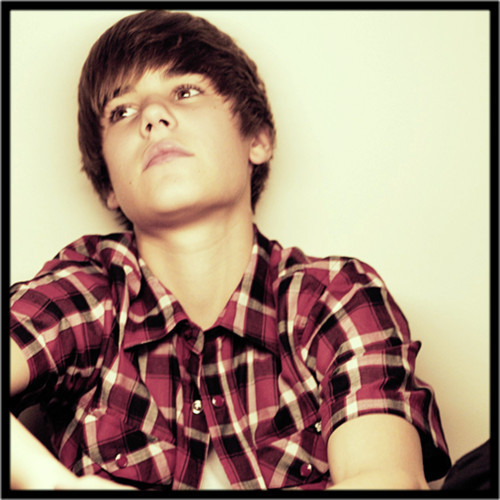 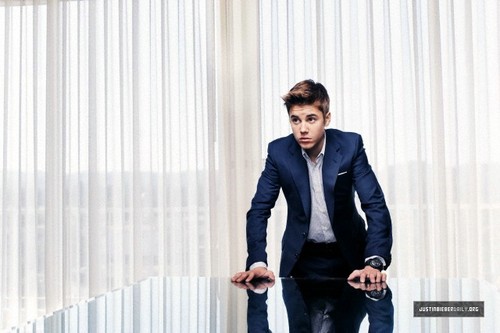 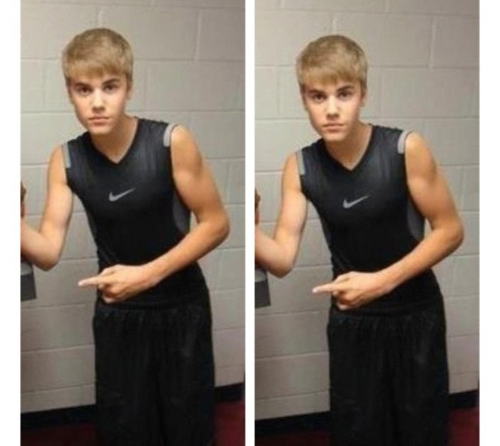 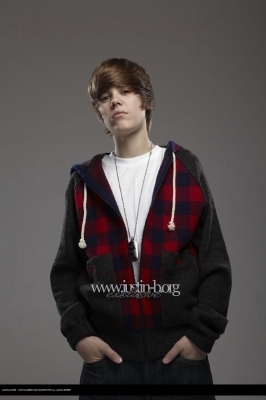 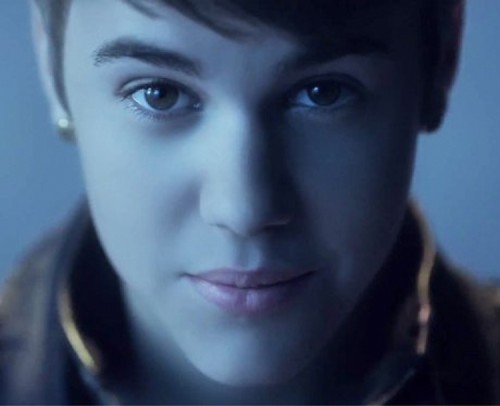 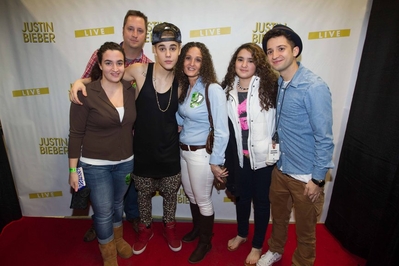 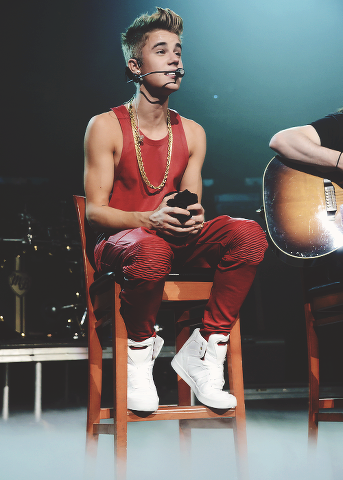 As Long As u Love Me
added by beliberjb 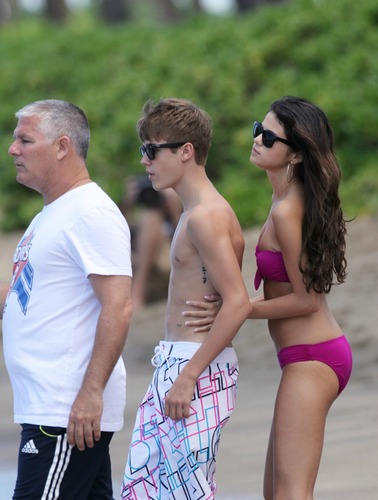 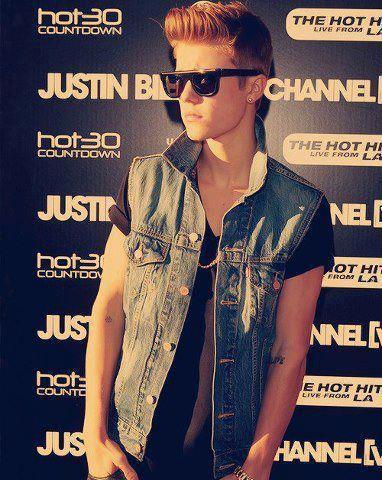 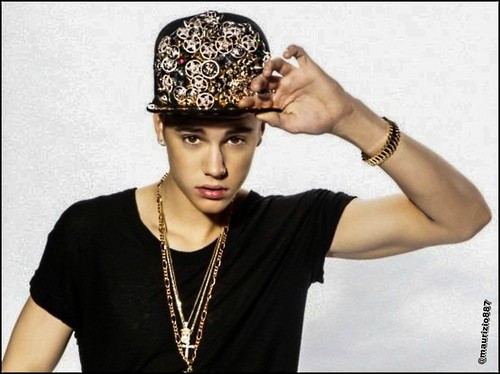 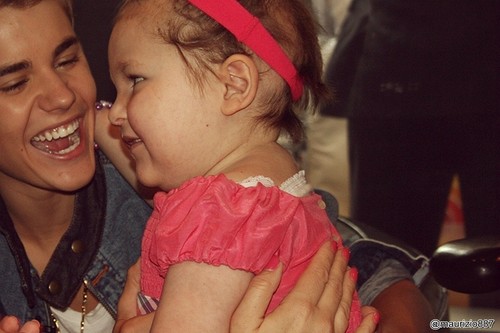 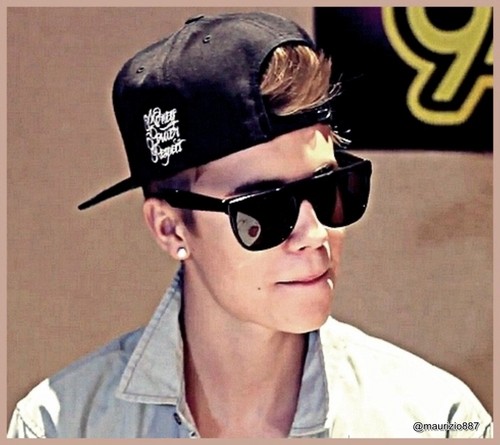