een jaar geleden lucius_malloy said…
hehehe my mum just literally ordered me to go lie down with my laptop and a cup of tea... I'm not complaining :D 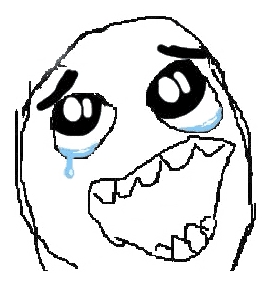 een jaar geleden lucius_malloy said…
I know, right? and I only have ten...
*not quite sure what to feel (apart from kinda sick)*

een jaar geleden lucius_malloy said…
my teacup's empty... but I cba go and refill it D:

siriusly, I've got a geography test that day... I have no idea how I'm gonna concentrate, knowing that it's only a few hours...

een jaar geleden lucius_malloy said…
I just find it ironic that one of my friends just linked link on Facebook... seeing as 'gay' is one of his most frequently used insults.
Hypocrite much?

een jaar geleden lucius_malloy said…
I don't really hate it...
Well. I love the kind with countries and cities and stuff, because I'm good at that, but I hate the ice age crap we're doing now -_-

een jaar geleden JustinLover-202 said…
how are you guys

een jaar geleden lucius_malloy said…
^ I second that question... the answer shall determine your reception to this elite club of people.

een jaar geleden SEEKER6 said…
thank you Mallloy. For that you get a Potato from my secret sta... never mind. :) 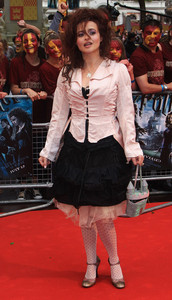 at camp, we were playing this game called steal the bacon, and one of the counsellors was like, "why steal the bacon? why not, like, the potatoes?"
so of course I informed him that potatoes are God and therefore cannot be 'stolen' like some common bacon.

and by the way: WTF - Welcome To Finland :DD

een jaar geleden lucius_malloy said…
why, best?
and I'm not really a hater, per se...
well okay, maybe I kinda am. because he's an annoying, whiny little bitch.

een jaar geleden harrypotterbest said…
A friend of mine is a fan.... but not those crazy kind that can't spell. Actually, she's a HP fan as well, and knows how to spell. She is also a very good debater.... and her favorite character is Sirius.

LOL, now whenever my friends say, 'WTF' I'm going to reply with, 'Welcome to Finland?' 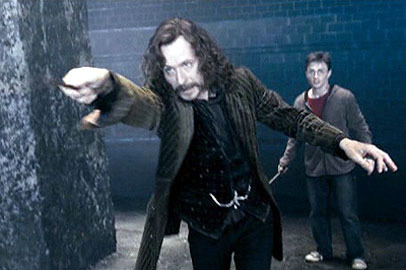 een jaar geleden lucius_malloy said…
You do that :D

And I just never saw the appeal of repetitive, auto-tune love songs that, in all fairness, are really very shallow.

een jaar geleden harrypotterbest said…
What do you think?

‘No!’ Minerva looked at the burning hospital in front of her. ‘Athena is in there!’ She struggled to push past the officers who were standing in front of the yellow line, trying to put out the fire with their wands.
‘Stay back, ma’am!’ shouted one of them to her, but she ignored them and continued to run forward. Someone grabbed her arm and forced her back.
‘Let go!’ she yelled, tears running down her face. Whipping out her wand, she pointed it at the building and yelled, ‘Augumenti!’ But as the water hit the flames it evaporated, and flaming chimeras and dragons rose out of it.
‘Feind-fyre!’ screamed someone in the crowd. Minerva, being the excellent witch she is, raised her wand to perform the counter-curse, but it did not work.
‘Wh – what?’ she spluttered, shocked. Then out of nothing, she was hit by a crazy idea – it might work. ‘Specialis Revialo!’ she pointed her wand at the building, which flashed white before coming to its original colour, with the fire gone except for in one ward.
She heard a mad cackle and whirled around. ‘Bellatrix Lestrange?’ she gasped.
‘Yes,’ cackled Bellatrix. ‘Who else? Who else is such a genius?’
‘Dumbledore!’ declared Minerva, though she knew Bellatrix had not meant for her to answer. The wizards were outing out the fire in one ward, and Bellatrix whirled around and apparated, the crack echoing in everyone’s ears.
Once the fire was put out, the Healers went in to examine the damage that had been done. She was led to the side, and told that they had been unable to find her daughter.
Minerva stared at them. ‘But – but...’ she repeated, dazed.
‘I’m sorry, ma’am,’ said the wizard gravely.
As she was heading back home, she thought of her daughter. Round face, black hair, clear blue eyes... 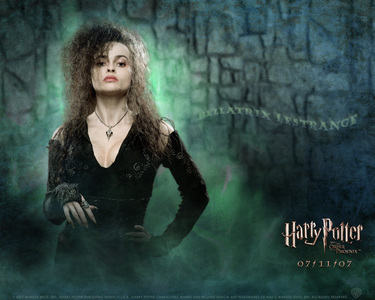 een jaar geleden lucius_malloy said…
how's it six? if you're two hours behind us, and it's 7:3O here...
and okay, so maybe it is evening :D

een jaar geleden mooimafish17 said…
your right malloy. we have just re-set the clocks and im all over the place!
its 6:30, which is still kinda evening

It's going to be a long ff, but I can't decide which time to set it in... I want to include the Battle of Hogwarts, making Harry, Ron, and mostly Hermione the girl's friends, but I also think it would be cool to make one with Albus, James, and Lily. But if I do it with the latter, Bella and Voldy would be dead at that time, so.... 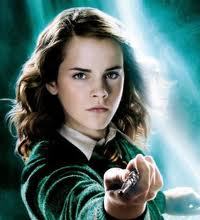 just whatever one you think would turn out best. I cant wait to read it :)

Replying to Harrypotterbests previous comment:
I HATE JUSTIN BEAVER!!!! (GRRRRRRRRR)xD I think he's so annoying.
I actually carved my Halloween pumpkin like this:

een jaar geleden mooimafish17 said…
i also hate JB.....but not enough to carve a pumpkin about him!

I only have one review for chapter four so far... D:
*end shameless self-advertising*

een jaar geleden harrypotterbest said…
@Malloy - yeah, I thought of that, but I always seemed to think Luna should be a big part of the plot, and the Marauder era would be slightly impossible, since Bellatrix was in school at that time... And link?
So I'm going to go with Harry's time in Hogwarts....

een jaar geleden emilyroxx said…
How about Xenophilius taking the place of Luna?

een jaar geleden lucius_malloy said…
also, guys, I think we've matured or something... (*el gaspe!*)
because we are exactly six pages away from 7OO and... get this... no one is spamming.
o_O

Question #1: Do you ship Bellamort? Why or why not?

Yes, absolutely. I've been really attracted to this ship ever since I read the final scene in OoTP, when she was pleading with him and he was so angry at her but also kept using his pet name for her. Bella. To me, the use of this nickname is one of the most "human" things Voldemort does. I was really intrigued by the fact that Voldemort, a character whom JKR has told us constantly is barely human, has a nickname for one of his followers. Obviously, this was not just any follower. So the concept just started eating my brain, and we got all sorts of other wonderfully subtle shippy moments over the next two books, which turned me into a full-blown shipper. And then we got the big one (He screamed when she died! And then sought revenge!), which I will go into more when I get to my lengthy Voldemort Actually Sort of Cared About Bella argument.

So basically, this ship rocks. It's both and scary and sexy at the same time. Plus, it involves torture, killings, attempts to rule the world, and all sorts of other fun stuff. What's not to love?

Question #2: Do you think that Voldemort and Bella had a relationship?

I think that they probably had a sexual relationship during the First War. He certainly wasn't above using that to control her, and to control those who cared about her (i.e. Rodolphus), but he would have made it very clear that that was all it was. Of course, the main argument against this happening is that Voldemort was such a narcissict that he wouldn't view anyone as "worthy" of him. But still, unless he's totally asexual (which I suppose is a possibilty), he was probably getting it somewhere. And I see no reason why it couldn't have been from Bella, who was attractive, very available, and about as "worthy" as anyone could be in his eyes.

Question #3: Do you think that Voldemort cared about Bella at all?

Let me first make something very clear: I do not think that Voldemort loved her. Just...no. That goes against every single thing we know about Voldemort and his personality. No offense meant to anyone, but there is nothing worse than a baby!Bellamort fic. It's really bad.

That being said, I also don't buy the argument that he felt nothing for her. He obviously recognized her potential, and possibly admired her skill. He may even have mentored her a bit, as Bella has attested that he taught her himself. His bestowing of the nickname also says something. I really can't imagine him calling Lucius "Lucie" or something like that, even though Lucius had quite a lot of influence in his day. Voldemort had a much different relationship with her than he had with the other Death Eaters. I think that they related on a level that went far beyond anything physical. Something made Bella the crazed fanatic that she turned out to be. She was drawn to him like a moth to flame.

I think part of this might be because Bellatrix and Voldemort are very alike in some ways. Most fans would agree that they are the most depraved characters in the story. They're both sadists and sociopaths, and both were neglected as children (I can't imagine Black manor was a very nurturing place to grow up.) They are also the most sexualized characters. Bellatrix clearly gets off on torturing people, and Voldemort is...well, Voldemort. We know that Voldemort doesn't like being understood by anyone, but of all the Death Eaters, Bella probably gets closest. Also, they're both crazy. Did I mention that?

Anyway, whatever relationship/connection/randomsexytimes they had in the First War, it probably stopped in the Second War, when Bellatrix fell out of favor. But still, he kept her around. To me, this speaks volumes. Even as she began to lose her grip on reality and became increasingly unhinged (read: no longer useful), he didn't kill her or throw her out. For the excessively pragmatic Voldemort, this is a miracle. He may have felt some lingering nostalgia or fondness for her, because I doubt any other Death Eater would still be alive, given her screwups. And of course, there is his reaction when she dies. You could interpret the scream as him realizing that it might all be over, but he did try to kill Molly Weasley. The Dark Lord seeking revenge over the death of a follower is about as likely as him bestowing nicknames on someone. Bella was clearly special.

So in conclusion, I do think that he cared about her, or was at least fond of her. In my mind, Voldemort saw Bella as he sees Nagini: as a prized possession which he trusted and even liked. He undoubtedly would have sacrificed her if the circumstances had mandated it, because after all, this is the Dark Lord we are talking about, but he might have lost a bit more sleep over it than the death of Severus Snape. He certainly would never kill her if he felt he didn't have to.

Whhooo, that was a long post! I salute you if you managed to get though that. So, discuss! Answer the questions yourself!
link

een jaar geleden mooimafish17 said…
Speaking of ff, im adding another bit to my Bellatrix one. What do you guys think of the name "Isadora"?

een jaar geleden GemonkDruid said…
I like eggs too!

een jaar geleden harrypotterbest said…
I did :) And reviewed. :D
So what do you think?
Bellamort: YES or NO? 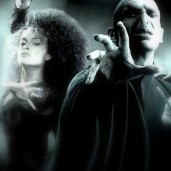 een jaar geleden emilyroxx said…
Yessssss....? Kind of. But I do agree with Gemonk.
Previous
Something to say? Sign in with one of these options:
Log in to Fanpop! Not yet registered? Create a new Fanpop account!